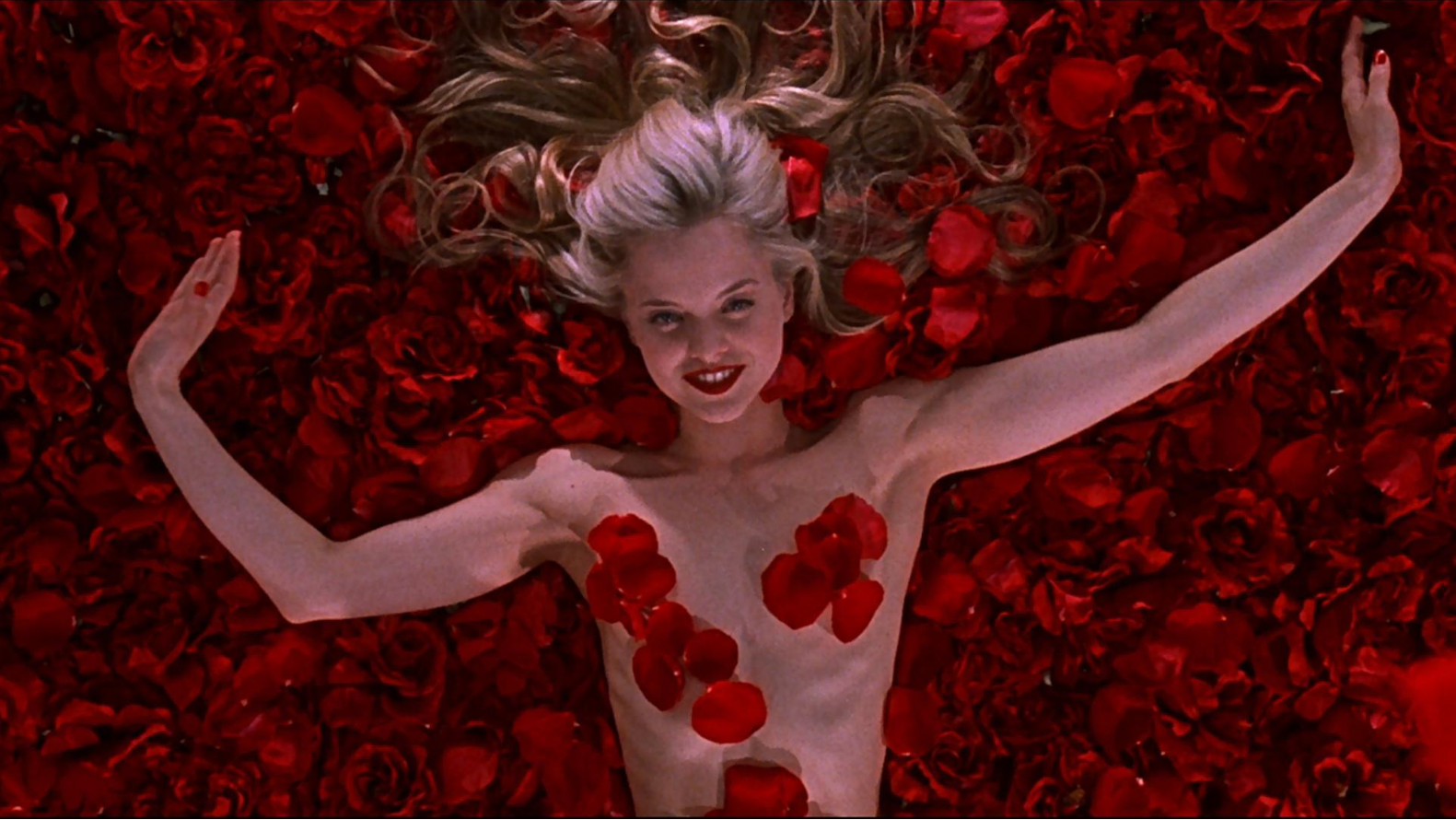 “American Beauty” is arguably the best film of 1999, itself a banner year for movies. Audiences were treated to such great flicks as “The Green Mile,” “The Sixth Sense,” “Magnolia,” “Fight Club,” and “The Matrix,” but it was “American Beauty” that reigned supreme at the 72nd Academy Awards, winning a whopping 5 Oscars out of 8 nominations.

Roger Ebert gave it a maximum 4 out of 4 stars, saying “‘American Beauty’ is a comedy because we laugh at the absurdity of the hero’s problems. And a tragedy because we can identify with his failure–not the specific details, but the general outline.”

Throughout the film, roses are featured as a motif. They are emblematic of the dichotomy of life, oftentimes beautiful but also thorny and painful.

The title “American Beauty” can seemingly refer to any number of things, such as an idealized American family, the Lolita in the film named Angela played by Mena Suvari, or the prototypical American dream that we all strive to achieve.

However, screenwriter Alan Ball and director Sam Mendes likely had something far more specific and meaningful in mind. Not only is “American Beauty” the title of the film, but American Beauty is also the name of a breed of roses that while pretty and appealing in appearance, is often susceptible to rot underneath the surface, at the roots and branches of the plant.

It’s true. According to Wikipedia, Rosa American Beauty “became a famous greenhouse variety and was the best selling rose cultivar in the United States until the 1920s,” though it is “is susceptible to the fungi diseases of mildew, rust, and block spot.”

Thus the tagline for the film “… look closer” tells the viewer that when they look beyond the “perfect suburban life” they will find something rancid at the root.