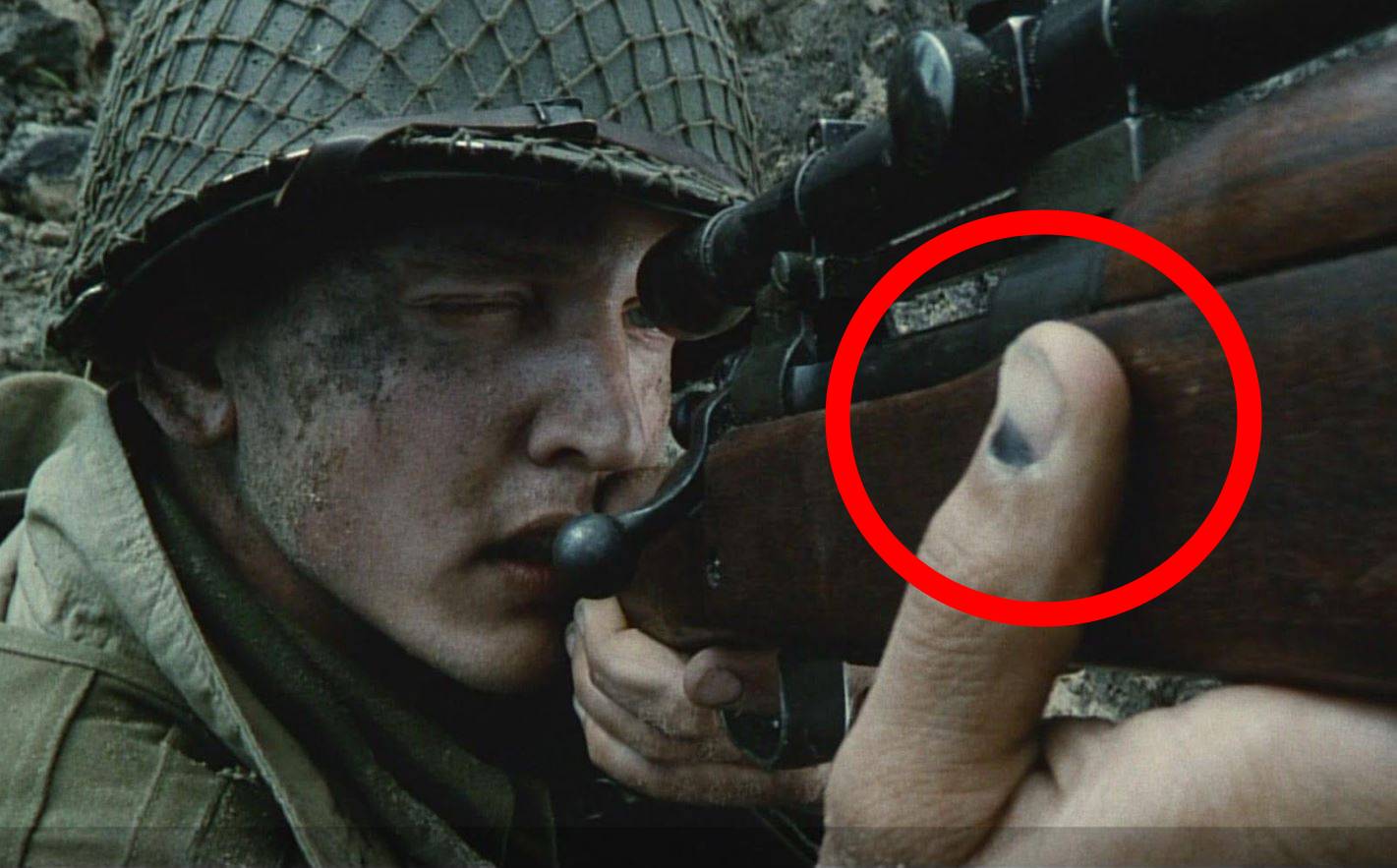 You’d have to be a pretty big gun or military enthusiast to know what “Garand Thumb” is, and an even bigger film enthusiast to know that it is featured in Steven Spielberg’s 1998 epic “Saving Private Ryan.” So if you’re the average Joe or Jill who has never heard of Garand Thumb before, strap in, I’m going to learn you all about it. And trust me–it’s fascinating.

But first, this post should’ve admittedly run a few weeks ago, closer to Memorial Day or the D-Day anniversary. After all, “Saving Private Ryan” is practically synonymous with the latter. However, if you’ve been hanging around Metaflix.com recently, you may have noticed a few changes. Yes, the site now features a totally new design. And yes, both our Memorial Day post about “Come and See” and D-Day post about “Saving Private Ryan” did MASSIVE views celebrating their respective occasions. So hopefully you’re willing to grant a little leniency on the timing of this post.

This edition of Movie Detail Monday is a little different from the rest, however, in that it doesn’t involve a prop or some other little tidbit inserted into the film production to serve as an Easter egg. Instead, it involves some weapons history and “Saving Private Ryan” backstory.

You can see in the featured photo a distinctive bruise under the thumbnail of Private Jackson, played by Barry Pepper. It’s an injury known as “Garand Thumb,” a common occurrence during WWII from soldiers’ thumbs getting caught in the loading mechanism of M1 Garands. The bruise appears to be real as opposed to being makeup, so it seems this really happened to Pepper.

Now you might be saying, “Well geez fella, Private Jackson is a sniper and he uses a Springfield 1903 throughout the movie, not a Garand.” And you’d mostly be correct. However, Private Jackson uses a M1 Garand when they storm the MG nest by the radar site, so there’s that.

How might Barry suffer such an injury? All the main actors (with the exception of Matt Damon) had to undergo period-authentic military training before the movie, so there’s a good chance that’s when the injury occurred. And just because we like to be thorough, check out this video by Hickok45 about “Garand Thumb” and how NOT to load an M1 Garand.