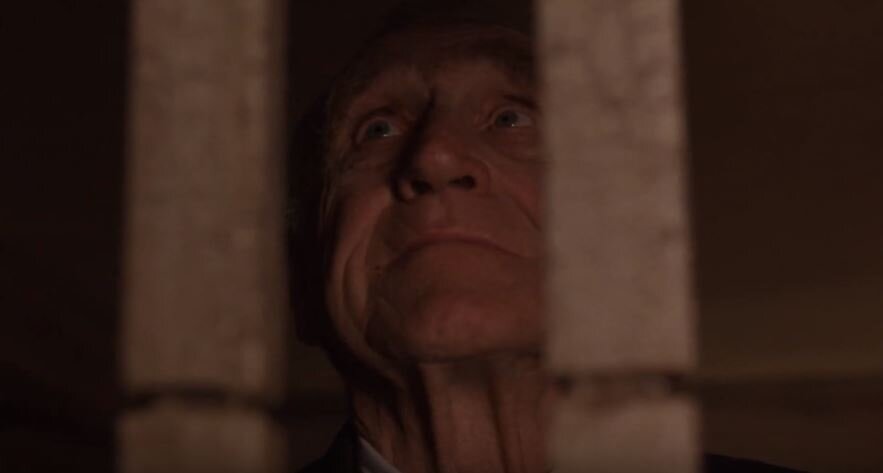 Filmmaking is one of the highest forms of art and the more we here at Metaflix can relay that to the general public, the better we’re doing our job.

As for myself, there’s no better way I can demonstrate this point than to feature a detail from my all-time favorite movie, “The Shawshank Redemption.” So for this edition of our ever popular Movie Detail Monday series, let’s focus on a particularly compelling scene from Shawshank, a film that represents one of just two films I’ve ever rated a perfect 10 out of 10.

During the sequence that follows Brooks, the old man who gets paroled after some 50 years of incarceration, he narrates his feelings about how the outside world is scary and foreign to him. In the words of Red, he’s been “institutionalized.” As a result, Brooks has this to say:

Then comes the moment seen in the featured image above. The shot is purposefully and heartbreakingly framed in such a way that it resembles bars on a prison cell. In turn, we see Brooks smile one last time.

In this article:Featured, Movie Detail Monday, The Shawshank Redemption