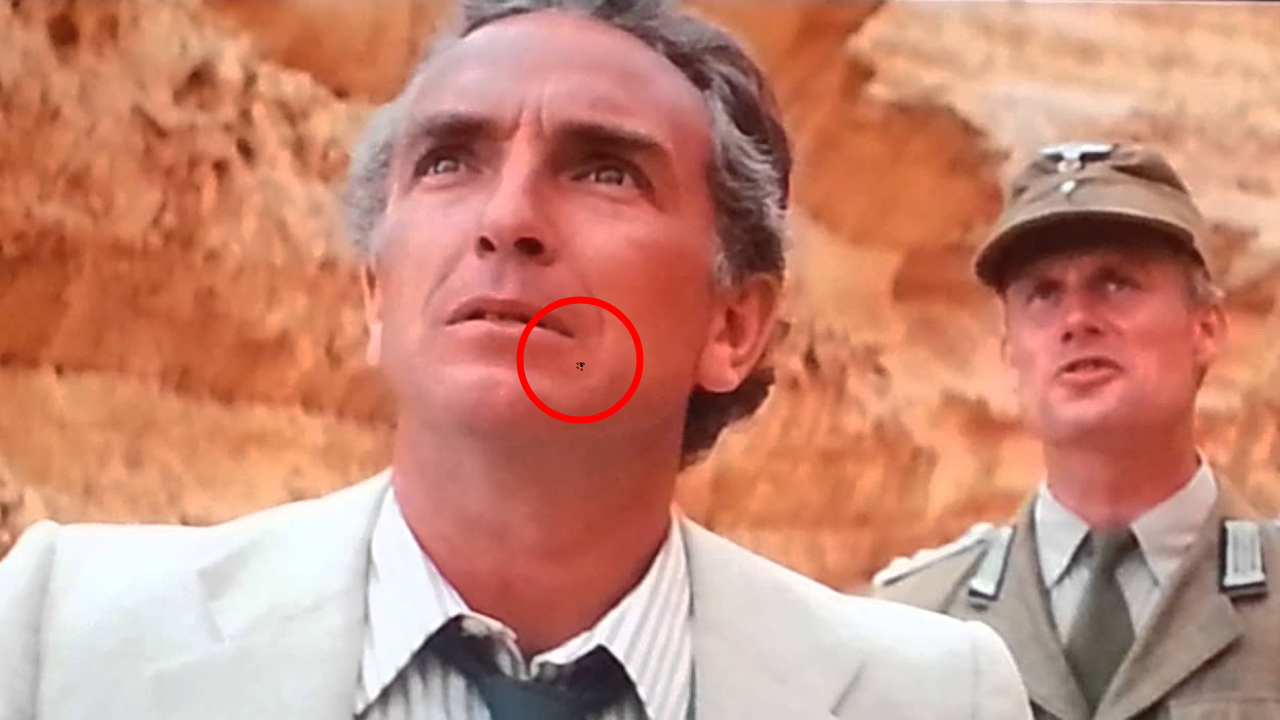 Some of the most memorable and widely discussed moments in film are those that are completely unplanned, whether they be bloopers, bits of serendipity, or in the case of the fly in “Indiana Jones and the Raiders of the Lost Ark,” random acts of nature.

The occurrence is a pretty famous piece of movie trivia, but for those who aren’t familiar with it, the story goes like this: at approximately 1:42:25 into the Steven Spielberg classic, Indiana Jones (Harrison Ford) confronts Belloq (Paul Freeman) with a rocket launcher, threatening to blow up the coveted ark. Belloq, though taken aback, commends Jones on his persistence while further stating, “You’re going to give mercenaries a bad name.”

It is during this line that a live fly lands on the actors face, moves towards his mouth, and seems to disappear inside. The following video captures the moment:

However, unlike the what the title of the video says, there’s actually a bit of film trickery going on. The fly indeed disappears, and one might understandably assume it disappeared into Paul Freeman’s mouth. However, watch the video again, this time even more closely than before.

The fly is not seen rounding the crest of Freeman’s lower lip and entering his mouth. The fly is simply on Freeman’s lip one frame then gone the next. So what gives?

Contrary to popular belief, Freeman did not, in fact, swallow the fly. The actor has since explained in subsequent interviews that the fly flew off his lip the moment he said the word “bad.”

However, Steven Spielberg noticed the situation in the editing bay and decided it would be funny to cut out the frames that showed the bug flying away in order to make it seem as though Freeman ate it. In other words, something of an inside joke.

Think Paul Freeman finds it funny? Probably not. Nobody wants to be known for eating a fly. Although he seems fine answering questions about it, it’s safe to assume Freeman would rather have his extraordinary performance be the central focus of his Raiders interviews.

Check out the below video to hear Freeman discuss it directly. It’s covered within the first 30 seconds.