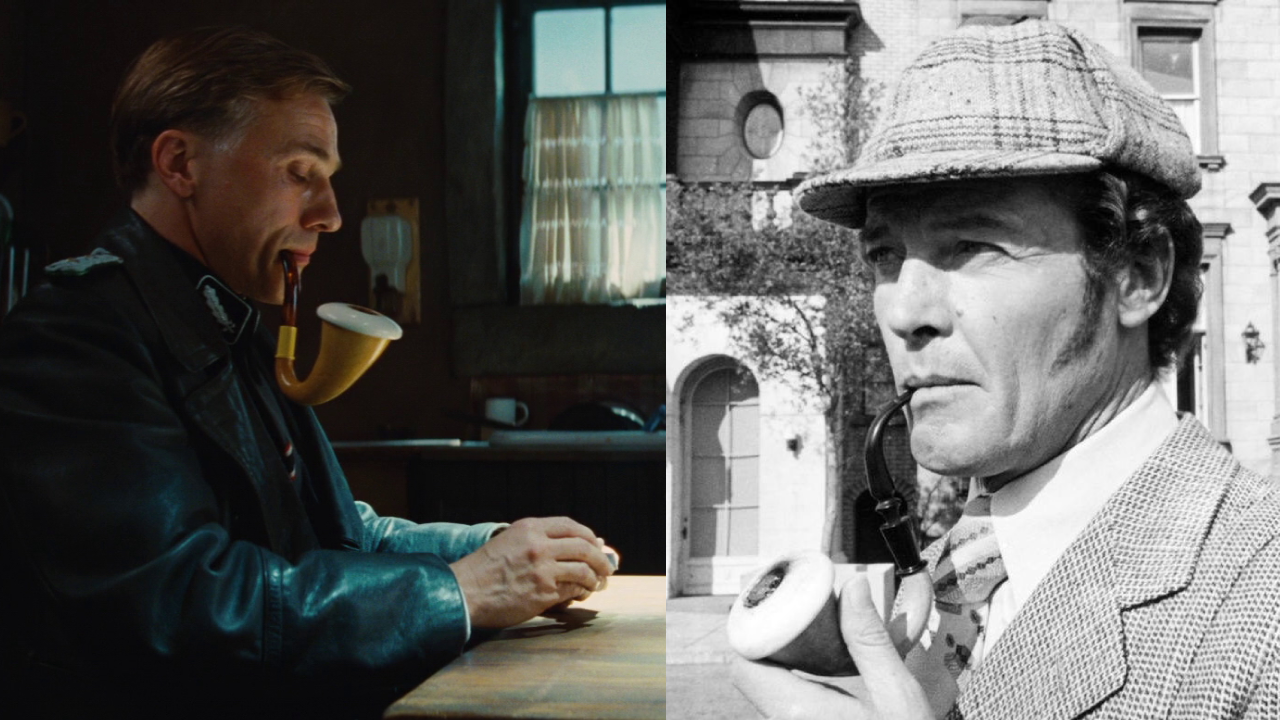 The opening sequence of Quentin Tarantino’s “Inglourious Basterds” is heralded as being among the finest ever written. For 20 minutes QT titillates the audience with scintillating dialogue, drama, and details, exquisitely setting the tone for the next 130 minutes to come.

There are plenty of pieces of trivia included in this section of the movie alone that are deserving of their own Movie Detail Monday post. Eventually, we hope to get to all of them. But for today, we’re focusing on just one: Hans Landa and his Calabash Meerschaum pipe.

As Landa, played to menacing perfection by Christoph Waltz, interrogates Perrier LaPadite in his farmhouse about the unknown whereabouts of a Jewish family who used to live nearby, LaPadite requests and then receives permission from his counterpart to smoke his pipe.

Later in the interrogation, Landa similarly requests and then receives permission from his counterpart to smoke a pipe of his own. Landa then pulls out, packs, and lights a cartoonishly large Calabash Meerschaum pipe.

What’s the significance of the pipe, you ask? QT included it for a number of reasons. Firstly, it adds a bit of comic relief to the otherwise tension-filled scene. I’ve never been in a theater for a screening of “Inglourious Basterds” when this particular moment didn’t receive a protracted laugh from the audience.

Secondly, Landa fancies himself as a great (though evil) and rather well-known detective. The pipe serves as an allusion to another famous detective of his time: Sherlock Holmes. The Calabash style pipe is synonymous with Holmes, hence its use in the film.

And that’s not all. While writing the script, QT planned on having Landa smoking the Calabash pipe for rather traditional reasons, such as during pensive pauses and the like. However, during pre-production, QT consulted with Waltz on whether or not Landa should actually be a pipe smoker, or if Landa only utilizes the pipe during that sequence for theatrical purposes.

Want to know the answer? Check out the video below for the full story straight from the horse’s mouth.