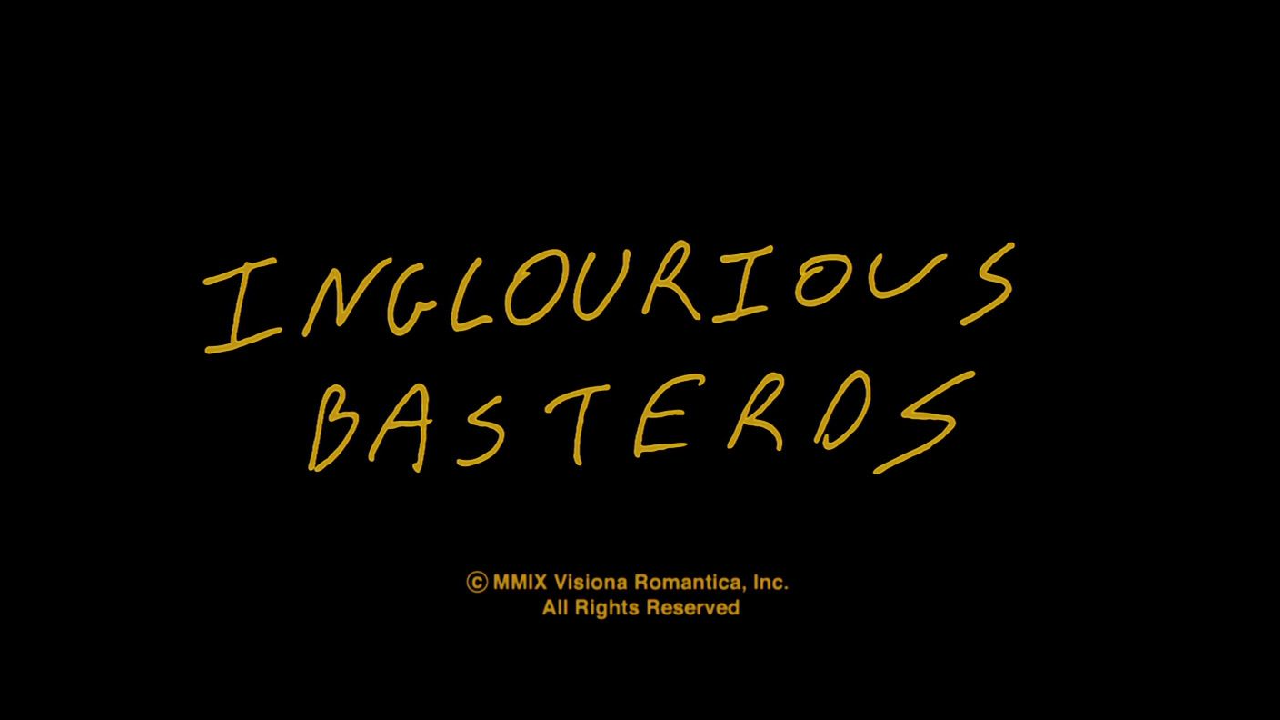 This edition of Movie Detail Monday is in honor of the Battle Royale With Cheese runner-up “Inglourious Basterds,” which fought nobly against #1 seed “Pulp Fiction” but ultimately lost by a margin of 69% to 31%.

It’s common knowledge throughout the film community that Quentin Tarantino writes his scripts longhand, choosing the traditional method of putting pen (or pencil, or marker, or crayon, whatever he happens to have laying around) to paper instead of using modern screenwriting software.

QT famously dropped out of school at the age of fifteen and given his manic way of thinking, speaking and doing just about everything, it’s no surprise that his penmanship is a bit of a slopfest. However, the maestro of cinematic mayhem is also living proof that one doesn’t need good penmanship to write extraordinary scripts. After all, Tarantino is among the best writers of dialogue on the planet (and the other components of his filmmaking ain’t too shabby, either).

To wit, check out the image below of a scanned version of the title page from his “Inglourious Basterds” script. Then check out the title card used in the opening credits of the movie. Notice any similarities?

Indeed, hidden in plain sight, QT used a scanned copy of his handwritten title page as the font for the title card of “Inglourious Basterds.” Yet another reason why “Inglourious Basterds” was the number 3 seed in our Battle Royale tournament. Be careful, though. If you indicate such using the fingers on your hand, make sure you indicate “three” using your thumb, index and middle finger. Don’t want to blow your cover!