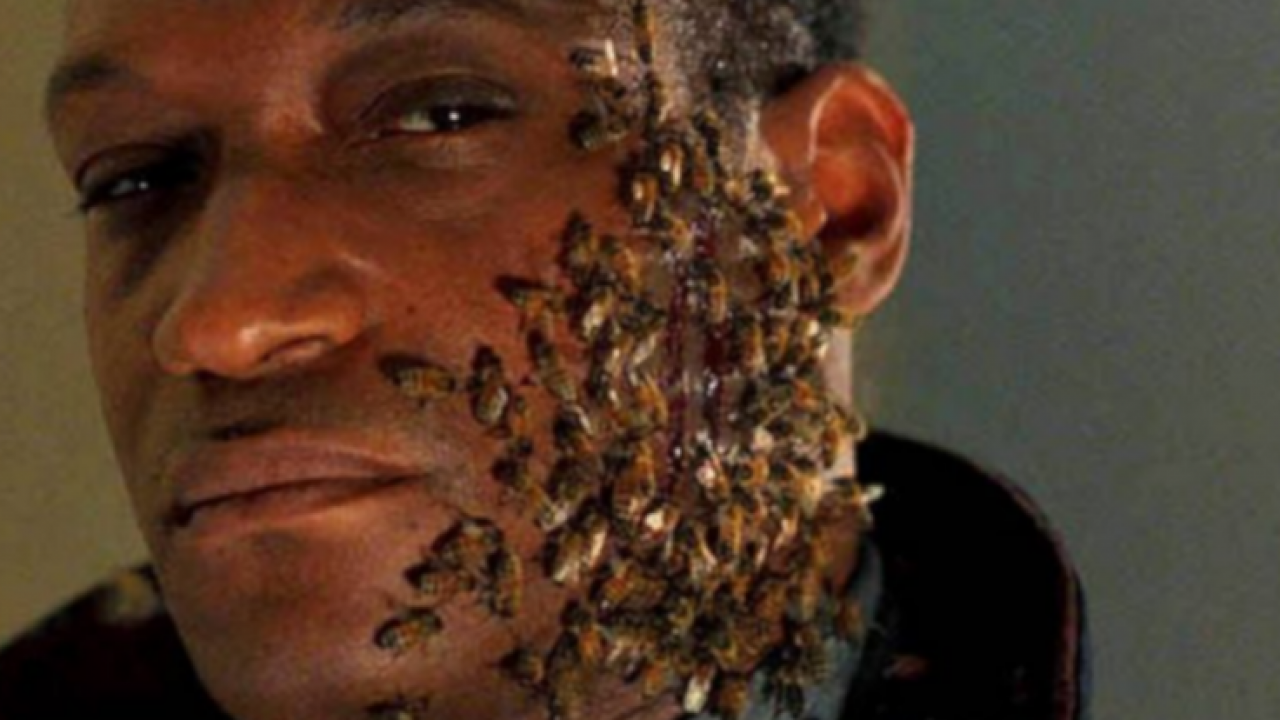 There’s a price for everything in Hollywood, including getting stung by real bees.

As everyone who’s seen the horror flick “Candyman” knows, bees play a substantial role in the angst-inducing picture. Were they CGI? Nope. Actual bees, man!