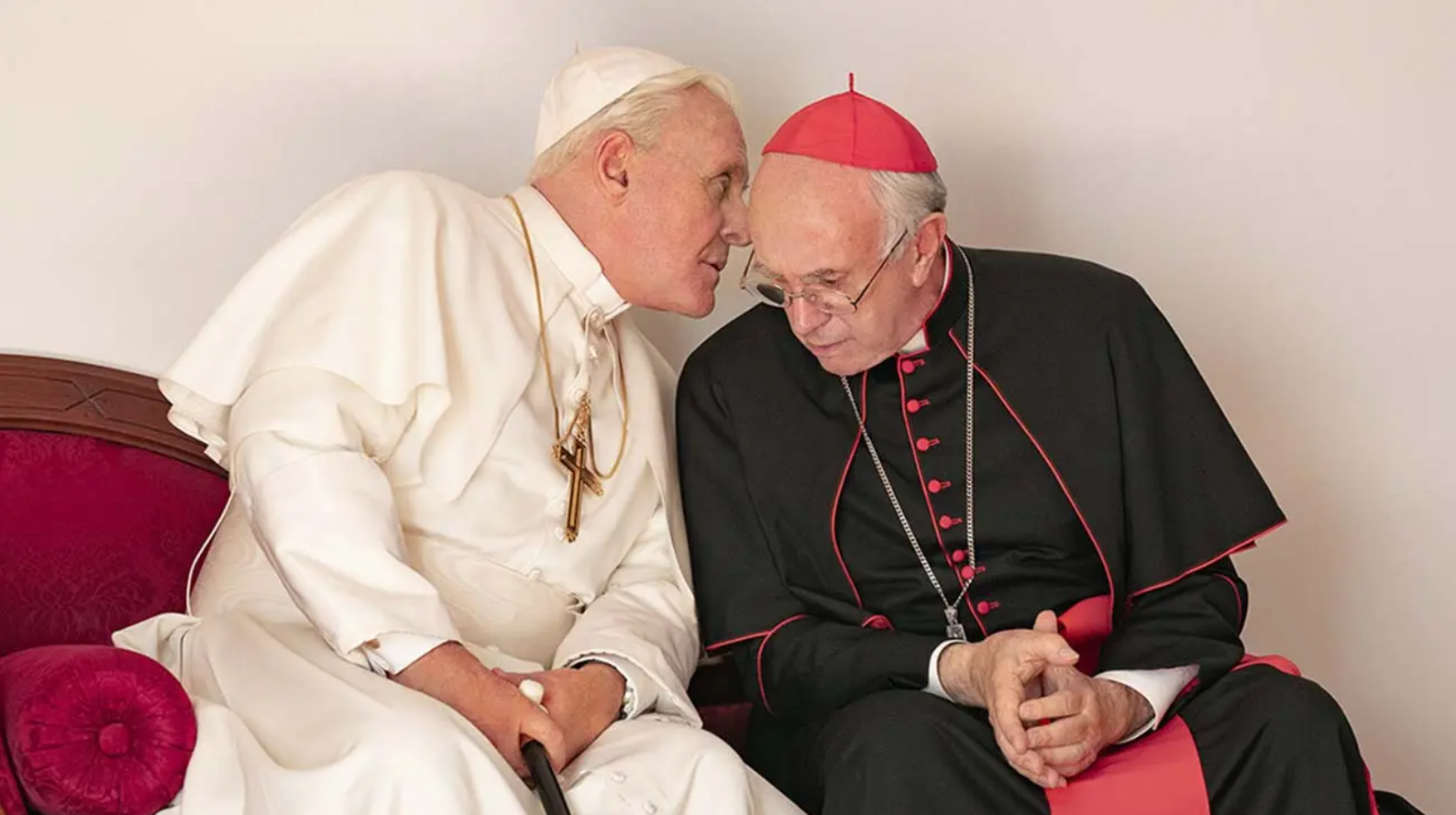 Netflix’s “The Two Popes” landed on my Top 10 list last year and definitely exists as an under-the-radar gem. Sure, it may not necessarily be underappreciated, or under-anything in people’s opinion given that it did receive 3 Oscar nominations, but take a poll of your 10 closest confidants and the odds are that almost none of them have seen it.

The purpose of the interaction is fairly obvious, portraying Francis as being a bit more hip and whimsical compared to the straight-laced Benedict, who only knows classical music. Benedict even goes so far as to ask Francis what hymn he his whistling despite it being a well-known pop song.

Some viewers—like myself—may then be left wondering, “but why ABBA?” Well, like almost everything seen or heard in a film, it certainly isn’t random. “Abba,” it turns out, is Aramaic for “father,” which can be referencing either the pope or God, depending on the context. Neat!

Be sure to check out the scene below while praying for cinemas to open as expeditiously as possible.