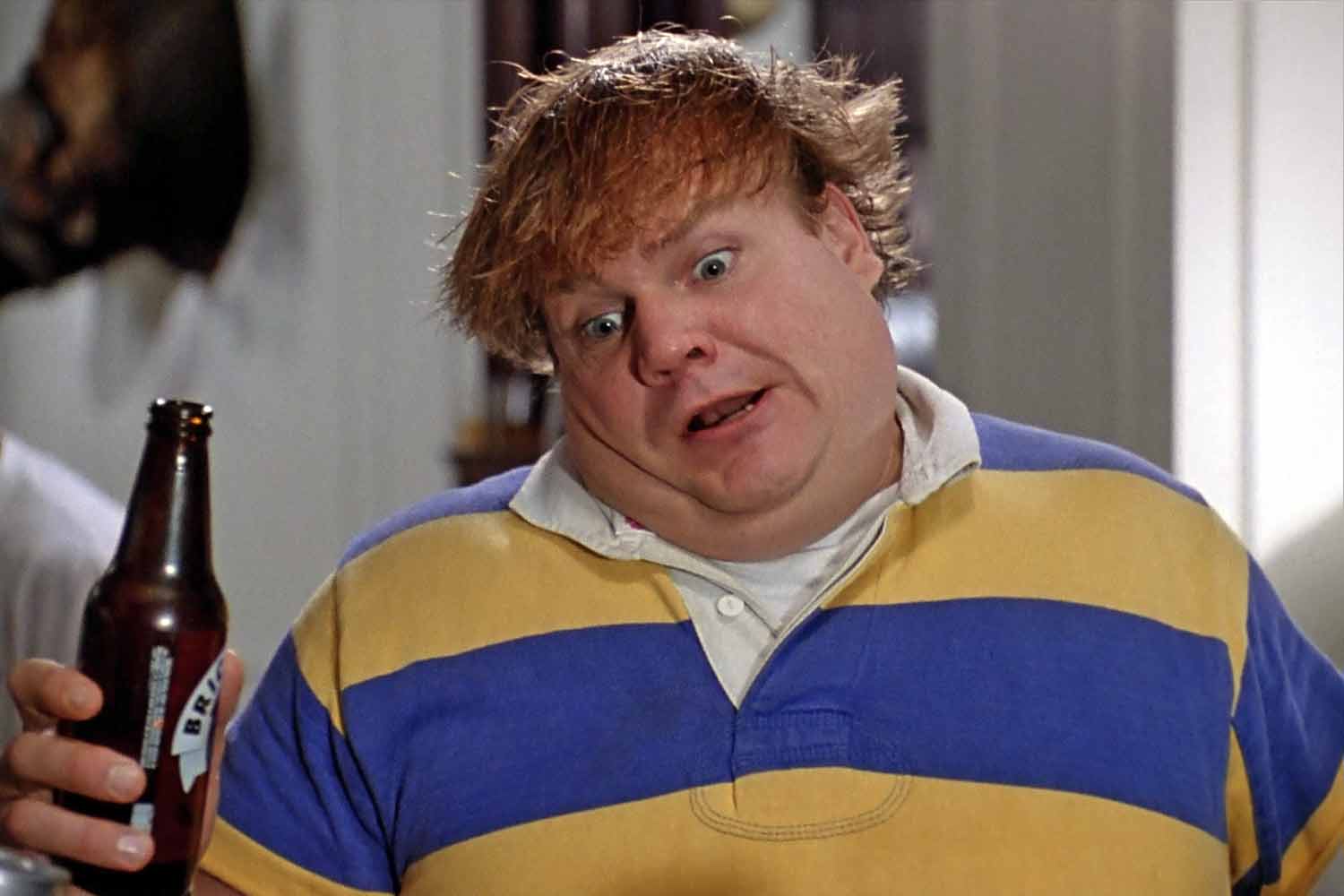 Chris Farley is the personification of the adage that says, “a flame that burns twice as bright burns half as long.” The beloved actor, known for his manic energy and boisterous personality both on and off set, died tragically in 1997 at the age of 33 from a drug overdose.

Farley rose to prominence on “Saturday Night Live” while dabbling in bit parts for movies such as 1993’s “Coneheads” and “Wayne’s World 2.” It was his leading role as Tommy in the smash hit comedy “Tommy Boy,” however, that propelled the actor to international superstardom.

While Farley was nothing like the bumbling buffoon Tommy, reality and fiction did indeed intersect. Just like Tommy, Farley went to Marquette University in real life, graduating in 1986 with a double major in communications and theater (though he likely didn’t squeak by with a D+ in History 201 after attributing the signing of the Declaration of Independence to Herbie Hancock).

Farley also played rugby for the Golden Eagles, which shares another commonality with ‘Tommy Boy.’ Notice the shirt Tommy is wearing? Yup, that’s a Marquette blue and gold rugby jersey.