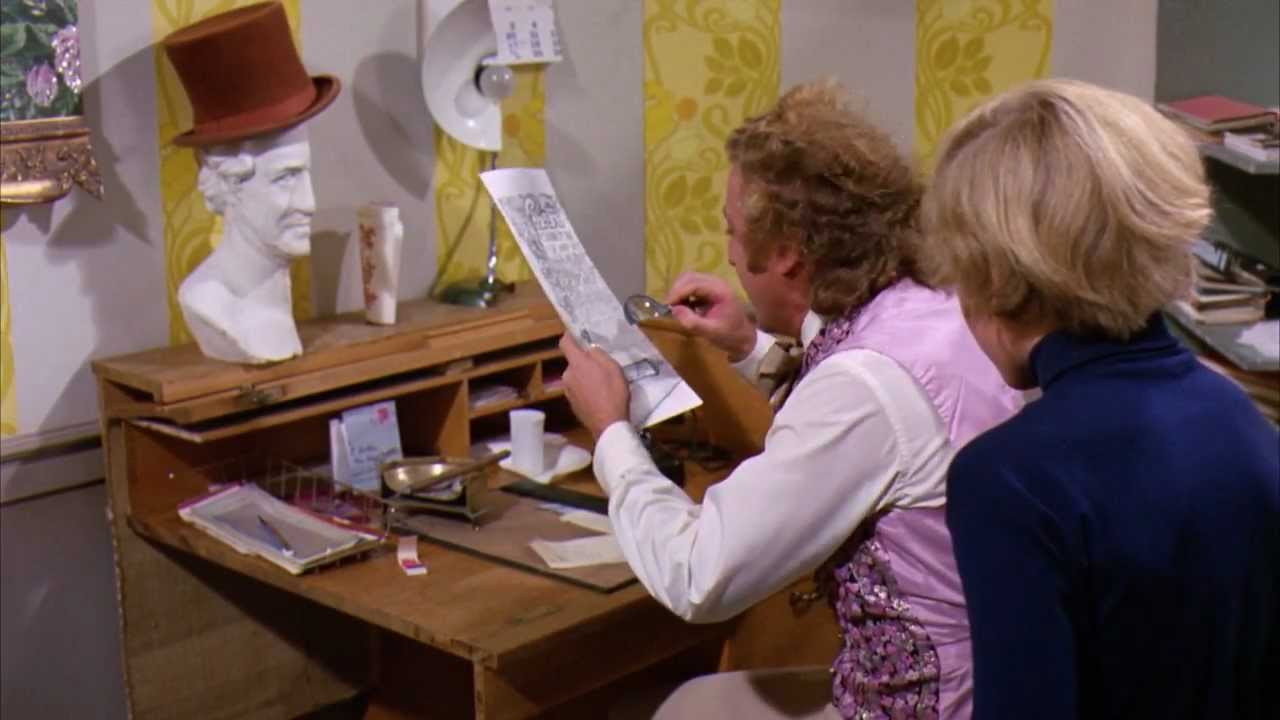 Everyone remembers the penultimate scene in “Willy Wonka and the Chocolate Factory” in which Charlie ventures into Wonka’s office to return the Everlasting Gobstopper. In return, he’s rewarded with the entire Chocolate Factory as the winner of Wonka’s bonkers contest.

Part of the reason why that scene is so memorable is because Wonka’s office is so bizarrely decorated with everything being cut in half. Why? Well, for no other reason than to give the office a sense of odd continuity along with the rest of the factory. It’s really as simple and straightforward as that.

Director Mel Stuart has explained the choice by saying he didn’t want to end the movie in an ordinary office after having gone through all the creative rooms in the factory. So how does one gussy up an office? Easy. Cut everything in half. Therefore there’s no real symbology or messaging involved like some may think. It’s just meant to be visually bizarre.

The end result is perhaps more of a lesson in simplicity than some sort of grand creativity. Directors, production designers, painters, authors–whomever, really–can see the mighty effect that stripping everything down to its very basics can achieve.