Sci-fi buffs (myself included) likely released a collective sigh of relief upon their first viewing of “Dune’s” first official trailer, which was released this morning. From the scale and tone of the trailer, it seems as though fans of Frank Herbert’s novel “Dune” are sure to find themselves watching either a faithful adaption of the novel or at the very least an explosive, action-packed, sci-fi thriller.

The trailer introduces us to the film’s protagonist, Paul (Timothée Chalamet), as he sets off to lead nomadic tribes in a battle to control the desert planet Arrakis, which is being invaded by outsiders who seek to obtain the life-extending substance that can only be found on the planet, known as “spice.”

With a film score composed by the legendary Hans Zimmer, this film is making itself out to be one of the greats of 2021. What’s more, “Dune” will be available to watch in theatres on October 22, 2021, with a simultaneous HBO Max release for at-home streamers. However, be aware that the film will only be on HBO Max for 31 days, after which it will be taken off the platform.

Watch the first “Dune” trailer above! 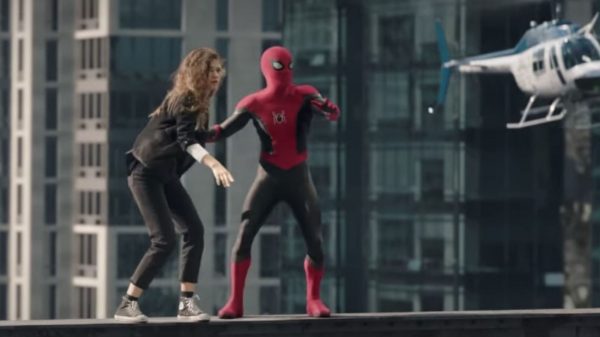