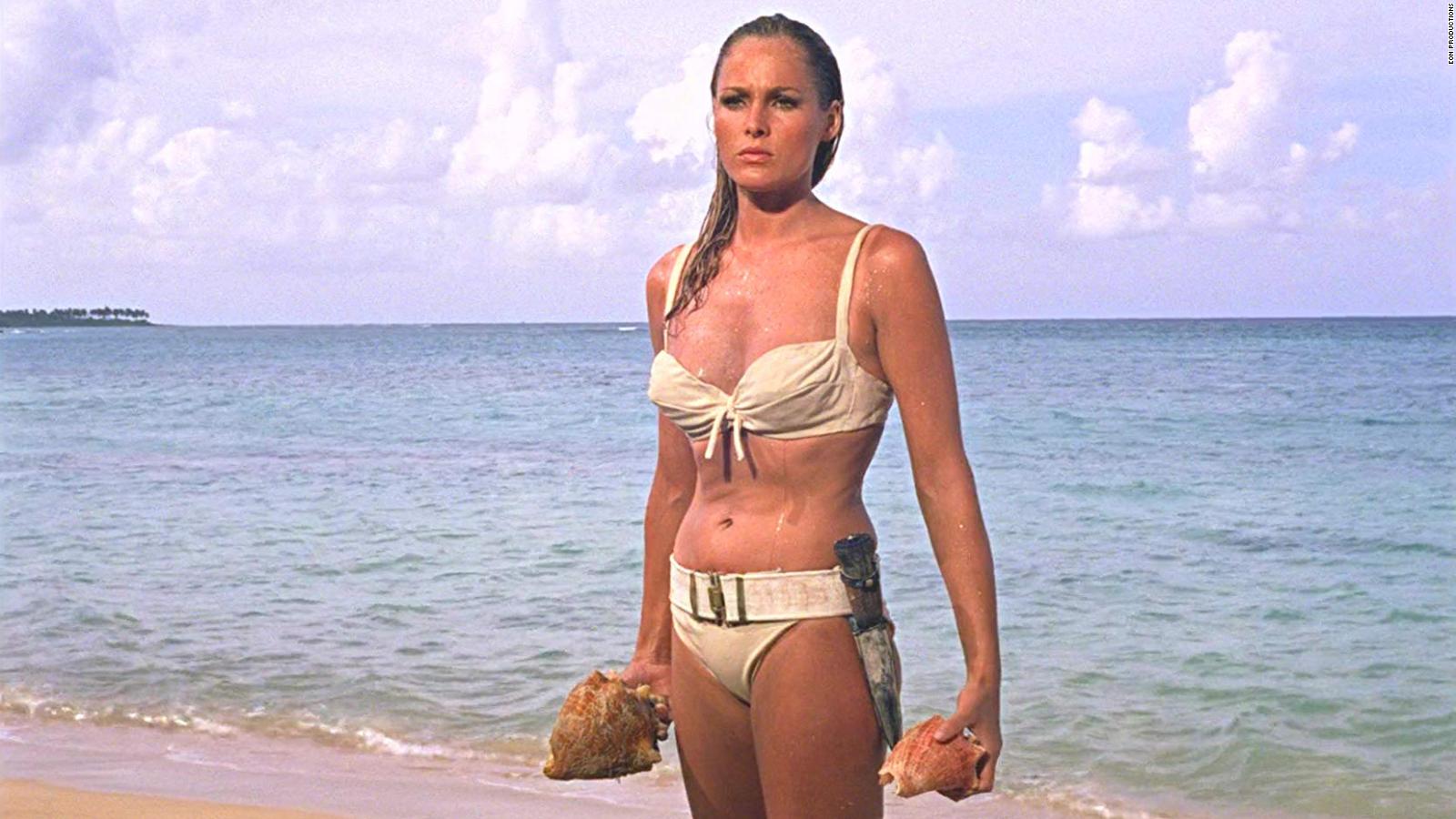 Upon hearing the news last week that the next installment in the James Bond saga “No Time to Die” has been delayed from November to April 2, 2021, fans of the spy franchise may have been feeling a bit put off. But worry not! There’s still a way to satisfy that 007 fix next month … as long as you have upwards of a cool half a milli burning a hole in your pocket.

The iconic ivory colored bikini worn by Ursula Andress in 1962’s “Dr. No” starring Sean Connery is heading to the auction block in Los Angeles with a hefty estimated price tag of up to $500,000, auctioneers Profiles in History said on Wednesday.

“Dr. No” represents the first film in the legendary Bond franchise. To put that into perspective, Daniel Craig’s upcoming caper is the 25th. Accordingly, Andress played Honey Ryder, the original Bond girl, a role that subsequently went on to become one of the most coveted in Hollywood.

While wearing the now-wildly famous bikini in the film, she’s seen seductively emerging from the ocean holding a seashell and singing, with a scabbard belted to her hips.

“What are you doing here, looking for shells?” Ryder asks, startled by the sudden presence of Bond. “No, I’m just looking,” Bond replies.

“It is regarded as the most famous bikini in the world,” said Brian Chanes, head of acquisitions at Profiles in History.

“It’s one of the most memorable scenes in the entire Bond franchise,” he said. “It helped bikinis become more mainstream and it started the whole Bond girl phenomenon.”

Andress herself first sold the bikini at a London auction in 2001.

It’s not the only Bond item up for sale. Other costumes items from the franchise up for bid include Roger Moore’s monogrammed pajamas from “Live and Let Die”; the gray signature jacket worn by villain Ernst Blofeld in “Diamonds are Forever”; and Jane Seymour’s emerald psychic cape and headdress from “Live and Let Die.”

“Things from the Bond franchise are relatively rare especially the further you go back in time,” said Chanes. “With Bond especially it’s very much an international crowd.”

For now, the auction is still expected to take place online and in Los Angeles on Nov. 12-13, dates that originally coincided with the upcoming release of “No Time to Die.” We’ll update this space if the auction is delayed until April in order to once again align with the film’s release date.