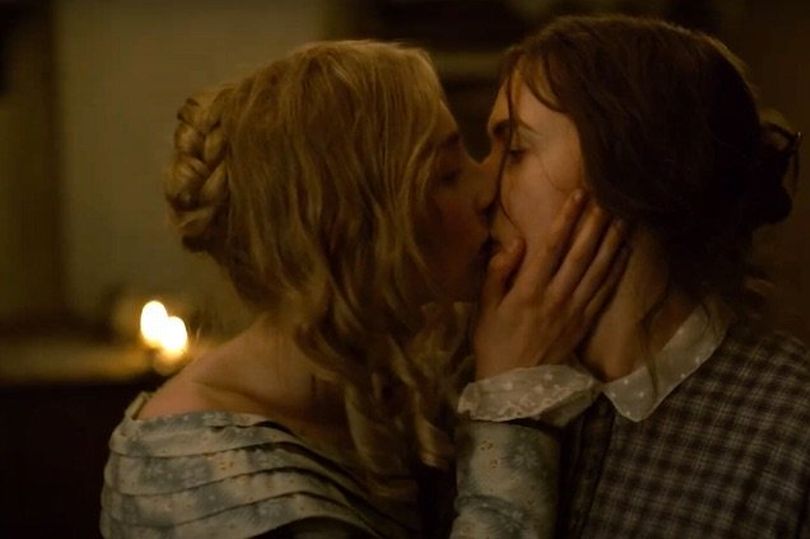 Everyone wants to get lucky on their birthday. For most, however, hopping between the sheets with Kate Winslet is little more than a pipe dream–except if you’re Saoirse Ronan.

According to an interview with Winslet, she wanted to give her “Ammonite” co-star a birthday gift the Irish star would never forget. That’s why on April 12, during production of the film and the day Ronan turned 26, Winslet had the crew schedule a planned sex scene between the two.

“I just wanted her to have, frankly, a great memory in her film life, regardless of how the scene played out or the movie turned out,” said Winslet, 45.

As is getting increasingly common these days, heightened sensitivity while filming such a scene was at the forefront of the minds of those involved. Winslet noted that director Francis Lee was nervous about filming that particular sequence of the movie, so she and Ronan agreed to choreograph it themselves.

“He was so concerned to be appropriate in terms of his behaviour,” Winslet said.

Meanwhile, only female crew were allowed in the room for filming.

“I just could feel that Saoirse and I had the same ideas in terms of what we wanted to express in the scene,” the Oscar winning English actress said.

“The emotional underpinning of the scene, the connection between these two women — which is, of course, more important than anything in any love scene. We were on the same page in terms of that.”

“Ammonite” had its world premiere at the Toronto International Film Festival on Sept. 11 to highly acclaimed reviews. The film current holds a 72% Fresh rating on Rotten Tomatoes with a critical consensus that reads, “The chemistry between Saoirse Ronan and a never-better Kate Winslet helps Ammonite transcend its period romance trappings.”

“Ammonite” is scheduled to be released Nov. 13. Check out the trailer below.