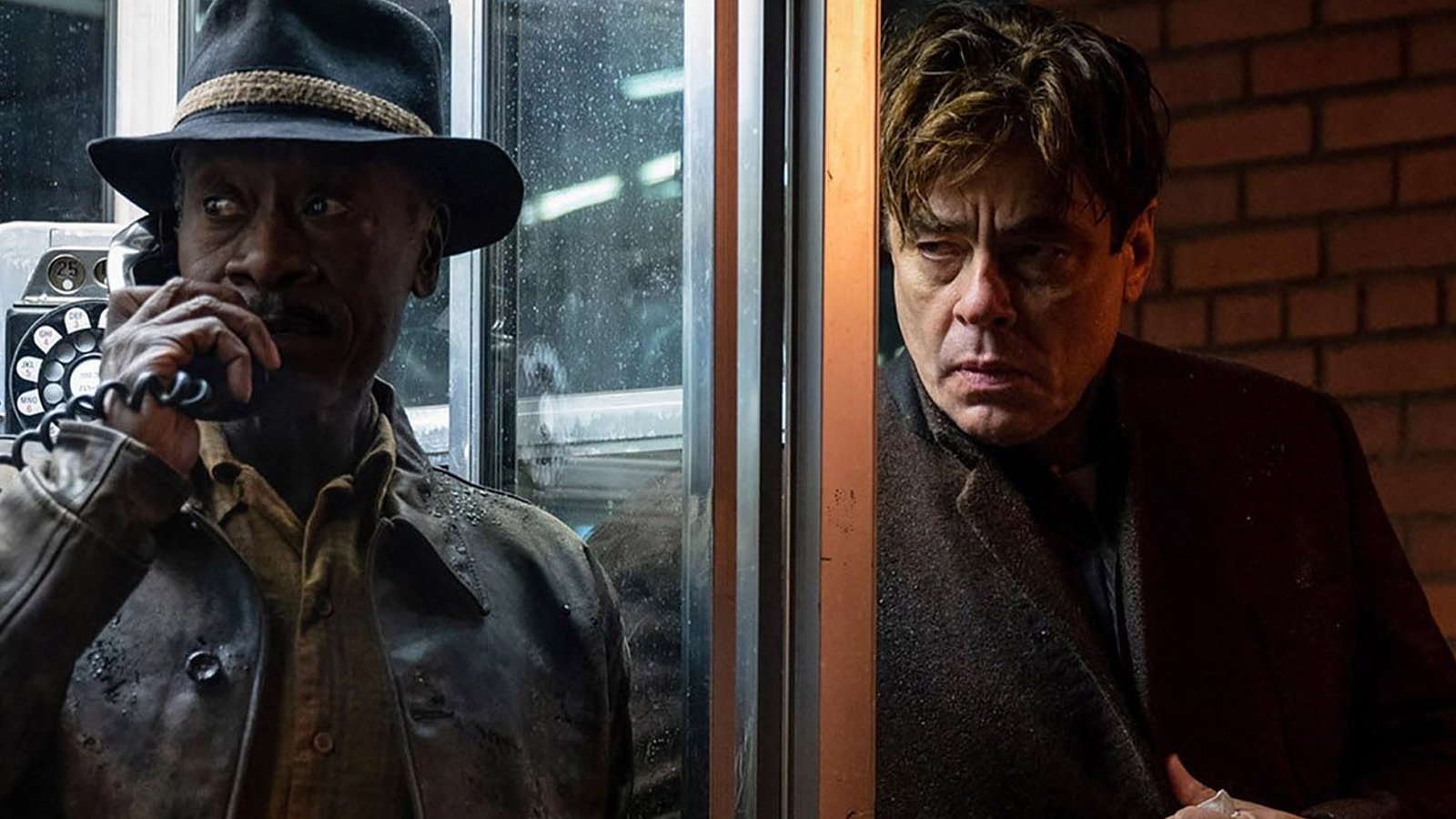 Jean-Luc Godard is often misquoted as having said “All you need to make a movie is a girl and a gun.” In actuality, the French New Wave filmmaker said something similar in reference to D.W. Griffith. But it may as well be Godard’s quote, as Griffith will go down in history with the asterisk of “The Birth of a Nation” next to his name. Regardless, the quote’s truth is exemplified by the strength of this film. Money, girls, and guns are the three motivating factors throughout the movie. Boiling it down to such basic motivations allows director Steven Soderbergh to keep a whole web of characters basically coherent.

Plunging into “No Sudden Move,” you’d expect it to be like the director’s other work in the heist genre. Instead, this entry in his filmography feels more akin to a Coen Brothers movie than an “Ocean’s 11” sequel; the film is an ensemble of conflicting motivations that eventually comes to a climactic head where it juggles every spinning plate.

“No Sudden Move” takes place in Detroit in the year 1954. It follows three masked men (Don Cheadle, Benicio Del Toro, and Kieran Culkin) hired by the mob for a simple job. While they force an accountant (David Harbour) to retrieve a file for the gangsters, the men will hold the family hostage to ensure nothing goes wrong. But of course, it does, and nobody knows what exactly is going on. These lowly grunts then spend the remainder of the film trying to turn this simple botched heist into a way to make the top dogs hurt.

There are plots on top of plots here, but they all remain raw and understandable. It’s immensely entertaining to watch these filthy characters screw each other over. Baked into the script by Ben Solomon (“Bill and Ted’s Excellent Adventure,” “Now You See Me”) is the misogyny and racism of the period. “No Sudden Move” isn’t about taking revenge for these injustices, but it does use them as context for the characters in a way that feels genuine and intentional.

For example, the film gives us two reasons to root for our protagonist, Curt. Firstly, his race explicitly paints him as the underdog in this world of gangs. Secondly, the film uses the genuine care Curt has for the woman in his life, as opposed to the mistreatment other characters employ, as a way to trigger our sympathy. The time period gives the film plenty of space to reinforce these sympathies.

Of course, Cheadle’s performance also lends Curt a lot of help. He is the smartest character in most rooms, and you can see the cogs turning in his forehead. Cheadle is the lead in a cast of good performances, from Del Toro as the scummy dummy to Harbour as an archetypical nerdy but loud 50s dad. A surprise actor in the third act adds an extra layer of suspense. His performance is particularly slimy in a cast of characters that would put Nickelodeon Kids Choice Awards to shame. I also must shout out Noah Jupe (“A Quiet Place“), who is decent as the young but burdened Matthew.

Pay attention to how the female characters are shot. It is different in a non-sexualizing way. Sometimes they’re given power by the camera, which faces them head-on. Other times the women in the film are merely moving throughout the frame while it follows our male characters. I wonder if this was an active choice by Soderbergh, or simply another part of his shorthand. Perhaps he needed a quick way to communicate their sudden value to the story.

Regardless, that’s just the tip of the iceberg for the cinematography of “No Sudden Move,” although not all of it is praiseworthy. While I don’t mind Soderbergh’s dutch angles, it’s often unclear why he employs them so much outside of visual interest. However, the film is a masterclass on the frame within the frame. Doorways, windows, and performers are blocked beautifully, giving the sense these characters are truly trapped in their situations.

Many shots use fisheye lenses that majorly distort the edges of the picture. These lenses stretch and squeeze subjects that aren’t in the center of the frame. This technique is distracting for regular dialogue although it is effective for particularly tense scenes. But even then, when the camera pans, it can be obnoxious. The fisheye holds the viewer hostage to the story, unable to soak in the movie’s particular production design in many scenes.

In fact, take a moment to notice Soderbergh’s clear respect for set design. Note his amazing use of props as shorthand to tell quick stories. Dirty dishes inform everything we need to know about a character’s priorities, backstory, and work ethic. A shared cigarette resolves the entire story arc of one character. And of course, close-ups of guns and money riddle the film with quick understandings of motivations and conflicts.

The film’s nostalgic love of the 1950s is immediately apparent. An opening montage of images places the audience in a (non-literally) whitewashed version of the setting. Meanwhile, the film overall seems to be trying its best to ground itself in the true muckiness of the era. The layered sound design also puts the viewer in a time and place, while also acting as subtle stings on moments of dialogue.

“No Sudden Move” is nothing exceptional in most areas. It is efficient and entertaining enough, but doesn’t approach a masterpiece. It’s just decent filmmaking. But sometimes all you need is “a girl and a gun” for a movie to be worth your time. 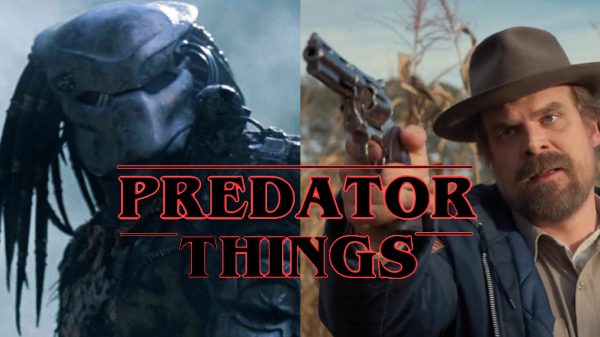 You Missed The Subtle ‘Predator’ References in ‘Stranger Things’

Netflix’s “Stranger Things” is an ’80s reference extravaganza. Fans of the show have well documented the overt “Goonies” and “Aliens” nods throughout the series.... 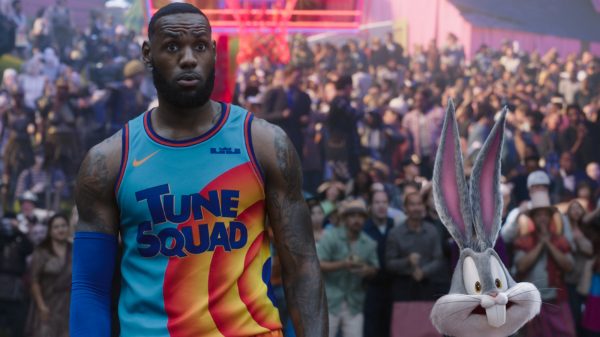 ‘Space Jam: A New Legacy’ Review: What Did We Expect?

The first “Space Jam” movie was created to sell more Air Jordans, introduce the Looney Tunes to a new generation for profit, and help... 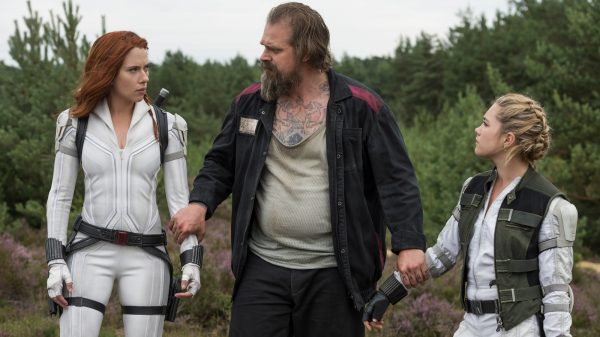 Imagine you’re in the mood for a delicious burger. You pull into a fast-food drive-thru and order your reliable number from the menu. Except...