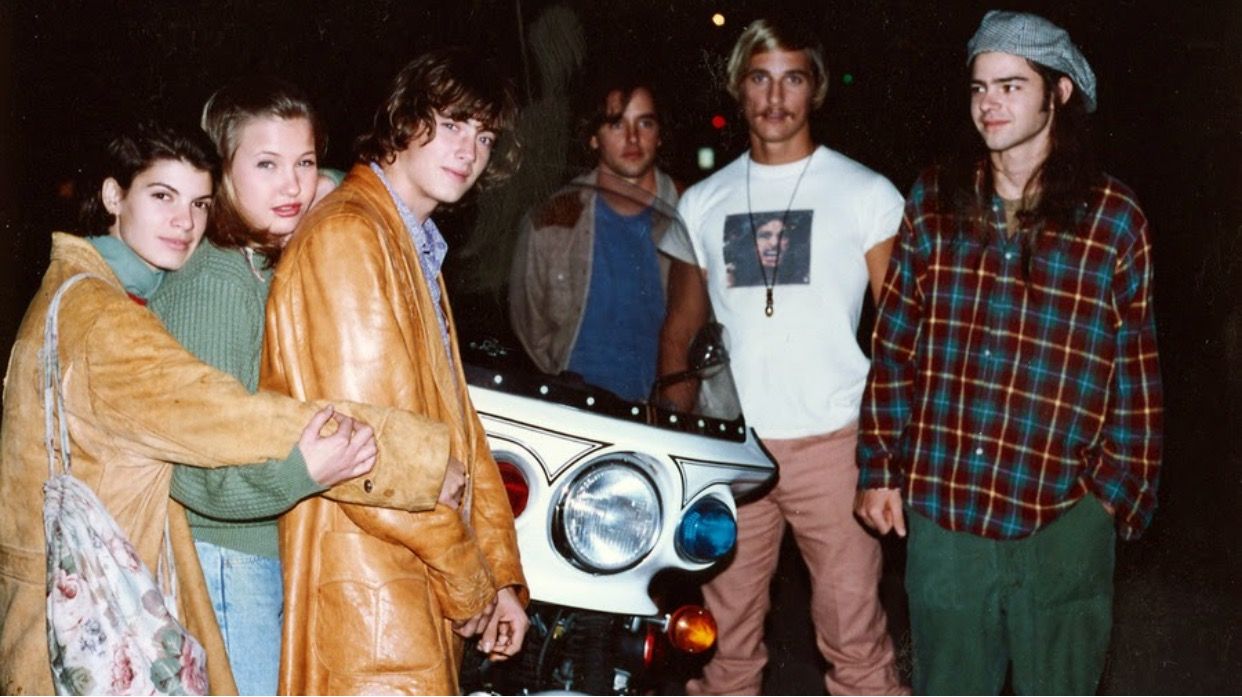 Behind the Scenes Dazed and Confused

When Richard Linklater set out to make “Dazed and Confused,” he stated, “I don’t remember teenage [years] being that dramatic. I remember just trying to go with the flow, socialize, fit in and be cool. The stakes were really low… riding around and trying to look for something to do with the music cranked up, now that happened a lot!”

“Dazed and Confused” is one of the most laid back and fun movies of the last 30 years. The plot is relatively minimal allowing for the audience to sit back and hangout with the ensemble of characters for two hours.

Making sure everyone is having fun on set is one of the best ways to ensure the film you’re making is fun to watch. The photo above shows the cast of “Dazed and Confused” and Linklater hanging out behind the scenes. Christine Harnos hugs Renée Zellweger and Jason London. Director Richard Linklater sports a snazzy cardigan in the back. While Matthew McConaughey and Rory Cochrane are in full costume on the right. And for some hilarious reason all six of them are circled around a police motorcycle.

While I fear McConaughey’s mustache is real, Cochrane’s long hair is actually a hat wig. The actor had short hair while filming so Linklater gave him a wig to complete his stoner look.

The “Dazed” cast was filled with future stars. Linklater recognized the talent he had and allowed for the cast to improvise many scenes. Most notably, Linklater rewrote scenes to give McConaughey’s Wooderson more screen time.

“Dazed and Confused” is a timeless classic that perfectly captures the carefree essence of those teenage summer nights. From the look of this set photo, it seems like the cast was having just as much fun making the film as we did watching it.