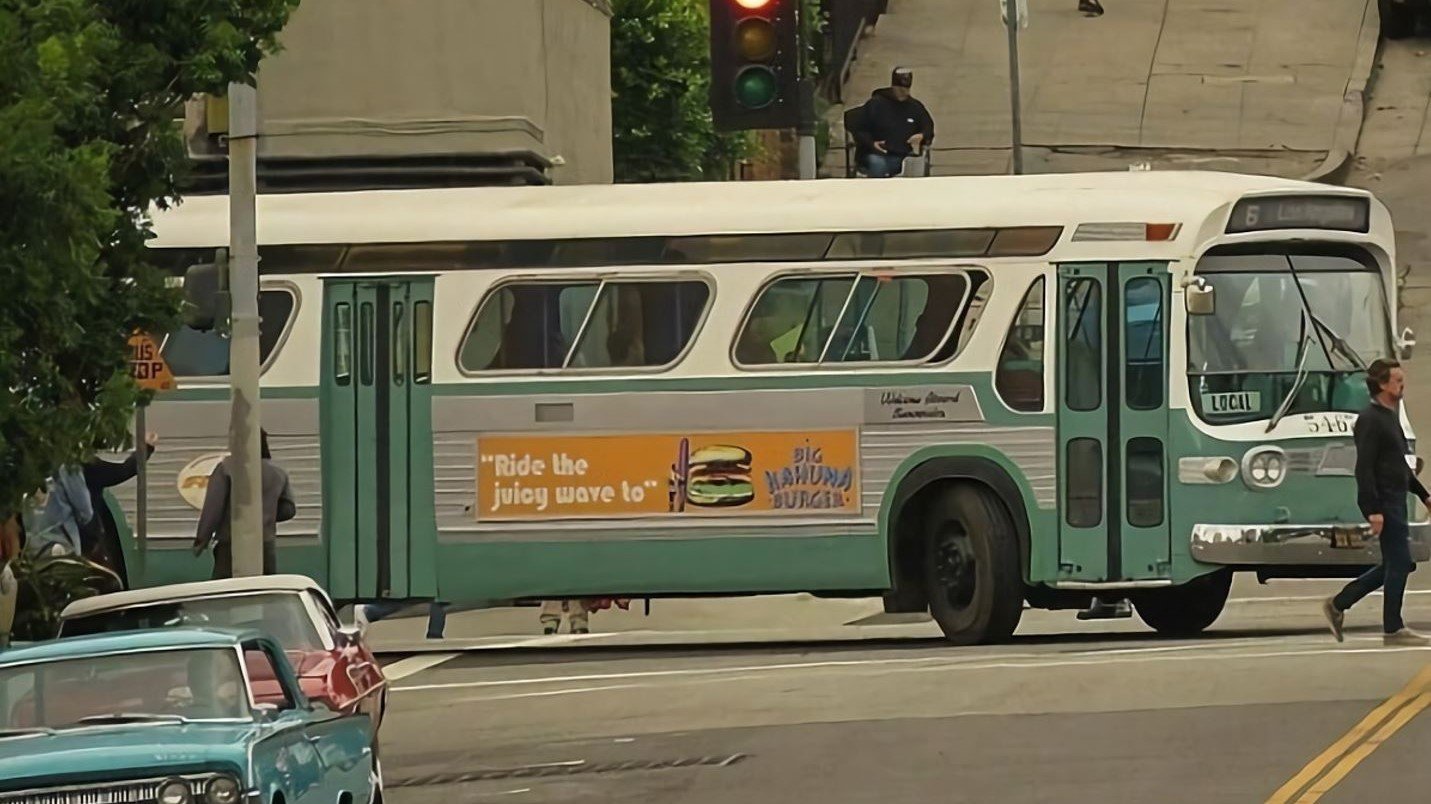 Quentin Tarantino’s films are visual carnivals with so many glorious shots and fascinating details that it’s easy to miss an Easter Egg or two. For example, did you know there’s a bus advertisement for Big Kahuna Burger in “Once Upon a Time … In Hollywood“?

It’s true! Just look at the featured image of this post if you don’t believe me (you may have to squint a bit as well, since the detail is fairly small).

Big Kahuna Burger is one of those fictional establishments or products that only exists within the Tarantino-verse, similar to the Red Apple brand of cigarettes that can be found in all his flicks. Funny enough, it’s actually “Once Upon a Time … In Hollywood” that establishes the fact that Red Apple tobacco was established in 1862.

Big Kahuna Burger came to fame in 1994’s “Pulp Fiction,” of course, when the fellas in the apartment during the opening sequence decided to scarf down burgers for breakfast–which, by the way, is a detail I never understood. Burger joints are rarely open for breakfast. The ones that are open, typically serve breakfast items. So either the guys are eating burgers from the day prior, or Big Kahuna Burger has some seriously weird hours.

Either way, check out our original design Big Kahuna Burger merch. Buy one for yourself and one for each of the kids. Don’t forget your wife and her boyfriend, too! Click on the image to go to our merch store.

Advertisement. Scroll to continue reading.
In this article:Featured, Movie Detail Monday, Once Upon a Time In Hollywood, Pulp Fiction, Quentin Tarantino