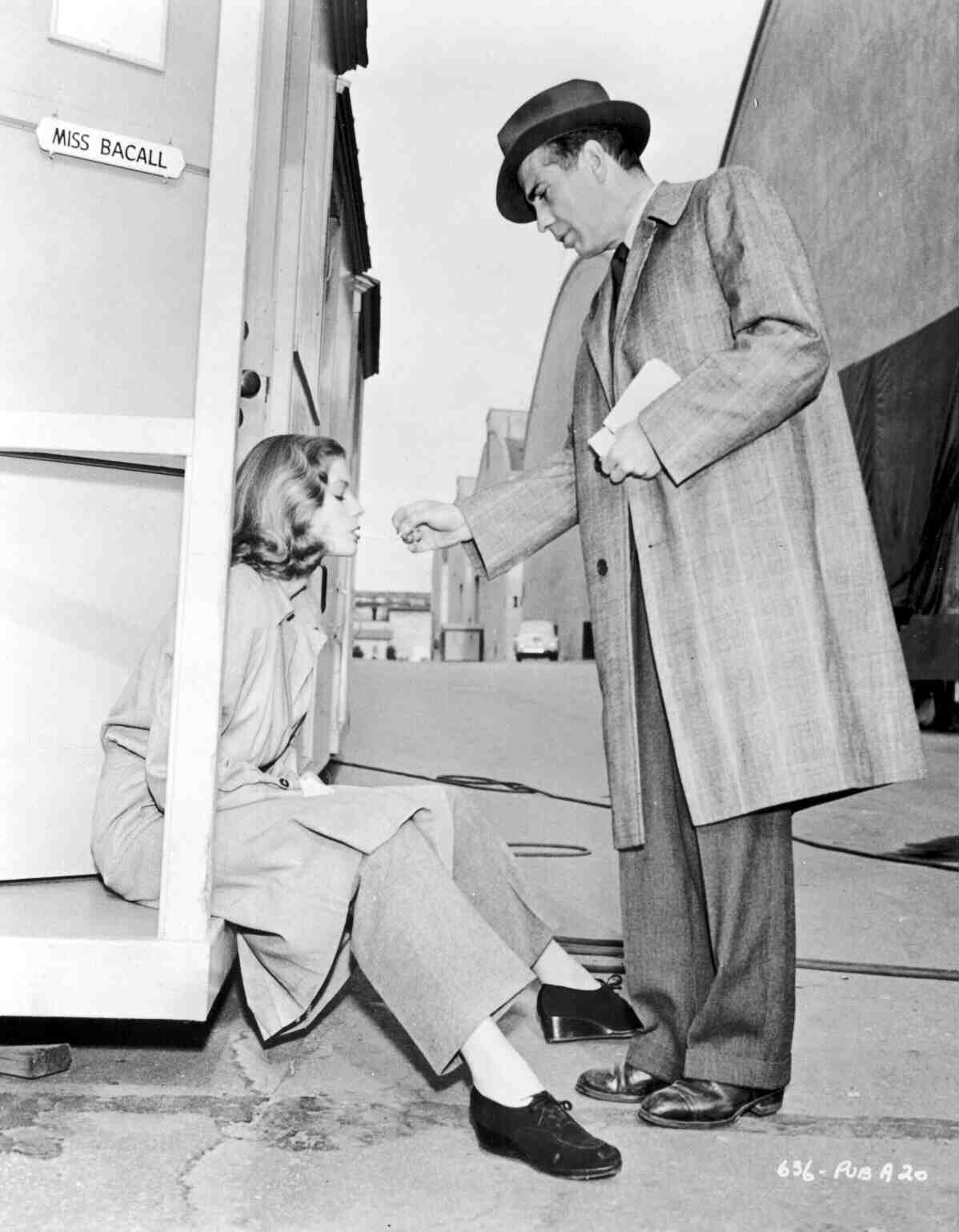 Lauren Bacall and Humphrey Bogart were two of Old Hollywood’s biggest stars. The pair met on the set of Howard Hawks’ “To Have and Have Not” in 1944. At the time, Bacall was 19 and Bogart was 44. Despite their age gap, Bogart and Bacall hit it off instantly and were wed in 1945. They lived in matrimony until Bogart’s death in 1957.

“To Have or Have Not” marked Lauren Bacall’s first film role. The young starlet had previously modeled and done work on Broadway, but it was her portrayal of young American singer Marie Browning that skyrocketed her to fame. Bacall continued to appear in film noirs, starring alongside husband Humphrey Bogart in genre films “The Big Sleep” and “The Dark Passage.”

Bacall was awarded an Academy Honorary Award at the 82nd annual ceremony “in recognition of her central place in the Golden Age of motion pictures.”

Humphrey Bogart had already cemented his place in the history of cinema by the time he met Bacall in 1944. The year prior, Bogart had starred in one of the most famous films of all time, “Casablanca.” His performance as nightclub owner Rick Blaine earned him an Oscar nomination for Best Actor. He would later win an Academy Award for 1951’s “The African Queen.”

“The Big Sleep” was the first time that Bogart and Bacall would work together as a married couple. The Howard Hawks flick follows a private detective who gets caught up in a mysterious murder investigation. Portions of “The Big Sleep” were reshot in order to emphasize the sexual chemistry between Bogart and Bacall. The decision to add more intimate scenes involving the married couple proved to be the right one, and the re-cut version of the film noir was met with a more positive reception than the original rendition.