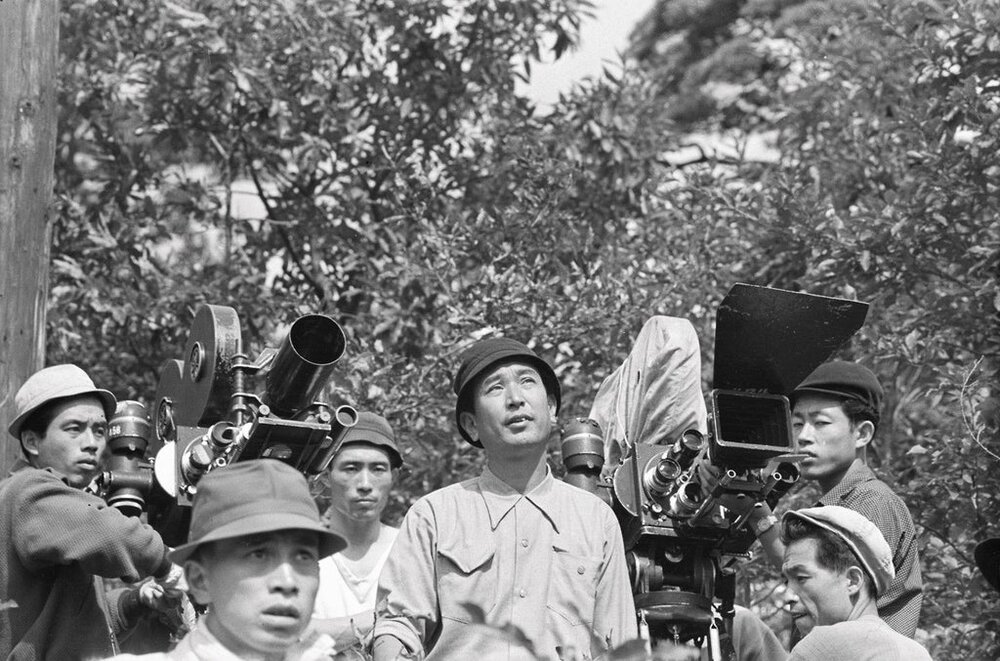 You know a film is a big deal when there have been numerous dissertations, classes, and symposiums centered around it.

Akira Kurosawa is a bonafide legend in the moving picture business and although his films Yojimbo, The Hidden Fortress, Rashomon, and others exist in rarefied air, it’s his writing, directing, and editing of Seven Samurai that elevated the celebrated filmmaker into another stratosphere.

Since its release, Seven Samurai has consistently been considered among the best films ever made, ranking 17th on BFI’s Greatest 100 Films of All Time list and 19th on IMDb’s Top 250 list. To this day it remains highly influential, often seen as one of the most “remade, reworked, referenced” films in cinema. All of that really puts the below photo into perspective, making it that much more awe-inspiring.

For more on the legendary filmmaker, check out this incredible video by Every Frame a Painting below.