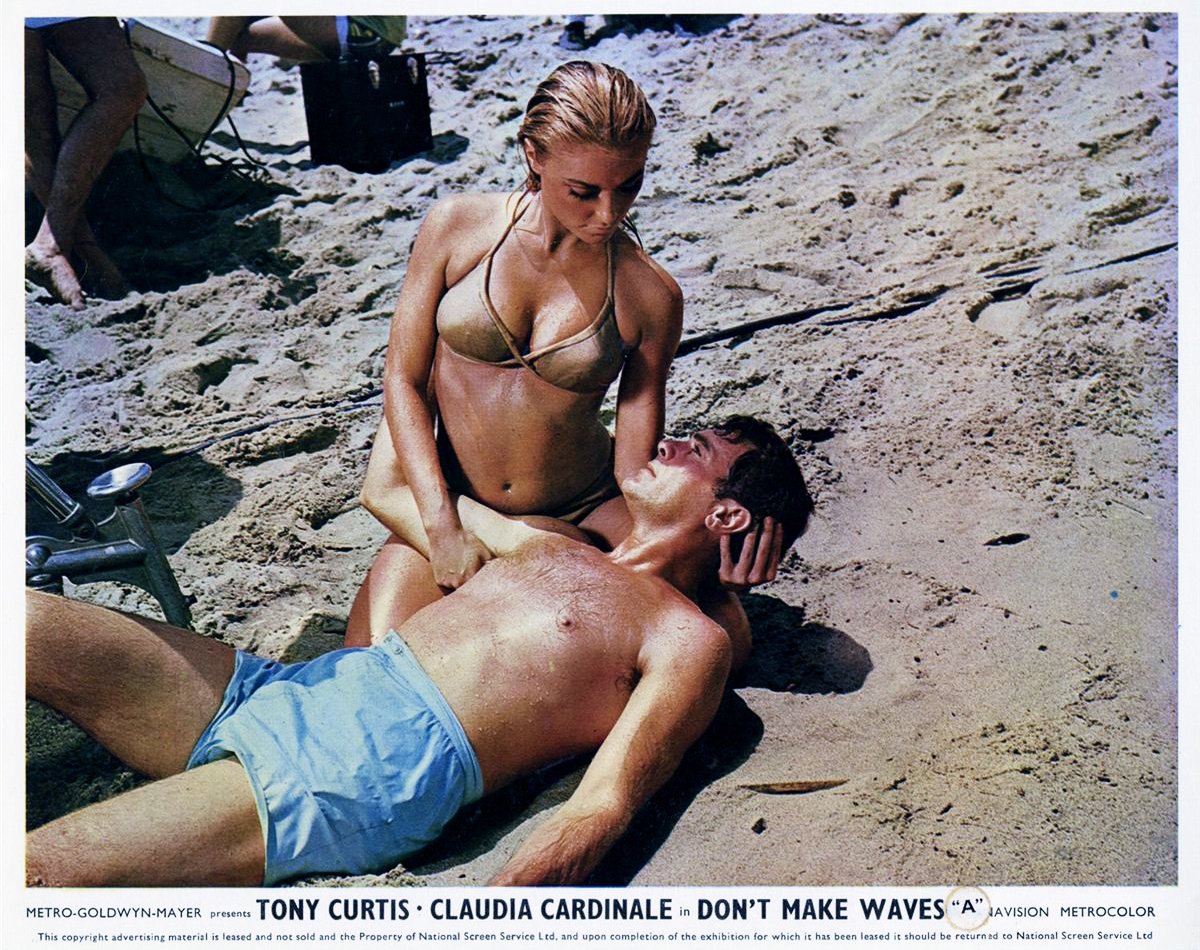 The trailer for the film proclaims, “It’s entertainment that fills up the screen like she fills out a bikini,” which is very, very 1967. I suppose times were simpler then, when a studio could basically scream from the rafters “Come watch Sharon Tate frolic in a bikini for ninety minutes!” and that was the gist of their marketing campaign.

Then again, maybe studios are still doing the same thing but are just a little more subtle about it. Remember 2017’s “Baywatch?” Yeah, it got just about the same critical reaction as “Don’t Make Waves” and was basically just an excuse for people to see The Rock and Alexandra Daddario running around in swimsuits.

For anyone intrigued enough to watch the film it’s available via streaming.