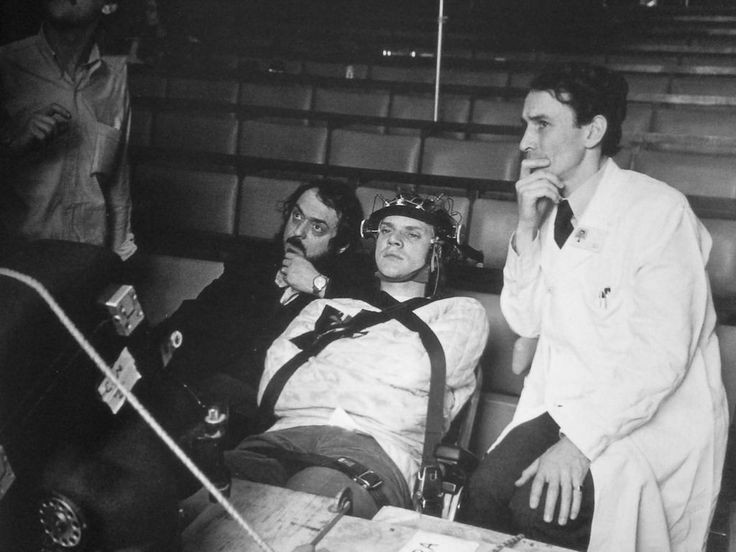 Stanley Kubrick is certainly no stranger to the world of the uncomfortable and disturbing. Some of his most well known films such as “Eyes Wide Shut,” “The Shining,” and “2001: A Space Odyssey,” all contain either imagery, sounds, or just overall executions that make the audience feel a certain level of discomfort. And his 1971 film ”A Clockwork Orange,” based on the novel of the same name, is no exception.

The dystopian crime film stars Malcolm McDowell as Alex, the leader of a gang of violent teenagers who go around town committing acts of “ultra-violence.” The story takes a turning point when Alex is arrested and sentenced to fourteen years in prison. While in his sentence, he participates in an aversion therapy experiment that promises to rehabilitate criminals within two weeks.

And it is at this conversion therapy that one of the most uncomfortable scenes in the film is shown. But not only was it an uncomfortable sight for viewers to see, McDowell himself was put through literal pain in order to shoot this scene.

In this behind the scenes photo, you can see Malcolm McDowell as he is strapped to a chair and prepared to have his eyelids clamped with antique lid locks to keep his eyes open. In the photo and during production, you can see that an actual doctor had to be brought in to anaesthetize McDowell’s eyes and was kept close to administer eye drops that we see in the final cut of the film. Most eye clamps are used for eye operations where patients would be laying down, but Kubrick wanted McDowell sitting up for the scene. As a result, the lid locks kept sliding off his eyelids during the shoot, scratching his cornea and causing permanent scarring.

McDowell wrote of the experience: “When the anesthetic wore off, I was in such pain I was banging my head against a wall. But Stanley was mainly concerned about when he would be able to get his next shot.”

Knowing that the look of pain that Malcolm McDowell showed in this sequence was genuine adds a whole other level of discomfort to the scene. Watch the unnerving scene below if you’re feeling brave.