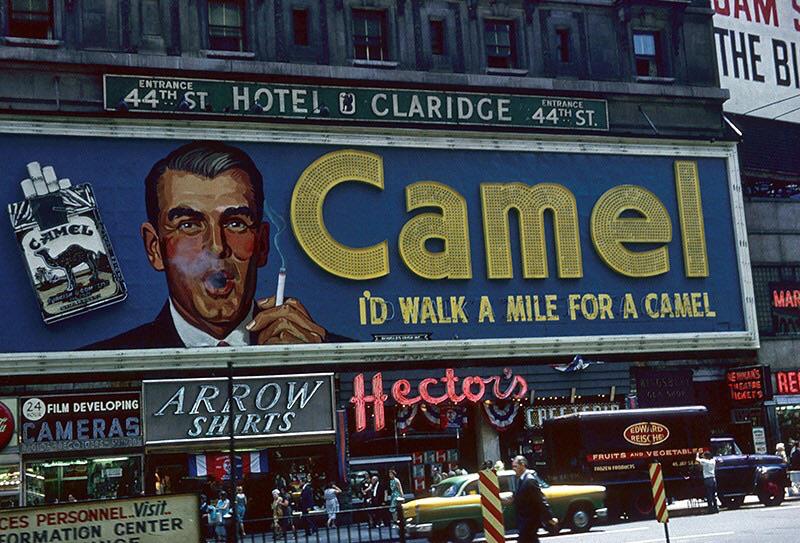 Perhaps it’s just me, but have you ever noticed that seemingly every guy featured in pre-1970’s advertisements was just a slightly modified version of Cary Grant?

This image in particular is more than just similar to the Hollywood icon. It’s a spitting image! The hair slicked back and to the left, the prominent cheekbones, heck even the cleft chin is a dead ringer!

The photo itself is a wonderful 35mm restored slide from the collection of Bill Kotter. As for the content, we get to re-visit one of the most enduring images of Times Square: known as the “Camel Man,” the giant billboard famously blew cigarette smoke rings around the clock from 1941 to 1966 from its mount fronting the Hotel Claridge.

The building was razed in 1972 to make way for a 33-story office tower where the first two floors are presently occupied by ABC’s Times Square Studios, home to the “Good Morning America” television program.

Plus, you can bet your bottom dollar I went in search of video of the billboard in action after reading that it used to blow actual smoke rings over the most famous intersection in the world. If you want to see it in action, check out the video below.