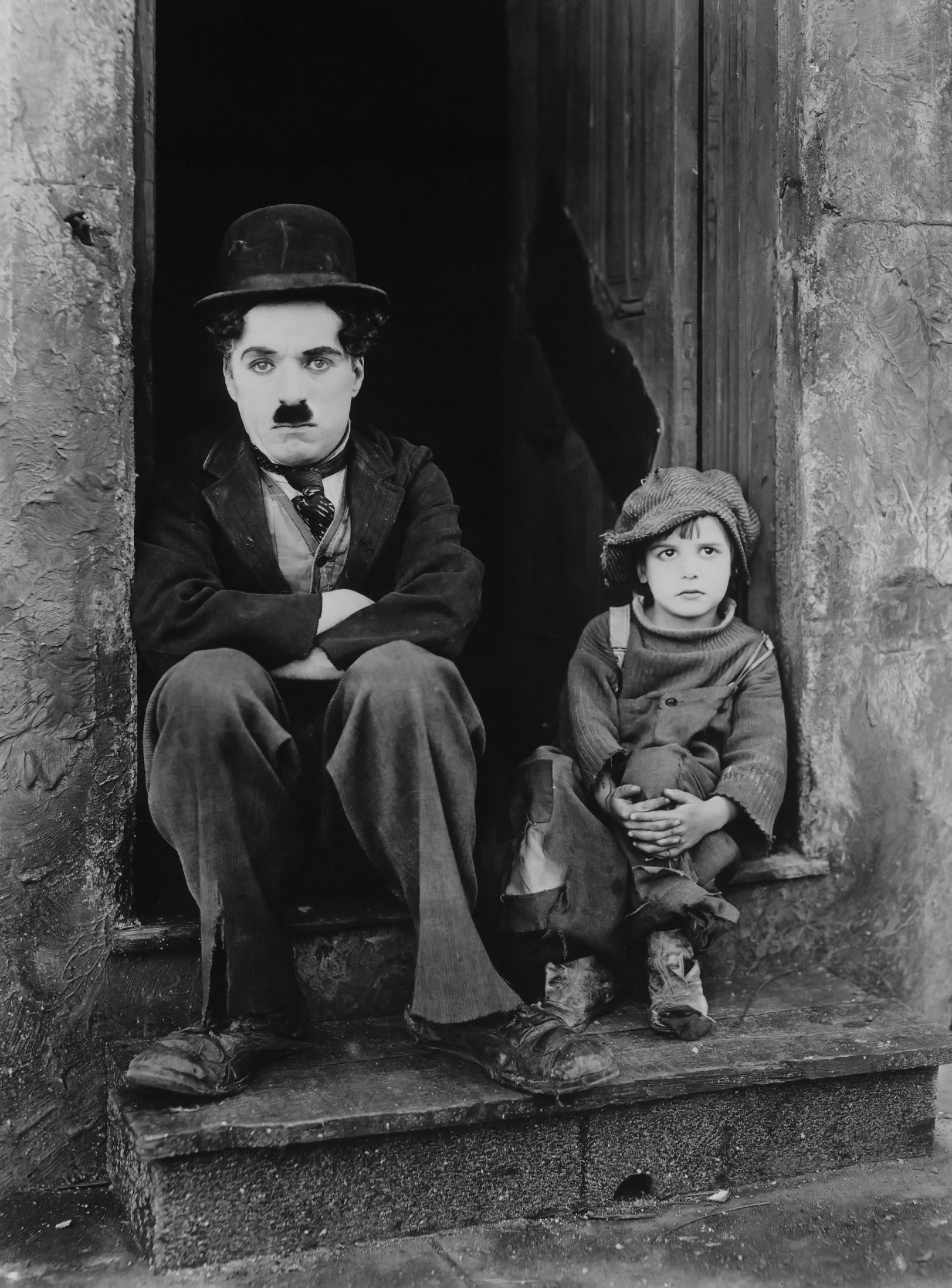 No Film History 101 is complete without learning about Charlie Chaplin. The iconic bowler hat and toothbrush mustache combo donned by Chaplin is familiar to even the slightest of film buffs.  A pillar of the silent film era, Chaplin delighted audiences with his whimsical characters and comedic storytelling. Both Chaplin and his young “The Kid” co-star (pictured above) transformed the landscape of the entertainment industry for the better.

Charlie Chaplin rose out of the ashes of his poverty-stricken childhood to become a versatile and dynamic performer. He made his professional debut as a member of a clog-dancing group, but later realized his passion for stage acting. At 14 years old, Chaplin appeared in various productions of “Sherlock Holmes.” His lauded work in theatre eventually propelled him to a career in the motion picture industry, and he made his film debut in 1914’s “Making a Living.” Chaplin continued to explore all facets of filmmaking, often producing, writing, directing, and starring in his projects.

1921’s “The Kid” was Charlie Chaplin’s first film to exceed one hour. The dramedy stars Charlie Chaplin as his famous on-screen persona, the “Tramp,” and child actor Jackie Coogan. “The Kid” follows the Tramp (Chaplin) as he takes in and raises an abandoned young boy (Coogan).  Critics were blown away by Chaplin’s ability to blend emotional drama with light-hearted comedy, a combination that was uncommon for the time.  Jackie Coogan’s performance made him one of the earliest child stars in Hollywood.  However, the money he earned from “The Kid” went right into the pockets of his parents, who kept every cent for themselves.

Coogan’s mother and stepfather spent the entirety of the estimated $4 million that Coogan earned as a child actor.  It wasn’t until Coogan was in his twenties that he was able to take legal action.  He sued his parents but ended up with only $126,000 of his remaining earnings. Coogan’s case led to the enactment of the California Child Actor’s Bill, otherwise known as the Coogan Act or Coogan Bill. This bill protects child actors’ earnings until they reach adulthood, safeguarding them from possible mistreatment and exploitation.

Both Chaplin and Coogan will be remembered for their immense contributions to the world of cinema. The photo above shows the duo posing for a “The Kid” promotional photo.