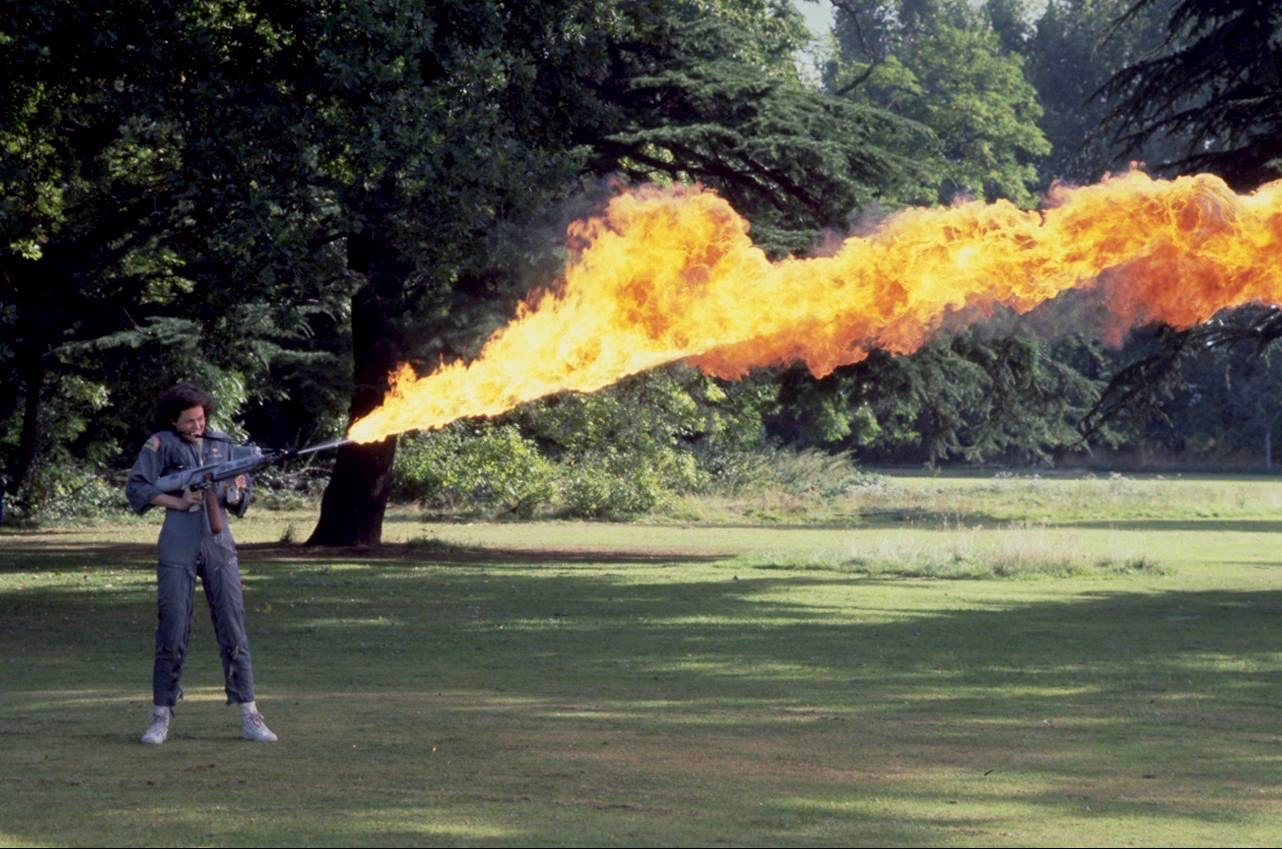 Few behind the scenes photos are cooler than Sigourney Weaver testing the “Alien” flamethrower. The flamethrower, also known as the “incinerator unit,” is an iconic prop from the Alien franchise.

In the photo above, Weaver practices using the flamethrower on the back lot of Shepperton Studios. Dressed in full costume Weaver is surely having a blast.

Production designer, Roger Christian created the iconic prop. Christian picked up an Academy Award nomination for his work on the film. Christian’s other credits include “Star Wars” for which he won the Oscar for Best Art Direction.