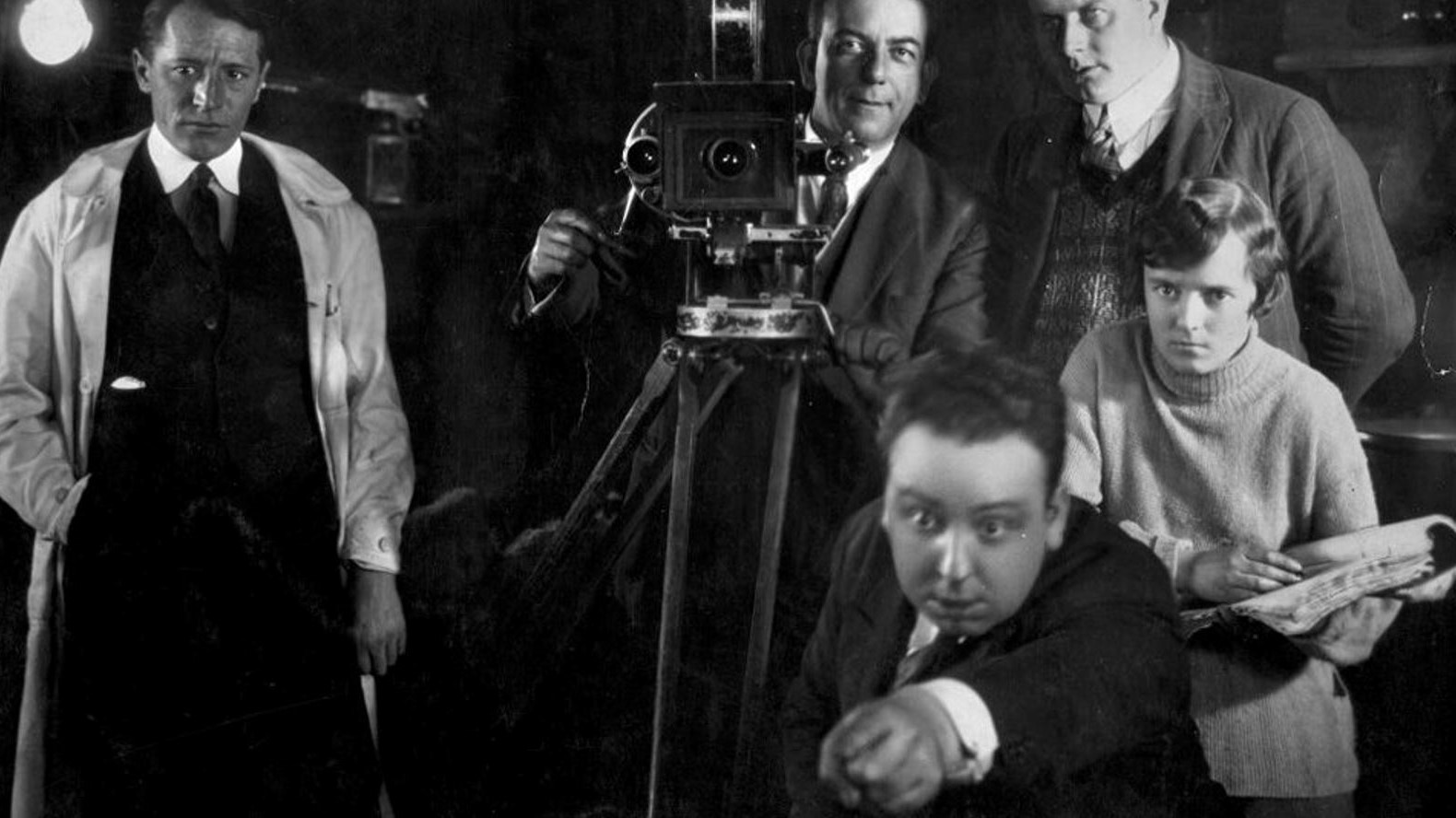 This photo is truly fascinating for a number of reasons. Seeing Alfred Hitchcock at the young age of 26-years-old directing just his second movie ever–while knowing he’d go on to become one of the most legendary directors of all time–is just mind-blowing.

Think of what you yourself were doing at 26 (for those who are already past that point … for you youngins’ not yet there, dream big and hope to be so industrious). Meanwhile, Hitchcock was living his dream, creating worlds out of thin air with the weight and pressure of an entire film production on his back.

What’s more, “The Mountain Eagle” is the only feature film directed by Hitchcock that is considered a lost film, meaning that no prints of the film are known to exist, making it one of the most sought after silent films of all time.

Also, see that lady standing behind him? Her legacy isn’t lost to time. That’s none other than Alma Reville, who later became Hitchcock’s wife. More than that, Reville also served as Hitchcock’s trusted collaborator and sounding board, with a sharp ear for dialogue and an editor’s keen eye for scrutinizing a film’s final version for continuity flaws so minor they had escaped the notice of Hitchcock and his crew.

As a fun fact, it was Reville who noticed Janet Leigh inadvertently breathing after her character’s fatal encounter in the 1960 classic “Psycho,” necessitating an alteration to the negative.

In this article:Alfred Hitchcock, Featured, The Mountain Eagle