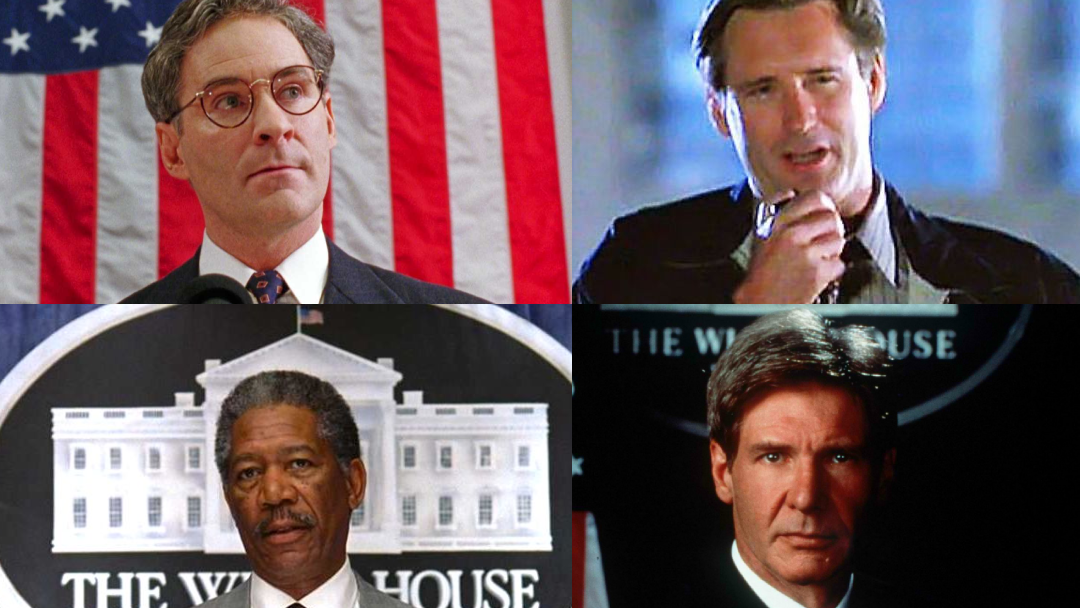 Originally this post was going to run with the featured photo being Terry Crews as President Dwayne Elizondo Mountain Dew Herbert Camacho from the 2006 Mike Judge film “Idiocracy.”

However, considering we’ve already had our fill of Idiocracy over the past four years and it’d be nice to once again live in a world where science and decency are restored as the bedrock of our society and the basis for our collective decision-making, putting such a photo atop this post just felt unnecessarily low-brow.

Instead, the featured photo is of a more intellectual and cultured standard, one that this country should aspire towards with regard to our elected leaders. It includes Kevin Kline from the movie “Dave,” Bill Pullman in “Independence Day,” Morgan Freeman in “Deep Impact,” and Harrison Ford in “Air Force One.”

Because cinema is better than real life, let’s have an election of our own, in this case choosing our favorite movie president.

Good luck trying to decide. I’d personally take any of the four candidates any day of the week compared to the selection we’re usually presented with. But gun to my head, I think I’m going with Bill Pullman from “Independence Day.” He showed the kind of integrity, intellectualism, and above all else, selflessness, that every leader–especially president of the United States–should exhibit.

Want to vote? Hit up our Twitter poll below and please spread the good word by following us along with liking and retweeting the poll!