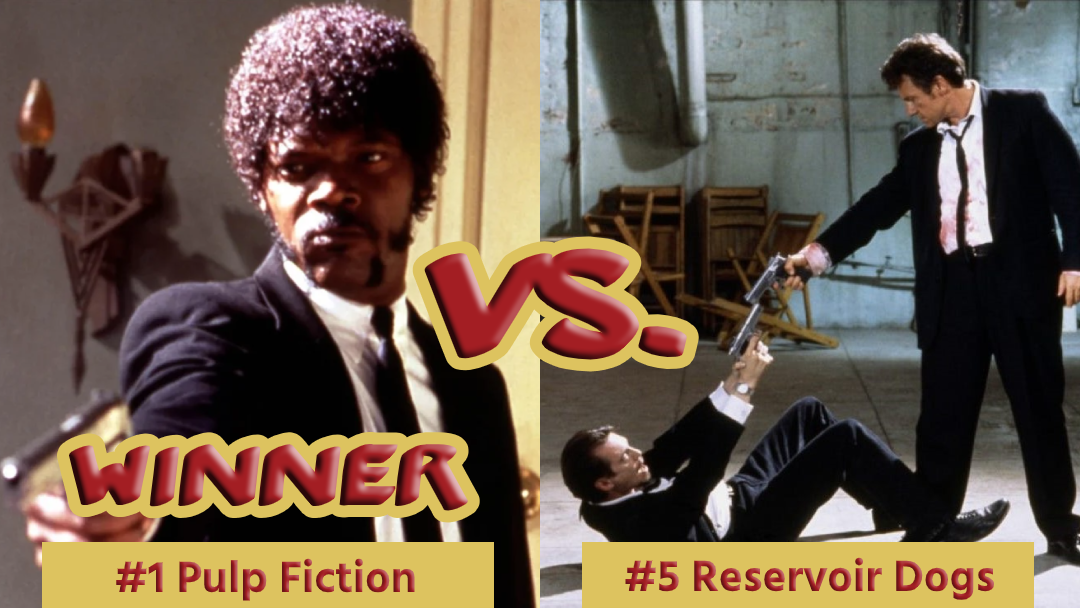 We’re coming off a hot election season and everyone is now overly familiar with how much YOUR VOTE COUNTS. Perhaps Metaflix’s ongoing Battle Royale with Cheese isn’t quite as important as the contest that determined the next president of the United States, but it’s real to me damnit!

Early in the polling, “Reservoir Dogs” was running nearly neck and neck with “Pulp Fiction,” 55% to 65%, shocking everyone. However, it was always just a matter of time before the #1 seed outpaced the #5 seed, running away with it by a margin of 68% to 32%.

Of course, an effort such as this wouldn’t be complete if there wasn’t a whole lot of bitching and moaning about it on social media. Most are whining about the seeding, as if “Reservoir Dogs” as a #5 seed is insultingly low. We heard that this semifinal matchup should’ve been the finals, yet how many people would actually place it above “Inglourious Basterds” and “Kill Bill 1”? Few, if any, and I think the final spread speaks to that end.

So there you have it. Now #1 seed “Pulp Fiction” in the finals, a match that will take place in a couple of weeks after wrapping up the last semifinal matchup of “Inglourious Basterds” versus “Kill Bill: Vol. 1.”