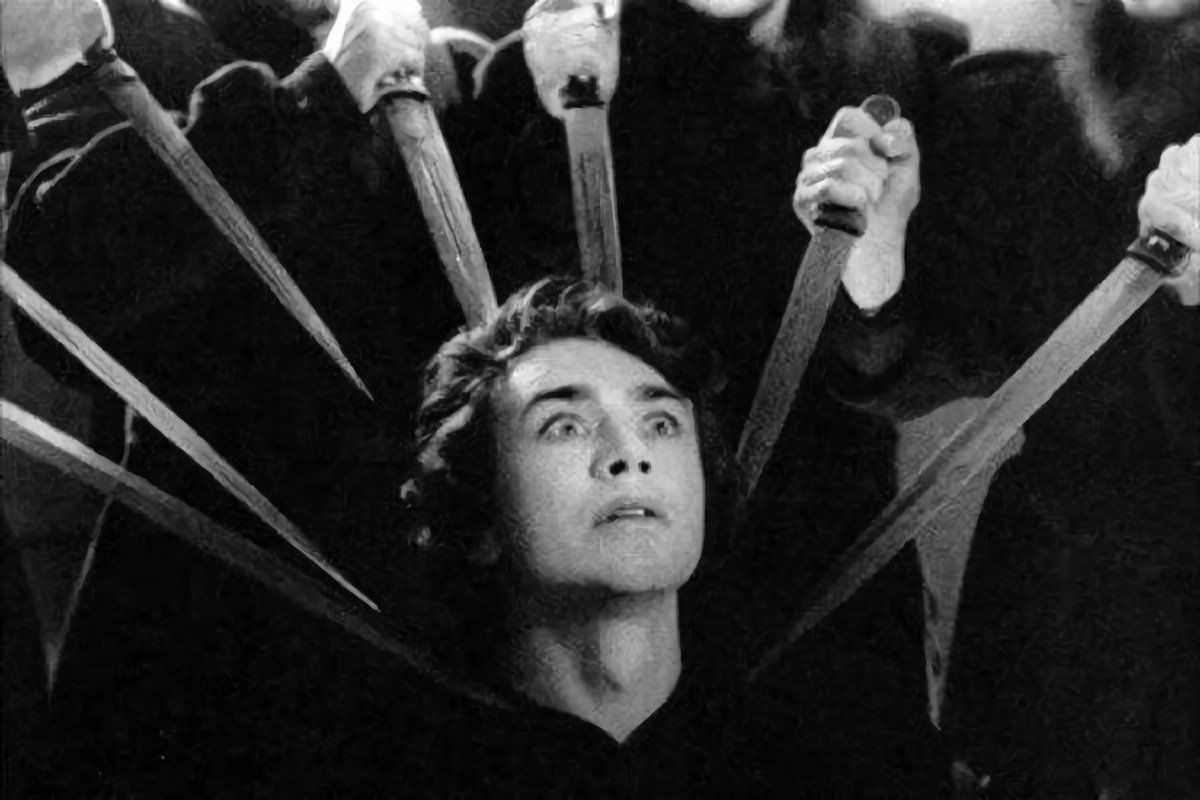 It’s a minor miracle that this frame even exists.

In 1941, Joseph Stalin commissioned a film about Ivan the Terrible to be directed by Sergei Eisenstein. The film was to celebrate Ivan as the first tsar, a progressive and visionary leader who founded the modern Russian state.

However, in Eisenstein’s mind—aptly so, we might add—Ivan the Terrible was no different than Stalin himself, since both had a penchant for carrying out ruthless campaigns of terror against the people they ruled.

Everyone expected Eisenstein to make a film that justified Ivan’s violence … and in turn, Stalin’s too. However, Eisenstein instead made an epic film critical of such leadership. After the Soviet state banned Part II in 1946, production ceased on Part III.

Eisenstein passed away in 1948 and what little existed of Part III was confiscated and destroyed. This frame is one of the few surviving remnants. Based on this image alone, one can only image how truly epic the film must’ve been.

In this article:Featured, Ivan the Terrible, Russia