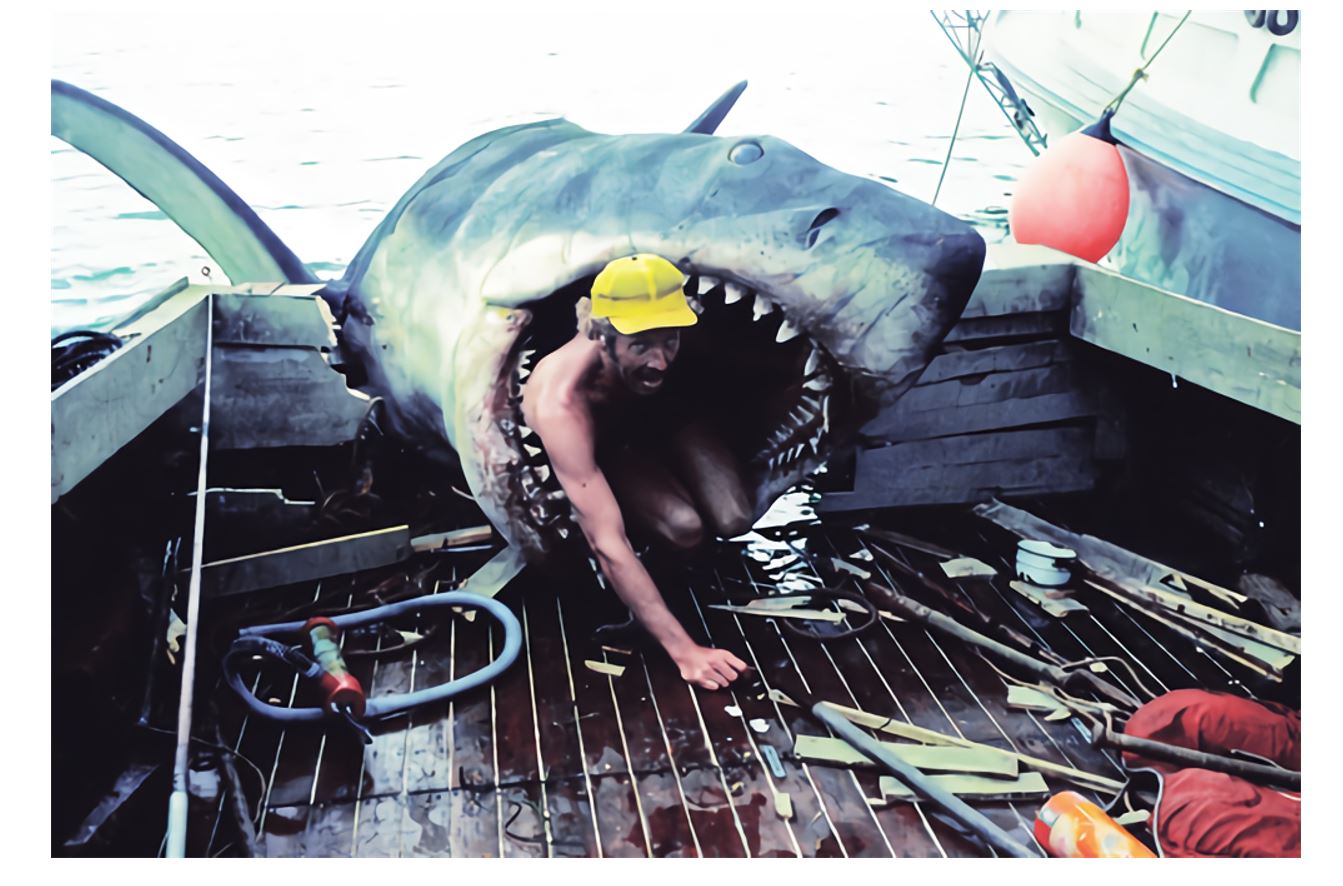 Y’know the thing about a shark, he’s got lifeless eyes, black eyes, like a doll’s eyes. When he comes at ya, doesn’t seem to be livin,’ until he bites ya …

Actor Robert Shaw knows all too well about the terrors of sharks. Steven Spielberg too. Why? Because even though Bruce the Shark was made of metal and plastic and foam, it was truly a nightmare to work with.

Funny enough, they named the animatronic shark prop in “Jaws” after Spielberg’s lawyer, Bruce Raynor. Also, remember the name of the shark in “Finding Nemo?” Yep, Bruce as well, in a callback to “Jaws.” Yet Bruce was actually quite the disaster on set. The mechanics hardly worked. This was made worse by the fact that sea water often made many of the working components inoperable.

As a result, the crew of “Jaws” often had to shoot around the prop, leaving its visage to our imagination. And you know what? It was a blessing in disguise! Because we rarely saw the shark, we had the “fear of the unknown,” which heightened the suspense of the movie.

In this article:Featured, Jaws, Steven Spielberg