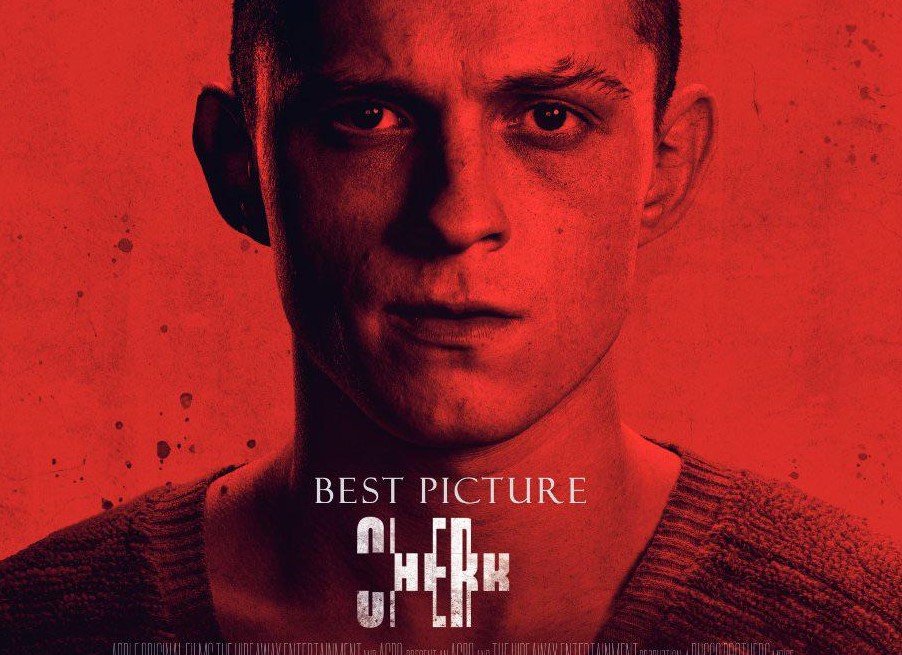 Tom Holland’s forthcoming film “Cherry” is a serious drama based on Nico Walker’s semi-autobiographical novel of the same name in which an Army medic suffering from PTSD becomes a serial bank robber after a crippling addiction to drugs puts him in debt.

Despite the weight of the subject matter, however, directors Anthony and Joe Russo aren’t ones to disregard an opportunity for levity, which was on full display Wednesday after an apparent digital gaffe left the title of their film entirely illegible.

A one-sheet for the movie that was posted by Variety shows a weary-looking Holland above some stylized lettering that reads more like “CHERK” than “CHERRY.”

The image itself is a “for your consideration ad” created by AppleTV for the print edition of Variety’s publication designed to reach Academy Award voters. While the image is authentic, it is likely not the film’s “official” or final poster.

“I literally could not read the title, its so bad. I saw people saying it was stylistic but I just realized its just 4 squares cut out of regularly readable text and they just left the y off completely. This feels like an accident more than an artistic choice, like the unfinished mummy trailer,” one Reddit user said in response to original design.

For their part, the Russo Brothers took the gaffe in stride, tweeting out “Merry Cherk-mas!” to their 1.1 million followers.

Afterwards, Variety apologized for their mistake, admitting that the image was indeed a misprint, adding, “This is not up to our standards. Here is the corrected version of the ad.”