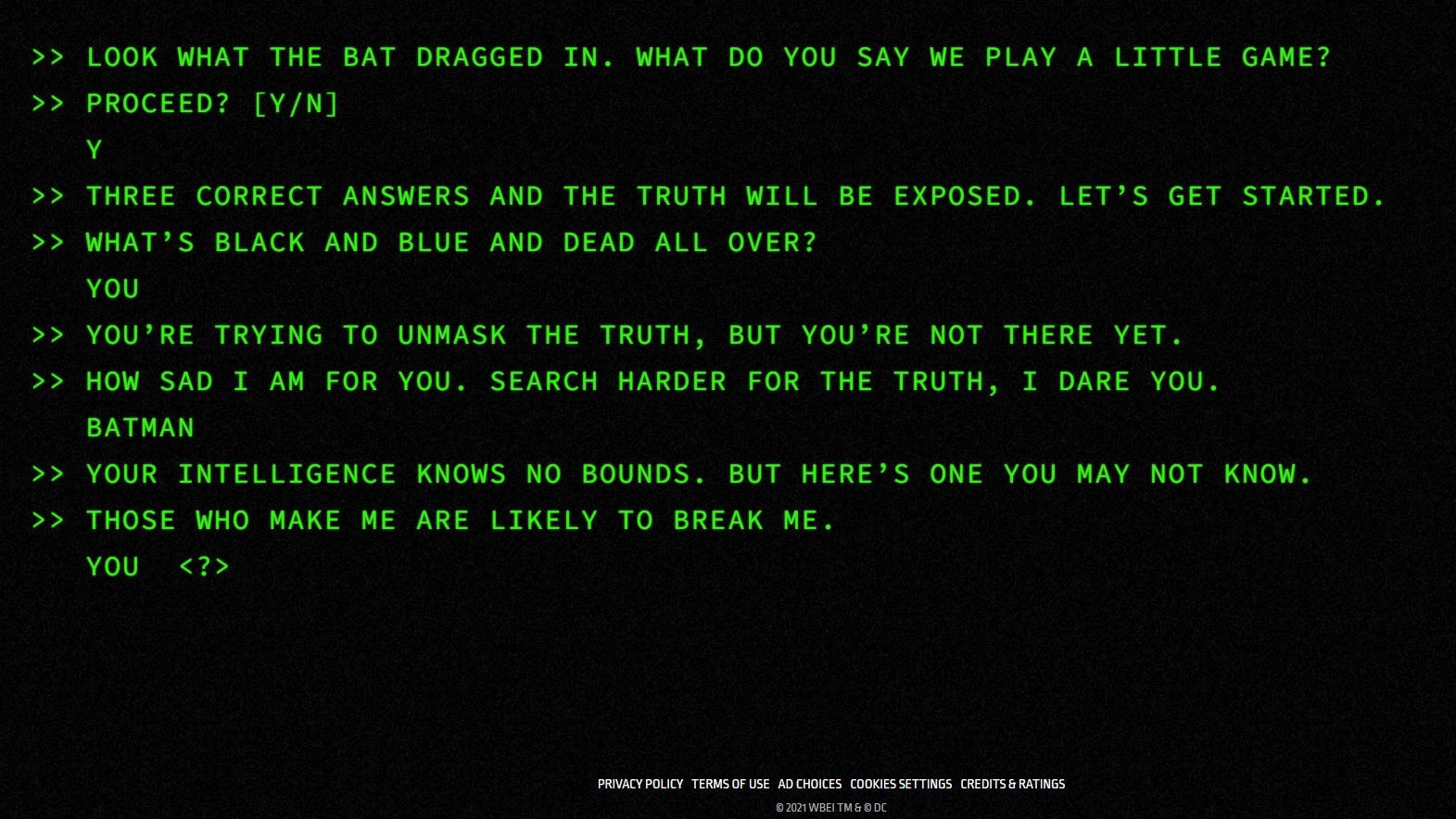 Earlier this month, die-hard Batman fans discovered a secret website connected with the forthcoming Matt Reeves film. Strange symbols appeared in promotional materials for “The Batman” and internet sleuths went to work trying to figure out what they meant.

Turns out they formed a message on behalf of Paul Dano’s Riddler that spelled out “You are el rata alada,” or “You are the winged rat” in English. Brilliant, but there’s more. “You are el” phonetically sounds like “URL,” and sure enough going to the website rataalada.com reveals the secret website.

As of yesterday, the site simply contained statistics and a big green question mark. Now, however, fans are lured into a puzzling mind game, with Riddler as the puzzle master.

The website simulates a conversation with Riddler in which fans try to guess the answer to a series of clever questions. Answering three questions generates a new link that leads to a set of sketch drawings of Batman, made by the Gotham City Police Department. But perhaps the most exciting development is that The Riddler promises to come back at the end of the game, which means the website will likely be updated again before the film hits theaters next year.

So go ahead, check out the site and put your fandom to the test. In doing so, we can all empathize with Batman in trying to outsmart the devious genius Riddler.