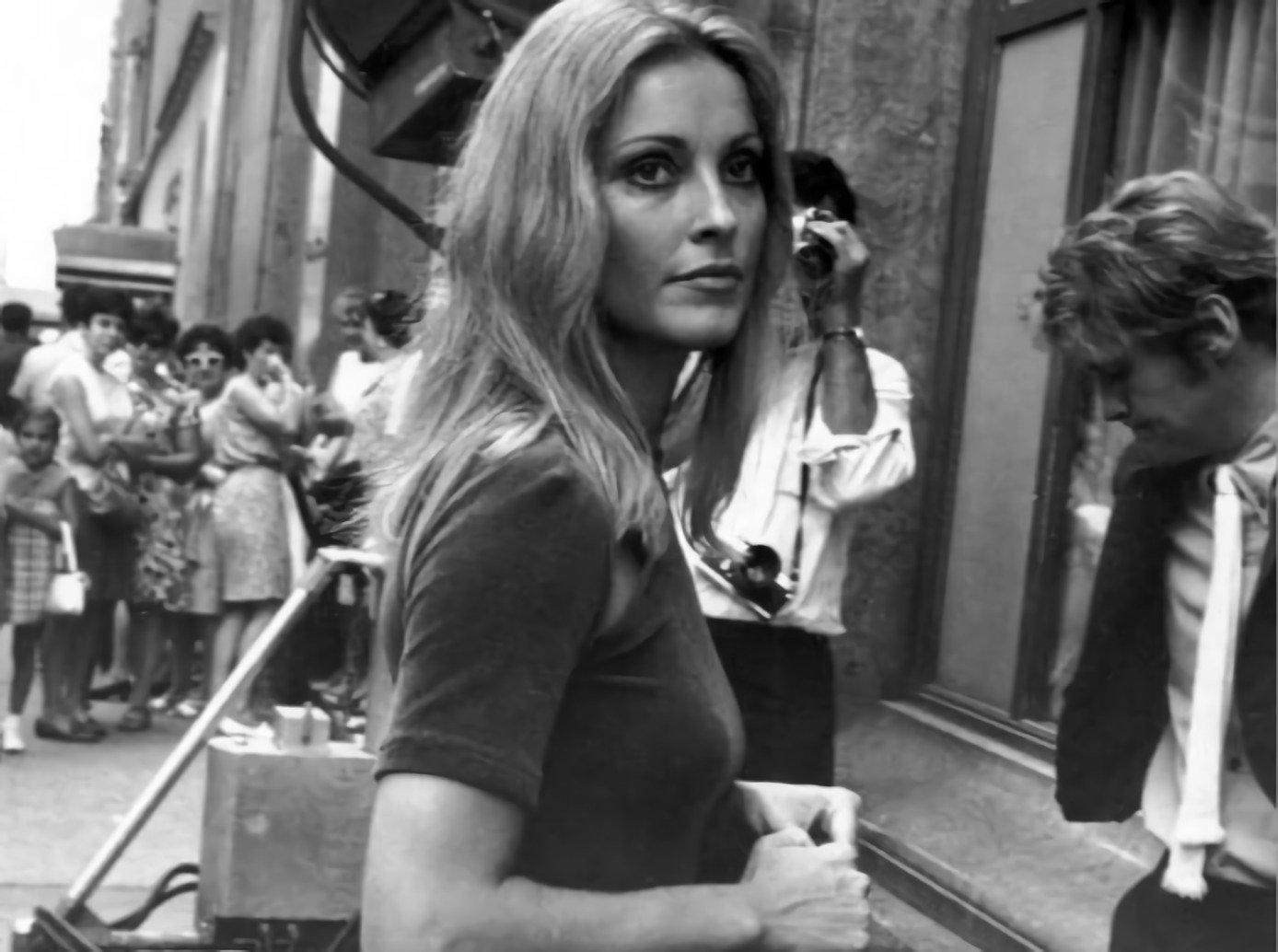 Sharon Tate has once again been at the forefront of many conversations in the past couple of years with the heralded release of Quentin Tarantino’s “Once Upon a Time … in Hollywood.” Tate is portrayed by Margot Robbie, a performance that earned the actress a BAFTA nomination for Best Supporting Actress.

In relation to this behind-the-scenes historical photograph, Tate had gunned hard for the lead role in “Rosemary’s Baby,” but Paramount cast Mia Farrow instead.

Tate then took to loitering around the set, appearing uncredited like a ghost in the background of Rosemary’s young-people-only party scene and, say some, becoming increasingly obsessed with the occult. Years later, a friend quoted her in print as having said, “The devil is beautiful. Most people think he’s ugly, but he’s not.”

Roman Polanski last saw Tate, then his pregnant wife, in July 1969, noting in his autobiography a “grotesque thought” he had at the time: “You will never see her again,” he wrote. Tate was brutally murdered on August 8 by the Manson Family, as was their unborn son—all while “Rosemary’s Baby,” still lingered in theaters.

Advertisement. Scroll to continue reading.
In this article:BAFTA, Featured, Once Upon a Time In Hollywood, Quentin Tarantino, Roman Polanski, Rosemary's Baby, Sharon Tate