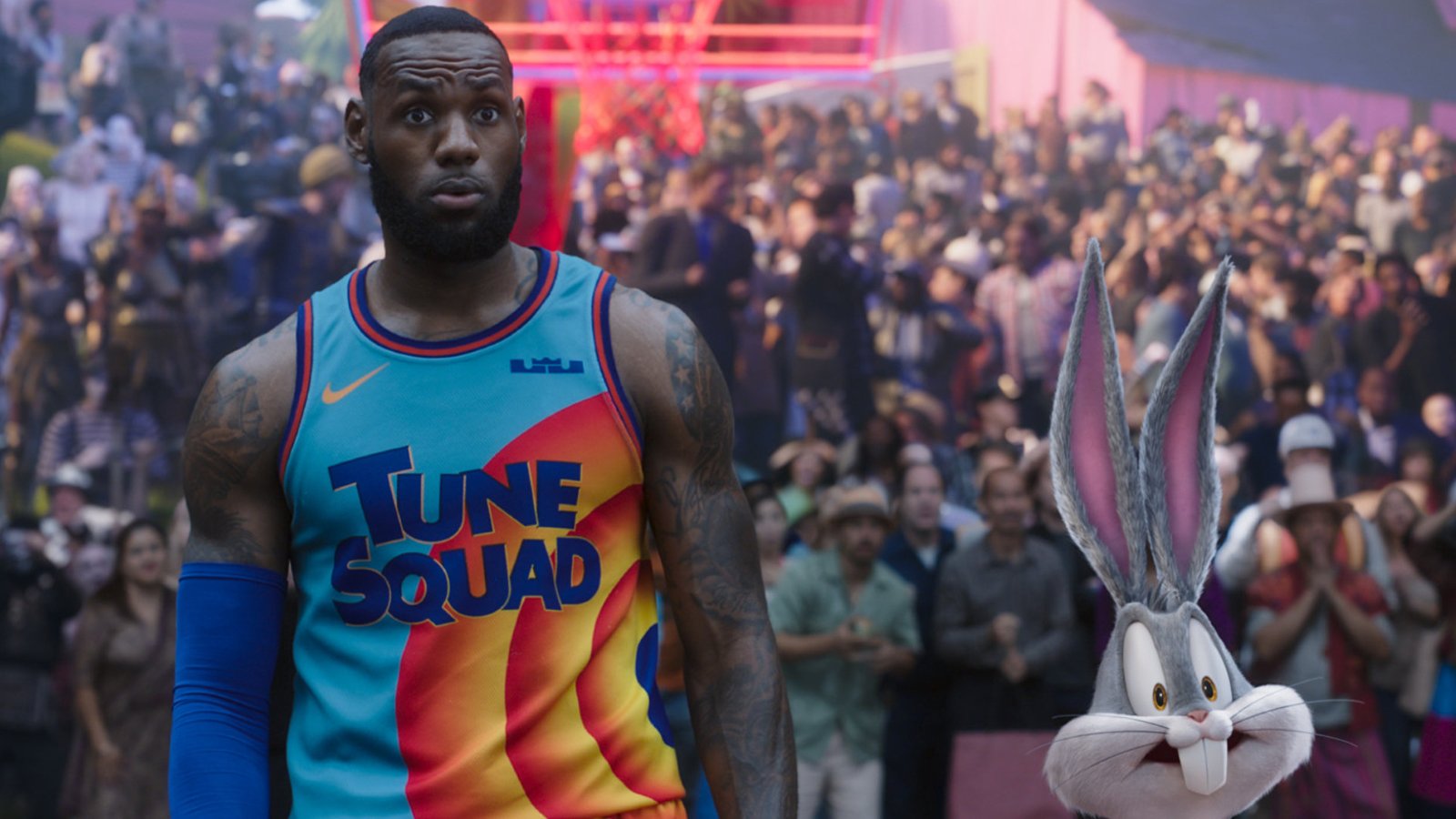 The first “Space Jam” movie was created to sell more Air Jordans, introduce the Looney Tunes to a new generation for profit, and help Michael Jordan create a narrative around his retreat from the NBA into baseball. That film accomplishes those things so well that viewers, myself included, have a bad case of nostalgia eyes for it. The new sequel has its own goals outside of artistic creativity and checks them off even more precisely.

“Space Jam: A New Legacy” is about Lebron James’ son being captured by a Warner Bros. computer program (Don Cheadle) that wants Lebron to cameo in every Warner-owned property. It seems he gets his wish; in order to get his son back, Lebron must assemble a team of cartoons to beat the program in basketball. After visiting different movies to assemble the Looney Tunes, Lebron must play against his own son to rescue him.

There really is no way to discuss this film without talking about the movie’s literal and figurative antagonist, Warner Bros. While the first “Space Jam” had a Disney-like stand-in to play the antagonist, this movie clearly paints its own studio in a bad light. Just like its predecessor, “New Legacy” functions mainly as a commercial for the Warner catalog. But it extends beyond that. A hilarious visual gag in which a falling Lebron leaves an imprint in the ground in the shape of a certain logo summarizes the film’s purpose. While making fun of the fact they’re advertising to you, they’re still advertising to you. Wake up sheeple and all that.

But darn it, if it isn’t effective! I pointed to the screen and whispered things like “Look, it’s Morpheus!” dozens of times to my brother next to me. (Shout out to him, this film was released on his birthday!). Tasteful the film is not, but deliciously sugary. “The Matrix” references might rub cinephiles who know of the Wachowskis’ distaste for corporate control (see “Speed Racer”) the wrong way, but you gotta admit it’s awesome to watch Speedy Gonzalez going full bullet-time.

Fortunately, about halfway through the movie, the Tunes have left the referential humor behind for the most part. Instead, their wacky antics during the final game depend only on the good old looney slapstick we love. If you’ve been missing old-fashioned cartoons, the third act won’t disappoint you. It’s just too bad they’re in front of a crowd full of cameos from every Batman villain and their mother.

The movie’s heart is functional, albeit tiring. It is appropriate that Lebron plays a dad; he has the acting chops of a father acting in his son’s movie. Every time we have to cut to a scene developing the father-son relationship at the core of the movie, you can feel the audience debating whether they have enough time for a bathroom break. Not that you’ll have that problem, since the movie is available to stream on HBO Max already. It is really the third act, where Lebron learns his immediately obvious problem, where the movie finally seems to work. Instead of having to take a break from the silliness in order to move the plot forward, the gags and storyline converge during the basketball game in a way that preserves both. It’s worth it, just annoying that it took two acts to get there.

“Space Jam: A New Legacy” was created to sell more Tune Squad merch, introduce the Looney Tunes and Warner films to a new generation for profit, and keep Lebron’s legacy alive. If you expect this film to do any more than that, you are in for a rough lesson in capitalism. If you expect this film to do just those things and not much else, then you will have a great time. Enjoy the show! But please drop your nostalgia goggles in the cardboard bin as you leave the theater. That’s all folks.