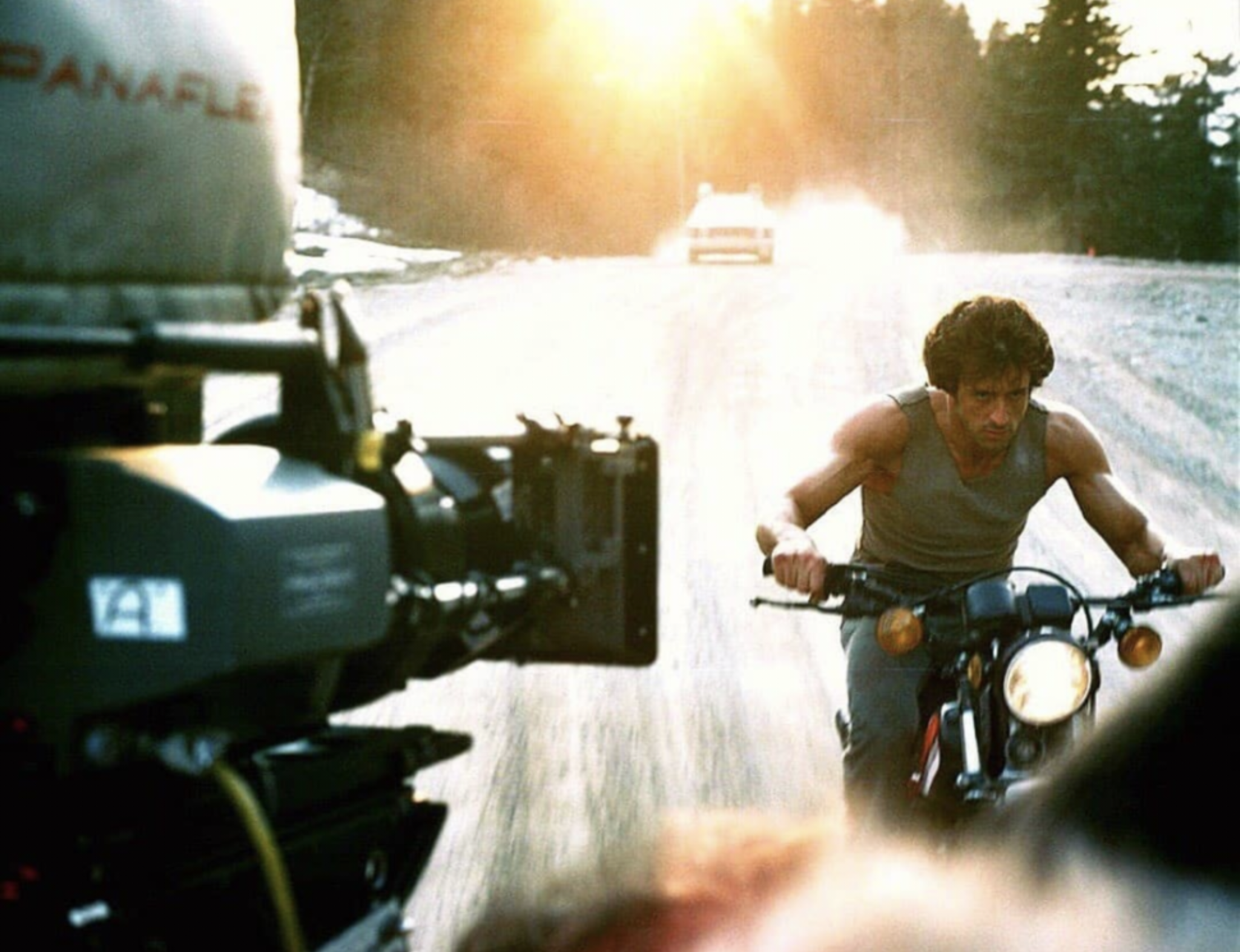 Back in 1982, it was much harder to fake stunts than it is today. No CGI, no fancy editing software, and all the other limitations of shooting back then meant that if you wanted a stunt, you had to do it legit. This was no different for the first “Rambo” film, where Sylvester Stallone did many of his own stunts, as he did for “Rocky.”

Driving scenes in movies are shockingly complex to make. Earlier this year, a viral video spoiled the secret production of “Borat 2,” showing Sasha Baron Cohen and Maria Bakalova being towed through Los Angeles by a van full of crew members and cameramen.

The scene in “Borat” is relatively simple compared to the one in “Rocky,” where Stallone’s hero is being chased through the woods by a policeman. Stunt driving is an incredibly hard job – the driver has to drive the car, account for the passengers, keep in mind where the camera crew is, all while trying their hardest to keep everyone safe.

Motorcycle stunts are particularly dangerous, just as how driving a motorcycle on the open road is more dangerous than a car. While filming “Deadpool 2,” a stuntwoman died after a shot went wrong and her bike crashed.

While it may not have been the safest move, Stallone’s commitment to the role is part of what made “Rambo” a classic action film. Unlike some of its sequels, “First Blood” has a lot to say about violence and warfare that help elevate it above some of its peers, and this one didn’t almost accidentally get dedicated to a militia group that Osama bin Laden was a part of.