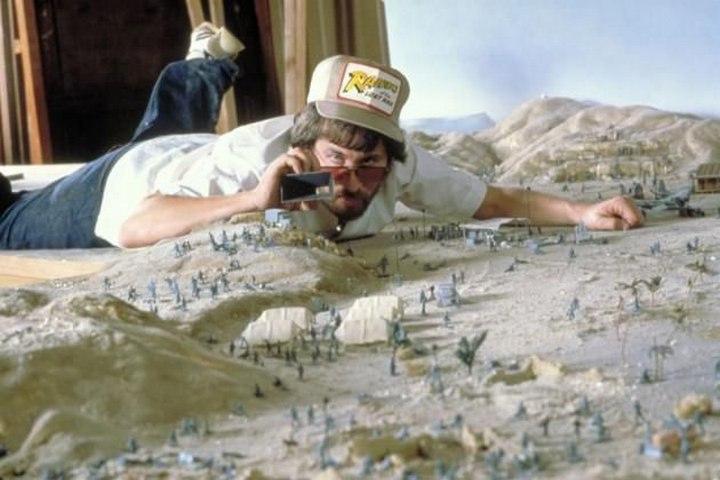 There’s nothing more fascinating in filmmaking than the age old art of movie magic, making something in front of the camera appear to be much bigger, grander, or more realistic on screen.

Props and production design are two primary examples and Steven Spielberg’s 1981 classic “Raiders of the Lost Ark” is loaded with tricks of the trade. For example, I’m sure you’re all familiar with the infamous face melting scene during the climax of the movie. How’d they pull that one off? Simple in theory, but incredibly difficult in practice. The special effects team made a model head out of intricately layered wax, filmed it being melted with a heat gun, then speed the footage up for the part that’s included in the film.

That’s certainly not all. “Raiders” used miniature submarines and boats, a miniature set for the aftermath of the ark ceremony on the plateau, and matte paintings, such as for the exterior shot of Marion’s Ravenswood bar in Nepal.

The above featured photo is actually another example of the lengths Spielberg and crew went to in order to create a truly classic piece of cinema. It’s not a straightforward miniature set used for filming landscape scenes as one might assume. Instead, Spielberg had miniature sets of larger scenes built purely for informational purposes so he could visualize the layouts and lighting in advance, utilizing 1-inch tall figurines to suggest how many extras would be required for the actual shoot sometime in the future.

That explains why the tiny figurines look to be store-bought little green army men, and not something more customized for the film. Neat!