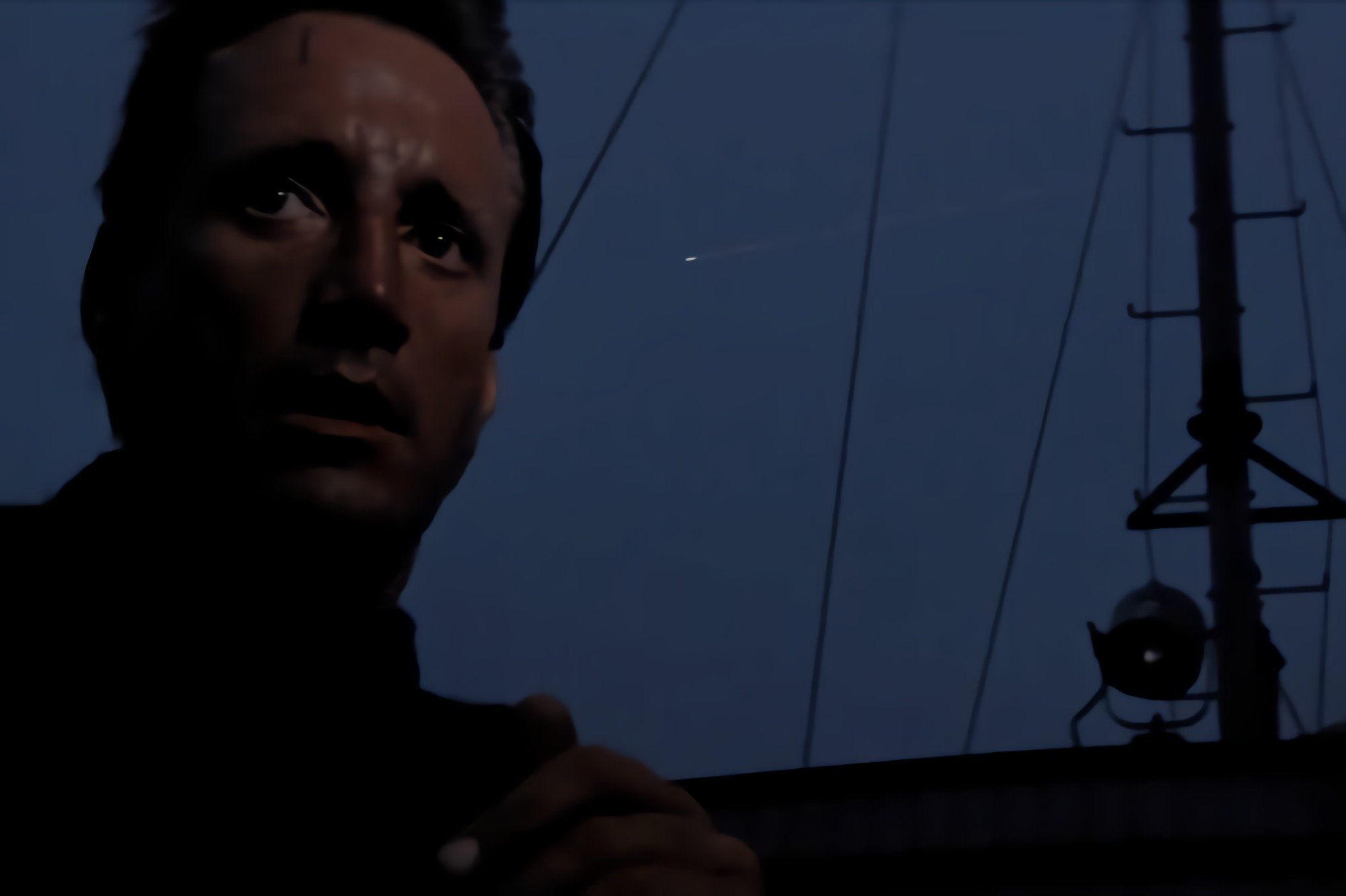 Exceptionally keen-eyed observers of Steven Spielberg’s 1975 classic “Jaws” might have noticed during the scene in which Brody (Roy Scheider) is loading his gun, a conspicuous shooting star blazes across the night sky in the background.

As luck would have it, that’s not even the only time such an occurrence supposedly happened. There’s also a shot of the boat out in the ocean when another shooting star streaks between some clouds in the upper left hand corner of the frame.

Here’s a clip of the two shooting star scenes for proof (skip to 2:54 and 3:04 of the video, respectively):

Legend has it that Spielberg and crew captured the shooting stars in camera, creating a serendipitous bit of filmmaking. As a result, Spielberg has added shooting stars into his films as a trademark ever since, often signaling a good luck charm before something climactic happens.

The trivia about Spielberg adding shooting stars to his films is both interesting and easily provable. However, I’ve got to call shenanigans on the idea that the shooting stars in “Jaws” were real and just a lucky bit of coincidence.

Why? Well, for a number of common sense reasons. For example, both scenes have extensive cloud cover. If you can’t see any regular stars, you aren’t going to see shooting stars. Also, look how massive the “star” part is. The leading part of a shooting star is usually more of a blip followed by a more noticeable tail, not a massive UFO-looking disc. Furthermore, a bright pink tail? That doesn’t look the least bit natural, either. It looks animated.

So until someone who can officially speak on the matter provides more definitive evidence that the “Jaws” shooting stars are indeed real and not movie magic, take this bit of lore with a grain of salt and remember that information submitted to IMDb trivia pages 1). Aren’t fact checked and 2). Can be submitted by anyone.