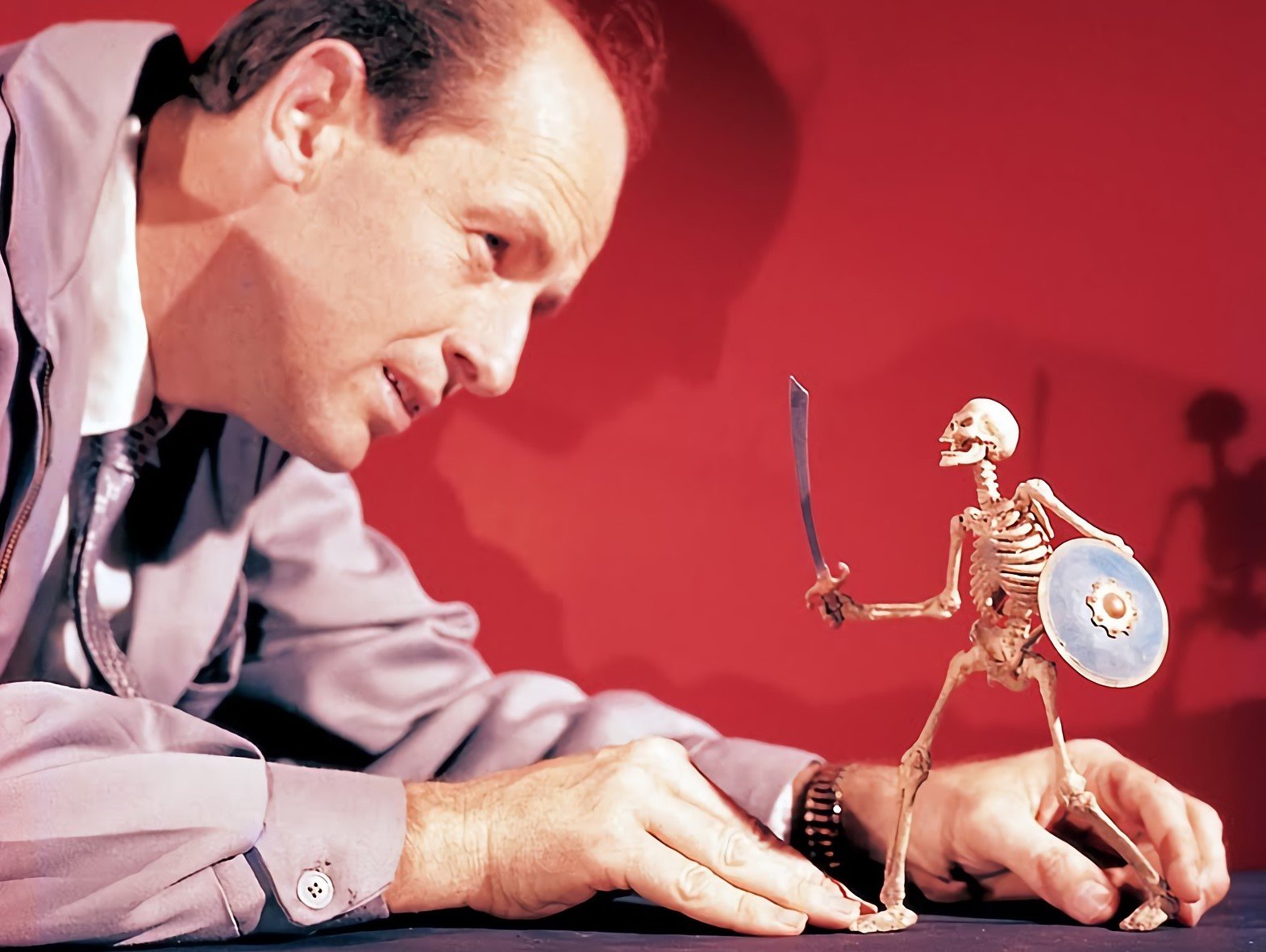 Ray Harryhausen Jason and the Argonauts

Ray Harryhausen was a special effects and stop motion legend responsible for many of the mind-blowing scenes found in the 1963 classic “Jason and the Argonauts.” He created the innovative form of stop-motion model animation known as “Dynamation.”

What is Dynamation, you ask? It’s a technique that splits the background and foreground of pre-shot live action footage into two separate images into which he would animate a model or models, seemingly integrating the live-action with the models.

In a world pre-computers and pre-CGI, this was all incredibly cutting edge, revolutionary stuff. Add a sugar cube or two of LSD into the mix — after all, this WAS the ’60s, folks — and audiences would’ve had their minds blown like party poppers.

Upon Harryhausen’s passing in 2013, Peter Lord of Aardman Animations wrote that he was “a one-man industry and a one-man genre.” Director Edgar Wright said, “I loved every single frame of Ray Harryhausen’s work … He was the man who made me believe in monsters.” And in a statement released by the family, George Lucas said, “Without Ray Harryhausen, there would likely have been no Star Wars.”

Check out the famous “Jason and the Argonauts” skeleton fight scene below.

In this article:Featured, Jason and the Argonauts, Ray Harryhausen, Special Effects, Stop Motion