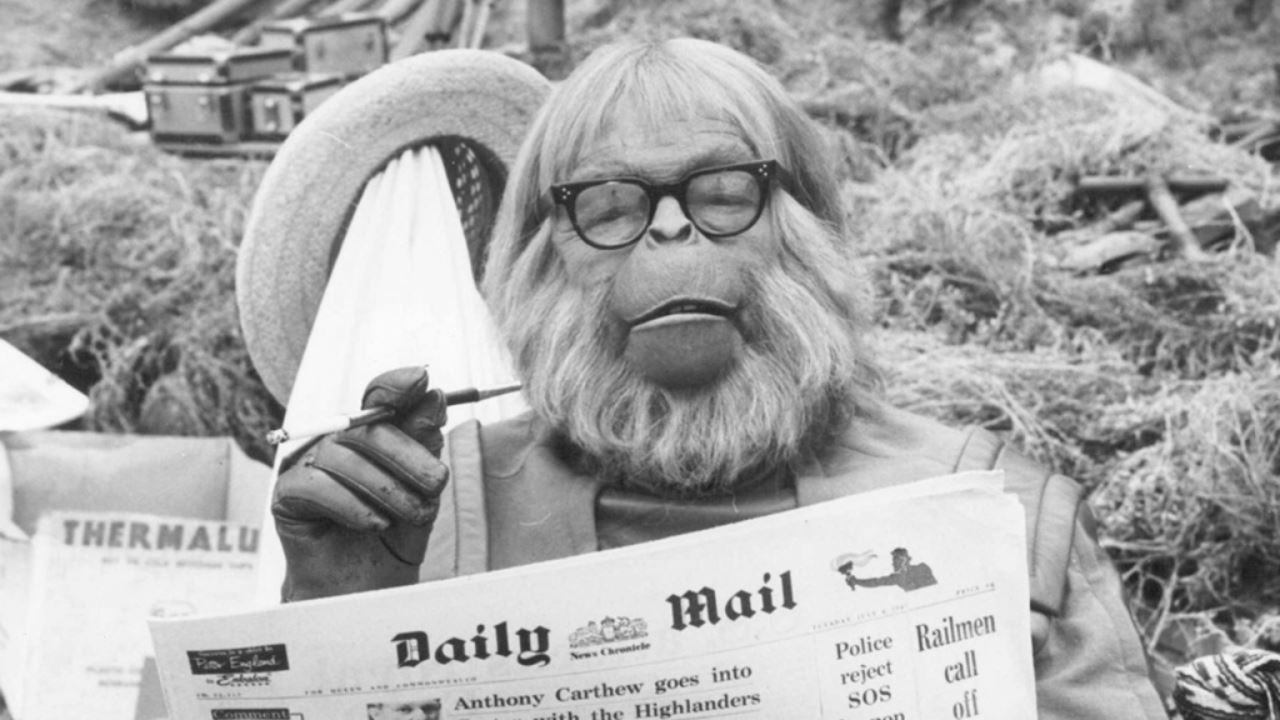 Planet of the Apes Behind the Scenes 1968

Being an ape with human-like intelligence and speech is hard work. This is exactly why Maurice Evans took a smoke break in full ape makeup while on the set of “Planet of the Apes.”

As pictured above, Maurice Evans, who played Dr. Zaius in the 1968 film, enjoys some off time during the “Planet of the Apes” production. Evans looks as sophisticated as ever in his professor glasses while smoking his cigarette through a cigarette holder.

Evans’ Dr. Zaius is a crucial character within the film. As an orangutan, he holds governmental control and is a superior leader of the apes. Throughout the film it is clear that Zaius is one of the few to know about the ancient human civilization. When astronaut George Taylor crash lands on the planet wanting answers, Zaius warns him of what he might find out.

Zaius’ warning is pretty valid. The end of the film reveals the truth behind planet’s origins while providing one of the most iconic plot twists in cinematic history. Watch the legendary scene below.

“The Planet of the Apes” spawned one of the most successful film franchises of all time. The original film produced four sequels, a Mark Wahlberg remake, and a reboot series. Together the nine films have grossed over $2 billion worldwide.

Advertisement. Scroll to continue reading.
In this article:Behind The Scenes, Featured, Makeup, Mark Wahlberg, Maurice Evans, Planet of the Apes