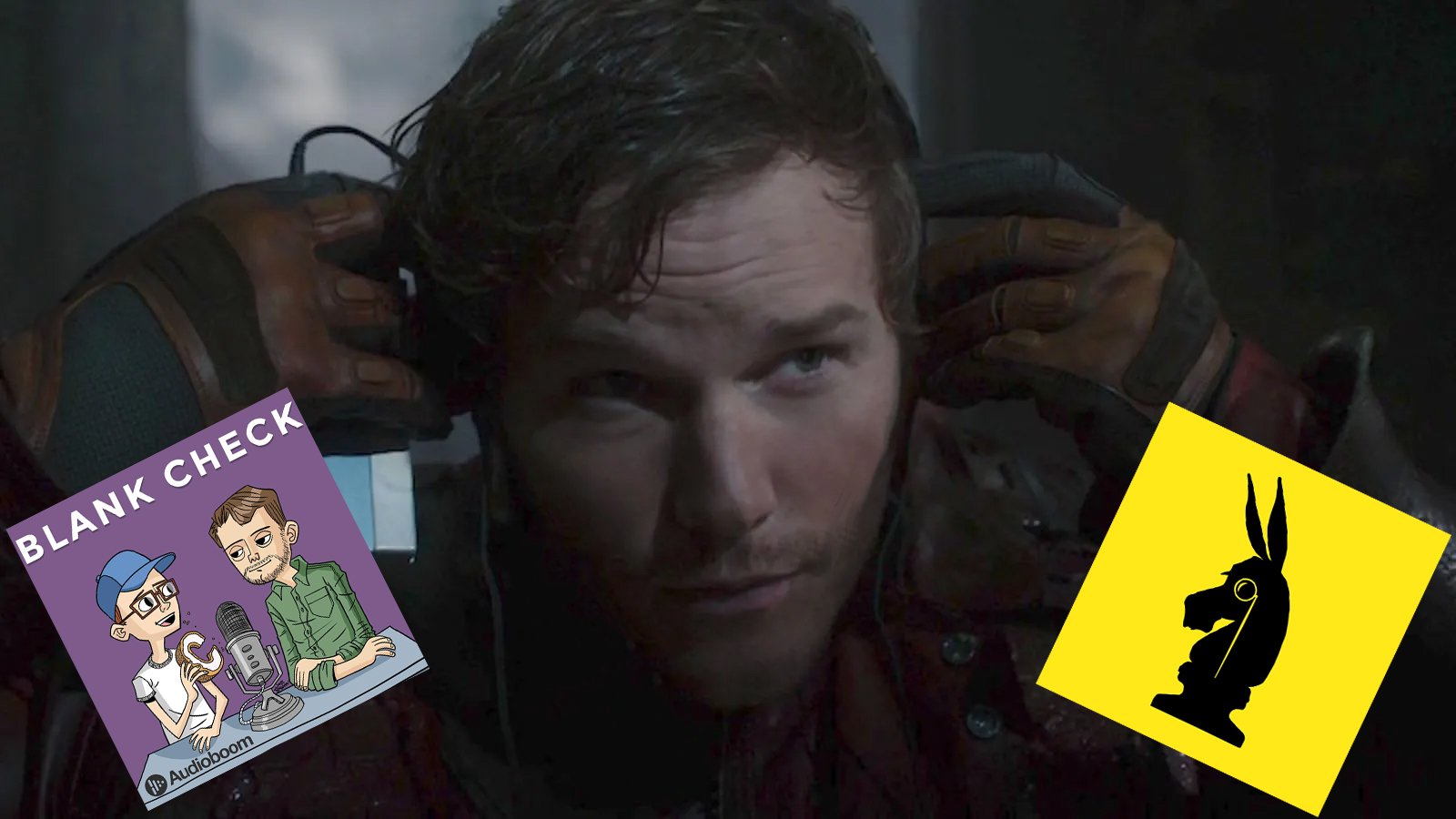 Besides watching and writing about cinema, there is just about nothing I like more than listening to the best movie podcasts. Whether you’re a casual popcorn eater or a film school student, here are the five best film podcasts to pump into your ears. Be warned: you might just be consumed by hours of content recommended here.

Blank Check with Griffin and David

My favorite podcast of all time is “Blank Check.” As the host says at the top of every episode, “This podcast is about filmographies. Directors who have had early success in their careers and are given a series of blank checks to make whatever crazy passion projects they want. Sometimes those checks clear, and sometimes they bounce baby!”

The podcast goes through every film by a director, one film per episode (usually), and talks about them in the context of their career. However, the podcast is far from exclusively academic. While the two hosts are some of the most knowledgeable Hollywood scholars I have ever encountered, they also are comedians at heart. The podcast is hilarious, with the vibe of a couple of film lovers hanging out. It’s a striking balance between the amount of knowledge they have and the number of jokes they like the pop.

Griffin Newman is an actor, best known for his work on “The Tick” television show. It is his love of bits that truly makes the podcast unique. His cohost is David Simms, a fabulous film critic for The Atlantic. While both hosts have a near-encyclopedic knowledge of film, Simms has a well-trained critical eye that makes their analysis stronger.

The podcast is currently starting their miniseries on John Carpenter with their episode on “Dark Star,” but most of their episodes on well-known movies are a good starting point. If you want something to make you belly laugh today, I highly recommend their one-off episode on “The Book of Henry,” especially if you have never seen the film.

You Must Remember This

For fans of Hollywood history, one podcast stands far above the rest. Karina Longworth’s “You Must Remember This” is essential for every film viewer. The extensive research the podcast does to unearth the history of Hollywood lost to time is impressive. But it is Longworth’s composed narration and theatrical presentation that make the podcast successful. In fact, listening to it is like listening to a great audiobook every week.

“You Must Remember This” covers topics in Hollywood history that may not always get the spotlight they need. The writers also often take a social justice spin towards their writing. Whether it is finding the unsung heroines behind classic films or visiting the history behind Walt Disney’s most racist flick. Rather than examining a film’s aesthetic, Longworth gives context to the whole industry by highlighting its darkest and oddest corners.

The podcast just finished its season on the origins of Hollywood gossip columns. I highly recommend the season “Six Degrees of Song of the South” for new listeners.

Think you know movies? Think again. The “Movie Trivia Schmoedown” has film lovers from all corners of the internet competing for belts. Between faction fights, Star Wars specific matches, and classic singles brackets, the Schmoedown is all about determining who really knows their stuff.

The podcast has adopted the aesthetics of WWE matches. The competitors even include reels beforehand where they talk about how badly they’re going to beat one another. The podcast exists on YouTube as well, where visuals are added to the audio. With specific rules worth learning and an extensive number of topics, the Schmoedown’s participatory nature makes it essential listening for movie lovers.

The “Movie Trivia Schmoedown” is perhaps the hardest podcast on this list to start. My recommendation is just to find an episode at random and go for it! Stay in the singles league for now; the other series have more complicated rules.

Show Me The Meaning

From the creators of the “Wisecrack” YouTube channel comes a podcast dedicated to the philosophical implications of films. “Show Me The Meaning” analyzes popular films for the subtext behind them. The three hosts’ conversational tone stands in contrast with their deep philosophical discussions, including references to great writers of the past.

This podcast is an outlier on this list because of its unique approach. These are philosophy lovers who are using films to talk about philosophical concepts. The podcast isn’t intended primarily for film criticism, but rather as a sort of explanation. Anyone who wants to create films with a bit more substance to them should at least give this podcast a try.

Unlike the previous two movie podcasts, “Show Me the Meaning” doesn’t have miniseries or seasons to jump into. Instead, the hosts choose their subjects often by whatever is currently popular. Their latest episode was on “Eternal Sunshine of the Spotless Mind.” But my personal recommendation if you’re just starting to listen is on Jordan Peele‘s “Us,” where they get into their interpretations of the film’s ending.

Perhaps you are an aspiring filmmaker who wants to write their own films. Well then look no further than “Beyond the Screenplay” for all your screenwriting needs. The podcast goes through specific films with great screenplays and breaks down exactly what makes them great from a structural perspective.

When I hit a dry spell in my writing, I’ve found the soothing voices of the podcast’s hosts can really spark some inspiration. Their reverence for film writing gets the creative mind reeling in a good way. Their breakdowns border on practical, giving listeners tips on how to get their own screenplays in top shape. The podcast is also perfect for finding good film recommendations.

“Beyond the Screenplay” has great guest episodes. One of their best is an episode with Patrick H. Willems on the Paddington films. Their second episode on “The Devil Wears Prada” is a great introduction to the podcast after they’ve started getting used to their format.

I tend to listen to these podcasts when I need someone else knowledgeable to “talk” to about film. In fact, I have spent more hours with these podcasts’ hosts than I have some of my closest friends. I highly recommend any of them, especially “Blank Check,” for anyone who loves film as art or entertainment.

In this article:Featured, Marvel, Podcasts