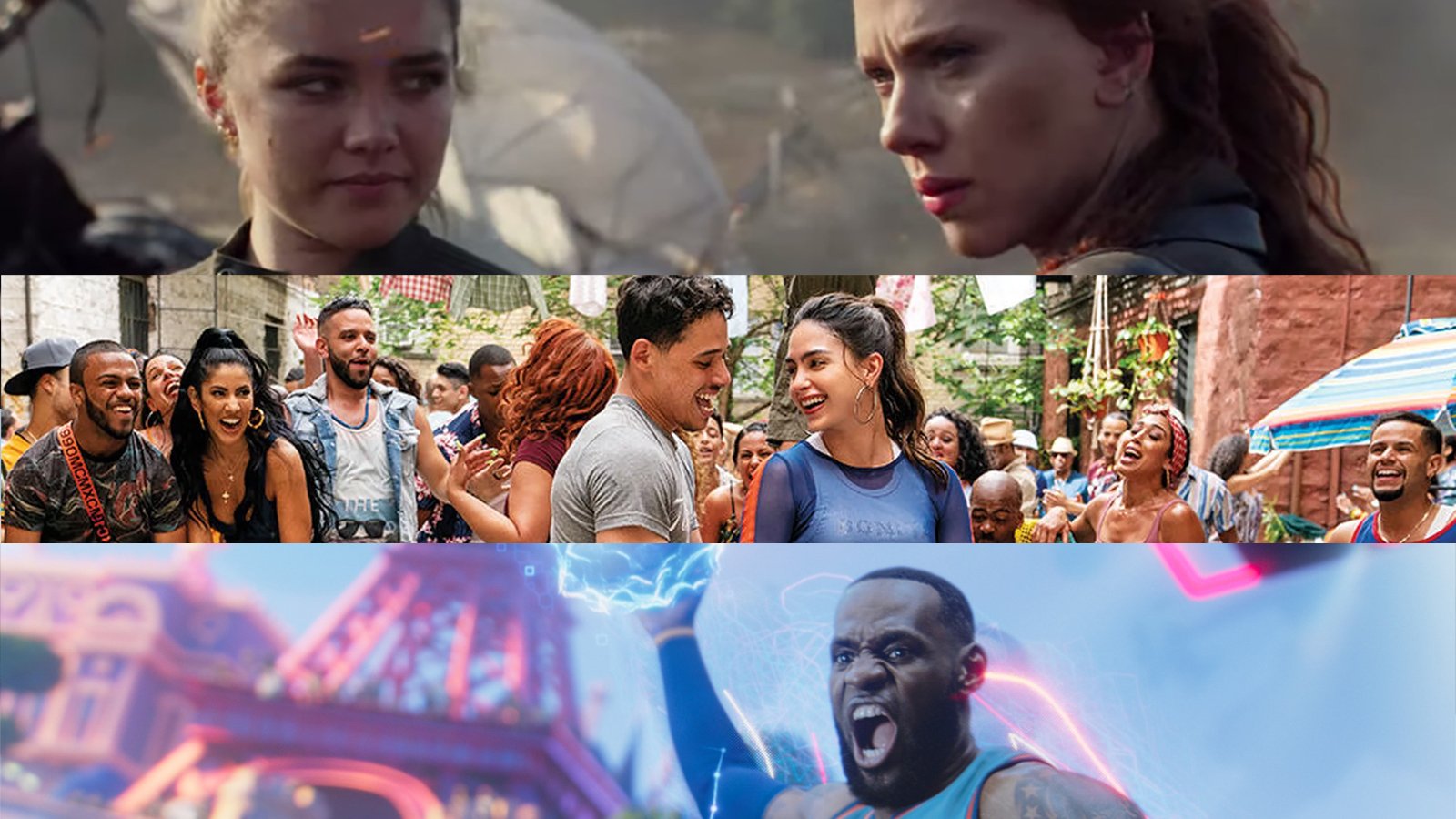 5 Big Movies To Watch This Summer

It can be difficult to keep track of the biggest blockbusters every summer. Release date delays and streaming exclusives have made choosing what to watch even more difficult. However, there are a lot of films that can be counted on to be the center of the cinematic conversation. Whether they’re big franchises or originals, you can be sure these six films will find their way to the top of the box office or at least the top of the Twitter trending page.

We kick off our list with a musical from “Hamilton” creator and serial lip biter Lin-Manuel Miranda based on his play! When a Bodega owner in Washington Heights dreams of a better life, he and the other residents of upper Manhattan learn what home truly means. The musical was a reasonable hit on Broadway and with “Crazy Rich Asians” director Jon M. Chu attached the film is sure to be great. Following the success of “Hamilton” on Broadway and Disney+, it’s likely the film will be a financial hit as well. The film promises to be an emotional rollercoaster filled with romance and musical bombast. I’m getting excited just writing about it! Additionally, be sure to catch this on the big screen; Chu’s direction is full of color and beauty that’s best experienced on a screen taller than you are.

“The Fast Saga” continues with big stars, thrilling stunts, and the love of the family of blood and gasoline. Vin Diesel returns as Dominic Toretto when his brother (John Cena) teams up with Cipher to take revenge. At one point in the trailer, rockets go off on the top of one of the cars. In other words, they might be going to space! In a franchise that’s gotten more insane with each installment, space seems like the inevitable conclusion to a series that began with street racing. While The Rock will not be returning, the cast is still stacked. John Cena has proven himself a worth wrestling replacement and a ticket-seller in his own right. Therefore, it’s a foregone conclusion the film will be the center of film discussion for a week or two this summer.

While “Avengers: Endgame” seemed to have definitively closed the book on Black Widow’s story, Marvel isn’t done with her yet. Set between “Captain America: Civil War” and “Avengers: Infinity War,” the prequel focuses on Natasha dealing with her past as an undercover agent. This film marks a big change for the Marvel Cinematic Universe. For example, David Harbour of “Stranger Things” fame and Florence Pugh (Little Women) are joining the universe for the first time as part of Romanoff’s mysterious past. Most importantly, Marvel’s Phase 4 begins with this movie, which is only the second MCU movie directed by a woman. Let us hope that “Black Widow” will set a good tone for Marvel movies going forward, with “Eternals” just around the corner.

Welcome to the Jam! When an alien entity captures his son, LeBron teams up with Bugs and the gang to win him back via a basketball game. Certainly, the “legacy” sequel has seen a resurgence in the last few years. From “Toy Story 4” to “Top Gun: Maverick,” you’d think Hollywood would have exhausted films that came out years ago getting sequels. But 25 years after Michael Jordan took to the big screen, LeBron James is bringing back the Tune Squad for a sequel that’s sure to bring millennial nostalgia to new heights. Moreover, the trailer showcases a lot of non-Looney characters, from the Iron Giant to the Scooby Gang. Like “Ready Player One” before it, it seems this film is guaranteeing its success by putting every character Warner Bros. owns into one movie.

There are few crossovers between the DC film universe and the Marvel Cinematic Universe. For example, Joss Whedon was co-director on “Justice League” before The Snyder Cut changed his story. Another example is director James Gunn, who recently directed “The Suicide Squad” before returning to “Guardians of the Galaxy Vol. 3.” While the first film didn’t do very well critically, the sequel’s aesthetic is different and the cast has expanded; John Cena has made his second appearance on this list as the new character Peacemaker. However, Margot Robbie has returned following up “Birds of Prey,” her Harley Quinn prequel. The film is sure to be a source of discussion, whether positive or negative.

This is perhaps the most outlandish film on this list. Ryan Reynolds stars as a man who discovers his world is a video game. What else is there to say? Originally trailers advertised the film coming out in 2020, but the pandemic forced delays. Consequently, this film is now premiering this August. With Reynolds doing his “Hitman’s Bodyguard” insecure-but-cool persona, the public will be starved for a film that’s both a safe bet and yet not another franchise. Watch for this one; I predict it will be a big draw by the time we all feel safe going into theaters.

Now that you know what to watch, let’s all get out there and safely support our local theaters!