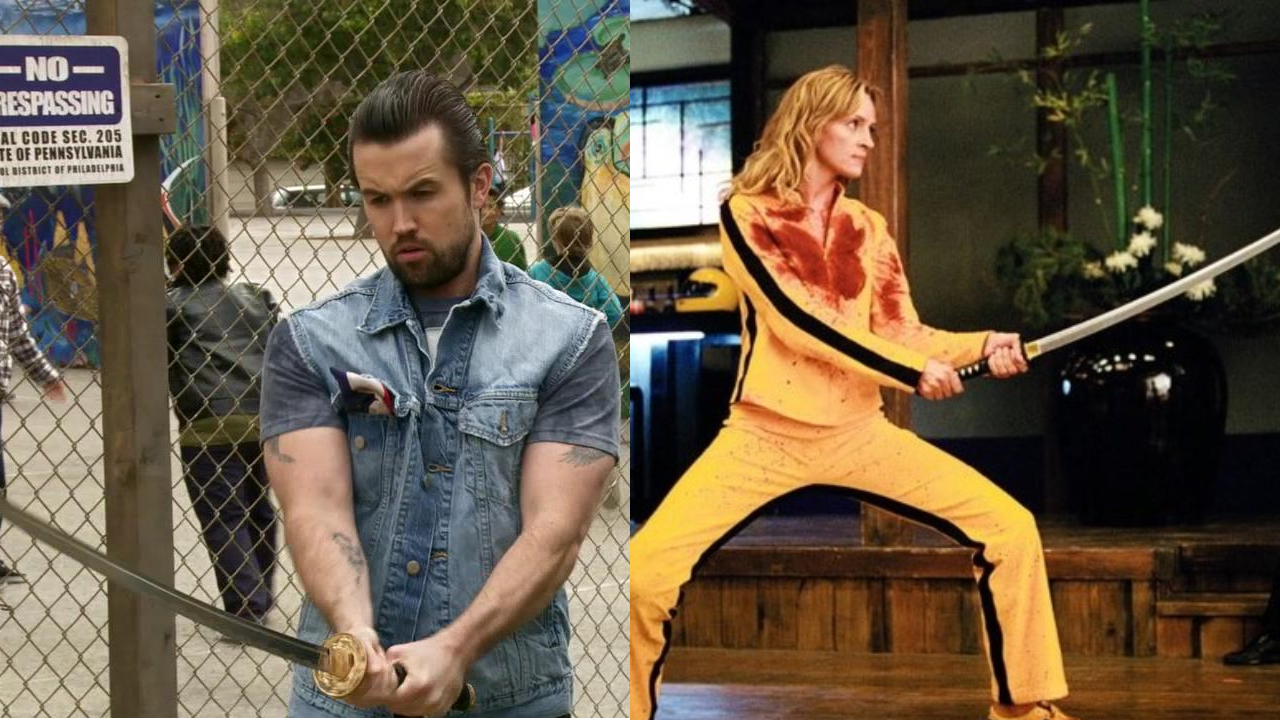 The folks over at “It’s Always Sunny in Philadelphia” aren’t that different from Quentin Tarantino. Aside from the whole foot fetish thing, both parties have a knack for telling fascinating stories, embracing a razor sharp wit, and fearlessly pushing the envelope presenting unapologetically daring content.

As part of an ongoing series, Metaflix has featured all the awesome movie homages contained within “The Simpsons.” Has “Always Sunny” ever directly paid homage to QT, or vice versa? Not that I’m aware of.

But maybe … just maybe … if you REALLY use your imagination, certain aspects of the show or QT’s plotlines have been influenced by one another.

Case in point? Check out these so-called crossover episodes seen in the graphic below. It may be a stretch, but it’s still fun to imagine some kind of connection. Oh, and for bonus points, do your best to connect WHY the particular “Always Sunny” episode shown is tied to the Tarantino movie in some way. Some are pretty obvious, while others require a bit of thinking outside the box.