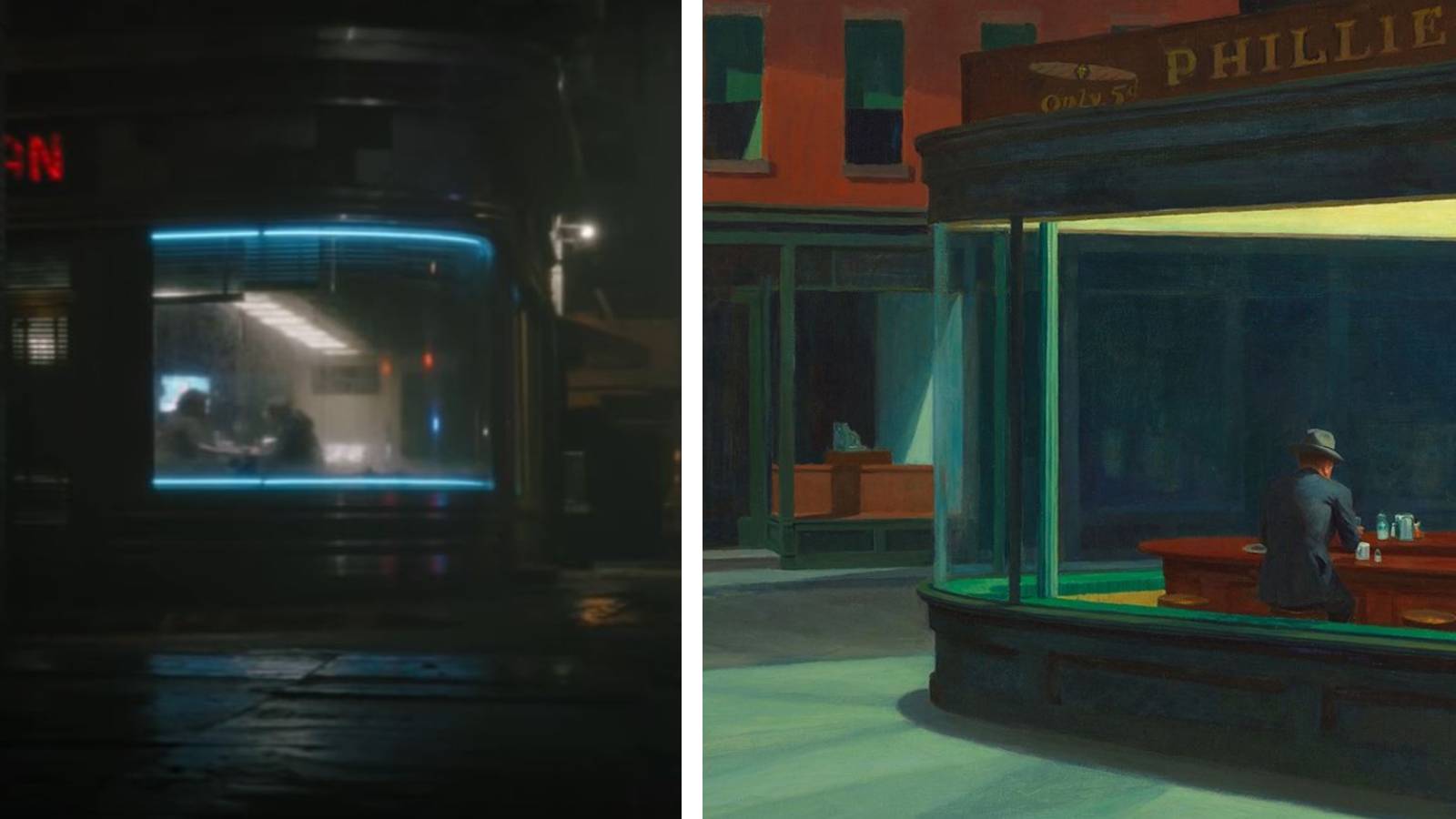 On the left hand side of the featured image, you have the opening shot of the newly released “The Batman” trailer. On the right hand side, you have Edward Hopper’s famous 1942 oil on canvas painting titled “Nighthawks.” Look similar?

The character of Edward Nashton, AKA Riddler, played by Paul Dano is sitting by himself in a coffee shop minding his own business, the same as the man in Hopper’s painting. Many art historians have delved into detail about the stark feeling of loneliness in the famous artwork. When asked about it, Hopper commented, “unconsciously, probably, I was painting the loneliness of a large city.”

And what better piece of art to feature in a Batman film than one that evokes a sense of loneliness in a big city?

Now to be clear, I haven’t received confirmation from Matt Reeves, cinematographer Greig Fraser, or anyone else involved in the film’s production that this painting is 100% the inspiration for this shot. But I’ll also let you in on another secret: filmmakers LOVE using famous art pieces for inspiration and references in their work. It’s cool, classy, and seen as being intellectually enlightened.

Nevertheless, beyond the visual similarities between the imagery of the two scenes, there’s even more to suggest that the pairing is deliberate.

We all know that Gotham is representative of New York City. “Nighthawks” is said to be inspired by a diner (since demolished) in Greenwich Village, Hopper’s neighborhood in Manhattan. Hopper himself said the painting “was suggested by a restaurant on Greenwich Avenue where two streets meet.”

Not quite a smoking gun, but where there’s smoke there’s fire, and I hope at some point an interviewer can ask Reeves or cinematographer Greig Fraser if they can confirm any of the above.