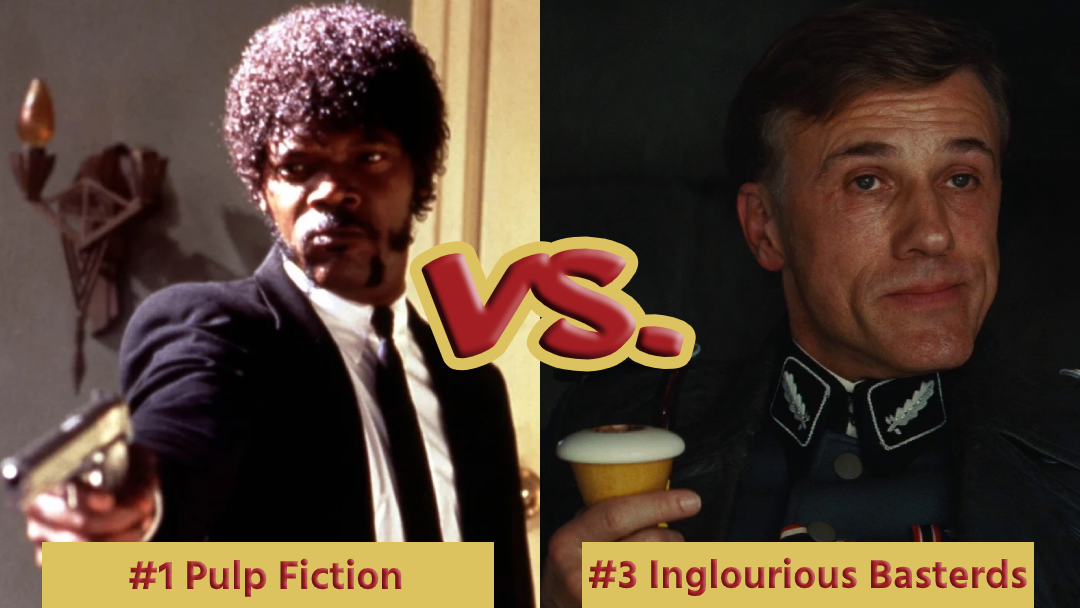 After nine rounds and thousands of fan votes, the Battle Royale with Cheese champion has finally been crowned. Number one seed “Pulp Fiction” won a decisive victory over number three seed “Inglourious Basterds” in the finals, with 115 votes to 52 votes (69% – 31%).

Obviously the number one seeding for “Pulp Fiction” is both deserved and now confirmed. “Pulp Fiction” is without a doubt Quentin Tarantino’s most heralded film and the ferocity and technical brilliance with which it is constructed is beyond reproach.

Some people commented that number 5 seed “Reservoir Dogs” should have been in the finals. However, QT’s first film was in the same bracket as “Pulp Fiction” and lost by an even greater margin, so not only did the people asking for it essentially get the matchup they wanted, but I think the seeding correctly bore that out.

The only film that may have been mis-seeded was number 2 ranked “Kill Bill: Vol. 1.” That film did make it to the semifinals, but was handily beaten by “Inglourious Basterds” by a 60%-40% margin. Had “Inglourious Basterds” been given the #2 seed, the finals would’ve been #1 versus #2 (instead of #3, which is still damn close) so again, I’ll pat myself on the back for the accuracy of the seeding because none of those whining mofos on social media will surely ever do it.

Thus concludes the first poll tournament Metaflix has ever hosted. It’s been fun and I think rather successful from an engagement perspective.

Before the Battle Royale with Cheese, Thursdays were reserved for voting on which new movie coming to theaters people were most excited about. Since this won’t be happening anytime soon, I’m considering a new tournament. A battle between Martin Scorsese films is the first concept that comes to mind. We’ll see …