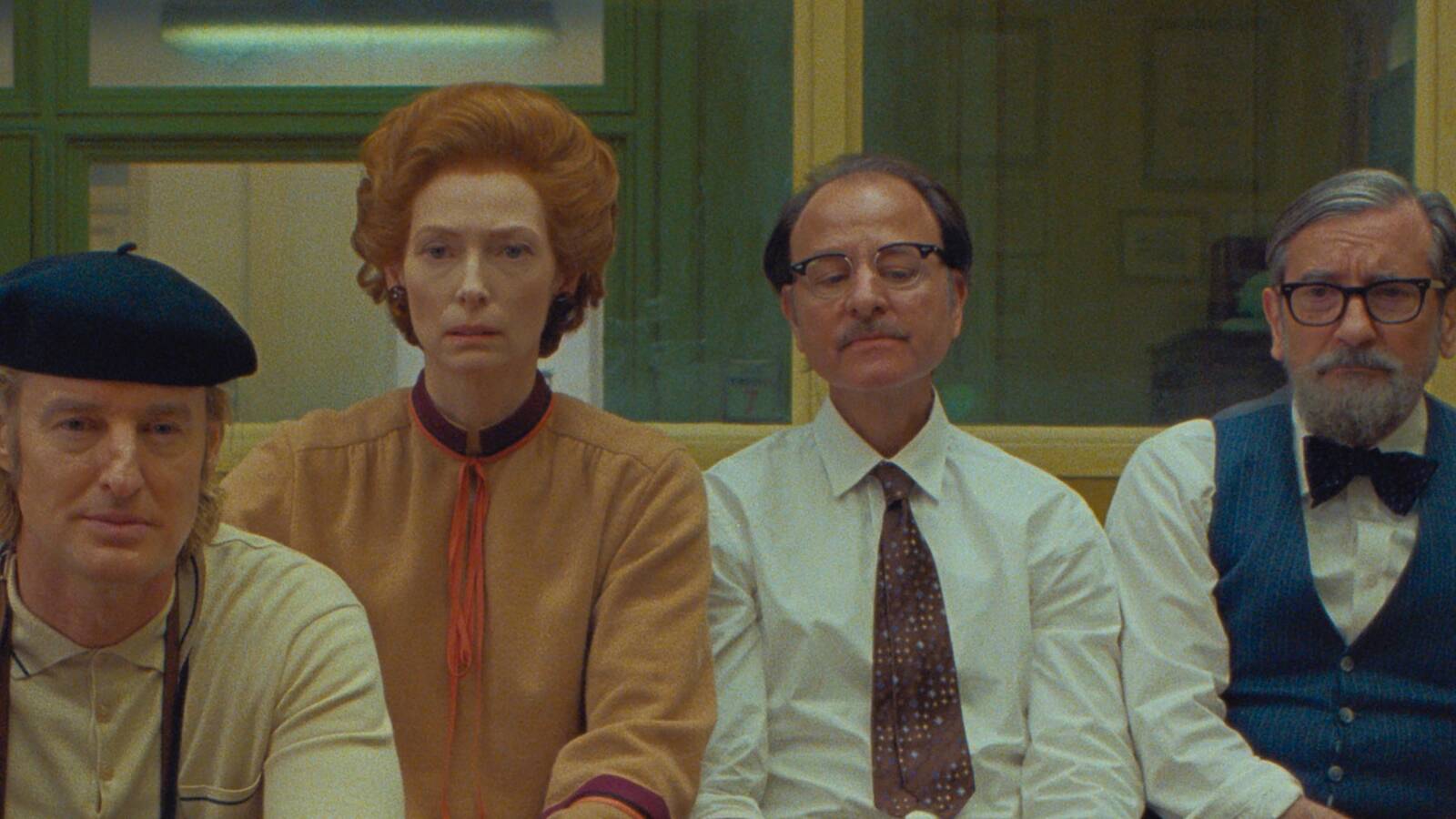 Colorful, symmetric, and whimsical. These new posters for “The French Dispatch” could only be brought to us by Wes Anderson. The characters look vibrant this time around, as oppose to the black-and-white trailer released earlier this year.

Icons and illustrations galore in these photos, as each character stands in front of an informative background. With such a large cast, 12 posters were released for introduction.

Some posters are notably more eye-catching than others. Frances McDormand and Tilda Swinton for example, stand out in color-coded outfits of orange and red in front of complimentary pink and yellow backgrounds.

However, the more muted posters force viewers to look closer. Notice Bill Murray’s character stands in front of a map of his hometown. Benicio del Toro’s poster showcases him as an incarcerated artist, while to the left Lea Sydoux Simone is drenched in red, surrounded by bars. Each Poster is like a character biography.

Some posters remain in their black and white state, like Adrian Brody, which give a much more dramatic air, like a noir that transitions into color.

Overall, the newest posters stir up a lot of questions about the film, like whether Timothee Chalamet will brush his hair by the end of the movie.

In this article:Featured, The French Dispatch, Wes Anderson