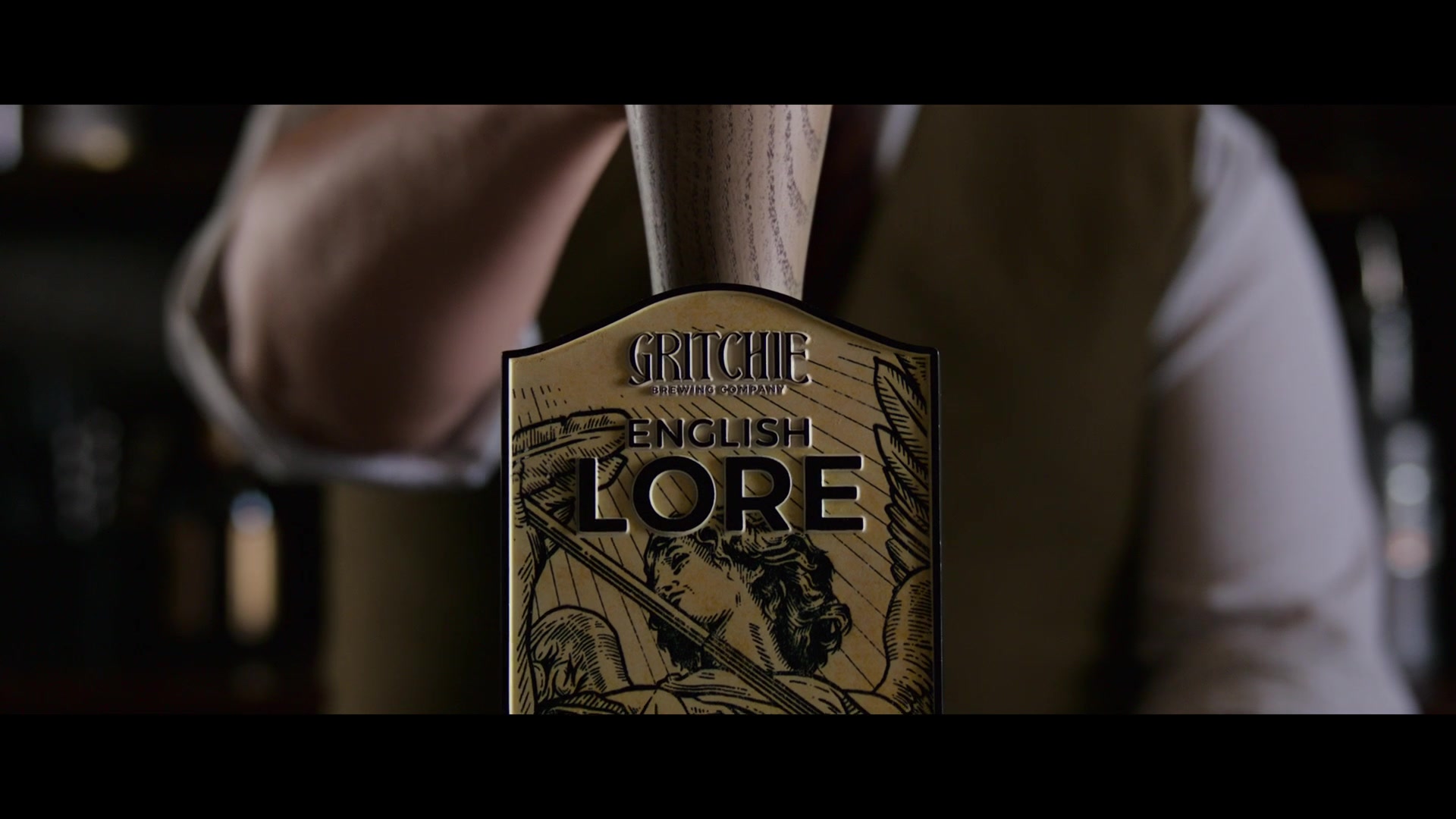 Guy Ritchie’s 2019 film “The Gentlemen” is largely considered an underrated gem. We all the know the filmmaker is renowned for such flicks as “Snatch” and “Lock, Stock, and Two Smoking Barrels,” for example. But “The Gentlemen” hit theaters with little critical or audience fanfare, which is a darn shame considering how smart the film truly is.

Seriously. If you watched it once, give it another go. If you haven’t seen it, give the flick a shot. All of Ritchie’s most notable films are keen on their serpentine plots, and “The Gentlemen” is no different. Though a bit dense at times, once you see the full picture, that “a-ha!” moment is downright brilliant and thrilling.

So for this Movie Detail Monday, I’m going to serve you up a nice frothy pint of fascinating goodness.

There’s a scene in a pub in which the bartender pulls a pint of Gritchie English Lore. You probably haven’t heard of Gritchie Brewery, but it isn’t made up for the film. Perhaps our friends across the pond are more familiar with it.

That’s because Gritchie is Guy Ritchie’s actual brewery, which he owns and operates. They brew a half dozen different varieties, from lagers to ales. Sure, this Easter egg is also a bit of product placement, but if Quentin Tarantino used one of his two movie theaters in one of his films, I’d geek out over that, too.