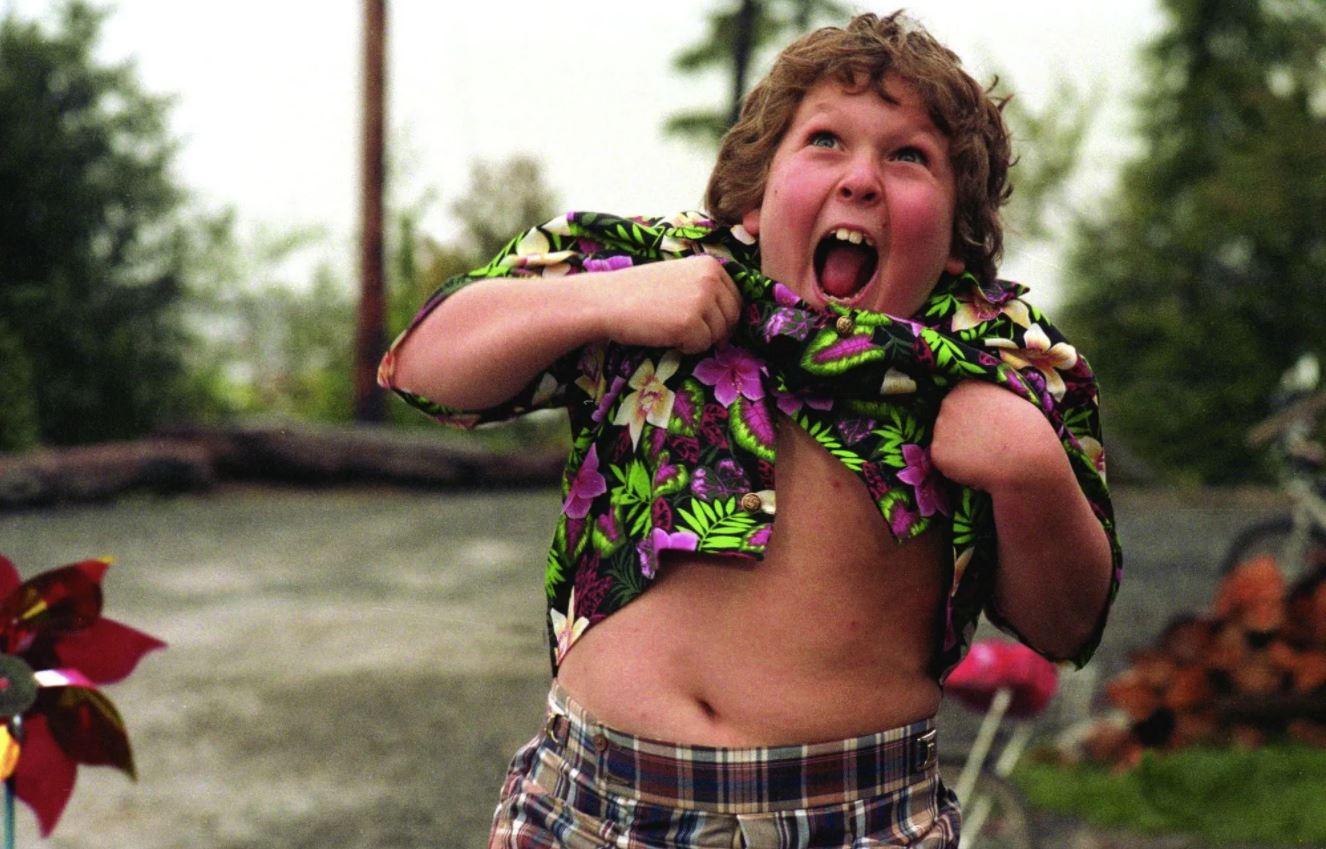 We’re talking about that pure time during adolescence when there really isn’t anything serious to worry about, yet EVERYTHING seems to be a life or death proposition in which dares, discoveries, and adventures are the greatest since Columbus crossed the Atlantic and Gagarin blasted into space.

Speaking of Columbus, you might not know that Chris Columbus–the filmmaker, not the explorer–wrote the screenplay to “The Goonies,” with Steven Spielberg getting a story credit. Columbus also has directing credits such as “Home Alone” and “Harry Potter” to his name, so he’s kind of a big deal.

However, it was the year prior to “The Goonies” that Columbus also wrote “Gremlins.” This little tidbit may therefore give you that sudden “ah-hah!” moment when realizing how the two films are connected.

Remember when Chunk contacts the sheriff, who doubts what he’s hearing? Indeed, the sheriff references a previous prank call about “all those little creatures that multiply when you throw water on them.”

That’s an obvious reference to “Gremlins,” of course, with our friend and the writer of both films Chris Columbus patting himself on the back.

In this article:Chris Columbus, Featured, Gremlins, Steven Spielberg, The Goonies