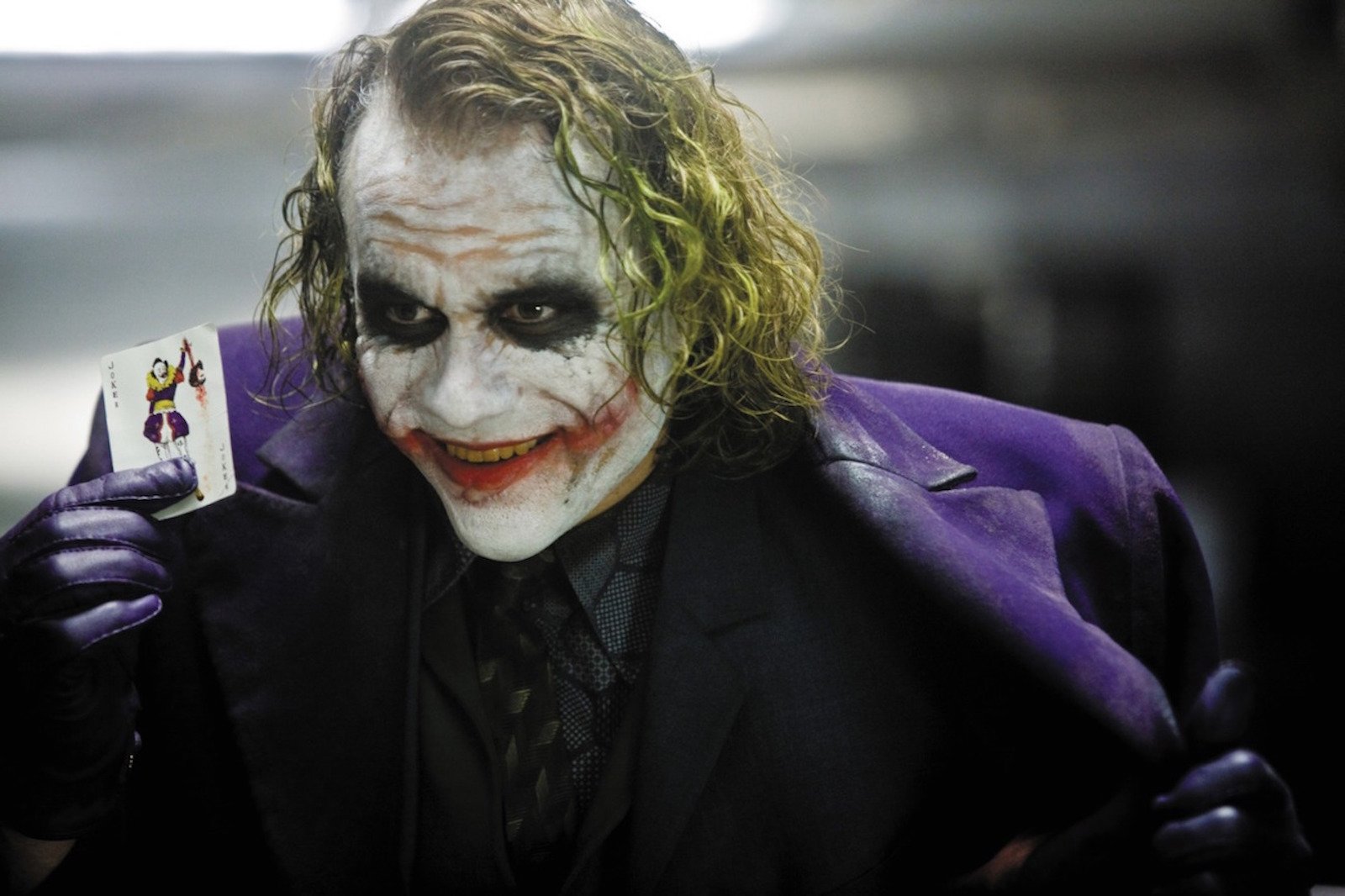 Christopher Nolan’s “Dark Knight” Trilogy is arguably one of the best set of superhero films to date, and while “The Dark Knight Rises” offered moviegoers a satisfying, epic conclusion to the revered trilogy, I’ve wondered what the film would have looked like if not for Heath Ledger’s (Joker in “The Dark Knight”) tragic passing.

“The Dark Knight Rises” sees Batman taking on perhaps his most physically exhaustive foe: Bane. Tom Hardy delivers a captivating performance as the hulked-out terrorist, but it’s certainly a thematic rupture away from his challenge in the previous film.

“The Dark Knight” introduces Nolan’s Batman to the Joker, an “agent of chaos” bent on proving to Batman that deep down, everyone’s as crazy as he is. He wants to prove to Batman that if people are pressured, bent down, emotionally tortured and suffocated with fear, they’ll eventually snap and be prone to lashing out in violence, thus showing humanity’s true, dark colors.

Throughout the film, Joker manipulates the film’s protagonists to act against themselves and each other, all with the intent of converting Harvey Dent (Gotham’s District Attorney, White Knight and figurehead example of pursuing criminal justice legally) into a madman bent on getting revenge on the very legal institutions he long swore to protect.

It’s a physiological thriller of the highest order and definitely very different from the explosive, action-packed, war-epic Nolan presented with his finale, “The Dark Knight Rises,” which sees Batman having to master physical strength to defeat Hardy’s Bane.

Despite their differences, however, fans have always wondered how the third film would have played out if Ledger hadn’t passed away. Scarecrow and Ra’s al Ghul make an appearance, and with Ledger’s performance being widely praised at the time of “The Dark Knight’s” release (he did win the Oscar, by the way), it would have been strange if Nolan hadn’t had plans to include him in the finale.

David S. Goyer was recently interviewed; he revealed a few secrets about Nolan’s trilogy, including whether Nolan had plans to include Joker in the finale and his thought process when working on “The Dark Knight Rises.”

Goyer is a filmmaker, screenwriter and comic book writer, and he was responsible for writing the screenplay to “Blade” as well as all three “Dark Knight” movies. In the interview, Goyer talked about Ledger’s passing and how the trajectory of crafting the third film likely would have changed drastically if not for it.

“Obviously, that would have completely changed the polarity of the third film. And, indeed, we didn’t discuss the third film until two or three months after The Dark Knight had come out. Chris wasn’t interested [in discussing] what might happen in the next film. He always wanted to focus on the film at hand. He didn’t want to lay any groundwork for something that may or may not happen,” Goyer said. “But it’s a logical assumption that the Joker would have been released, and it’s certainly interesting to think of what would have happened if we had done that.”

Though “The Dark Knight Rises” was by no means a disappointment, it certainly would have been interesting to see how Joker’s methodical, villainous and carefully cultivated schemes would have pared against Bane and his physical potency.

Though Ledger was ultimately not a part of the finale, at the very least, his performance as the Clown Prince of Crime left us with a heck of a swan song.

The entirety of “The Dark Knight” trilogy is available to stream on HBO Max.