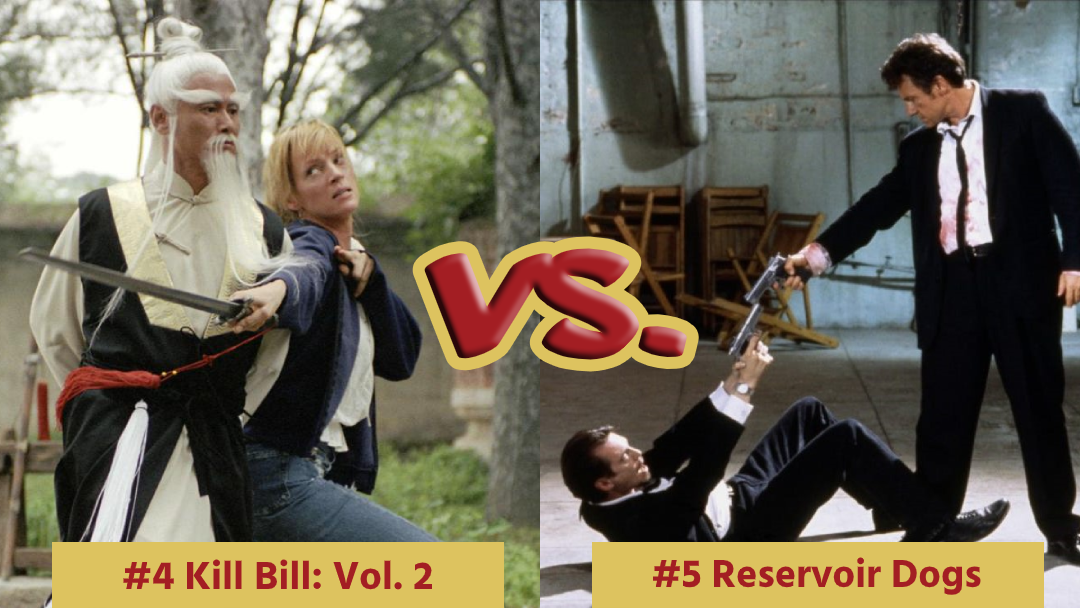 The result was far closer than anticipated. I suspect there’s a bit of recency bias here, but nevertheless it speaks volumes about the ongoing high level of filmmaking from QT. Now “Kill Bill: Vol. 1” moves onto the semifinals against the winner of “Inglourious Basterds” and “Django Unchained.”

This week in the third quarterfinal matchup, #4 seed “Kill Bill: Vol. 2” takes on #5 seed “Reservoir Dogs.” The former is widely considered one of QT’s best works, so everyone is (rightly) expecting the film to emerge victorious. The latter, however, is QT’s first writing-directing effort and the movie that catapulted the acclaimed filmmaker to fame. It’ll be interesting to see which film edges out a win.