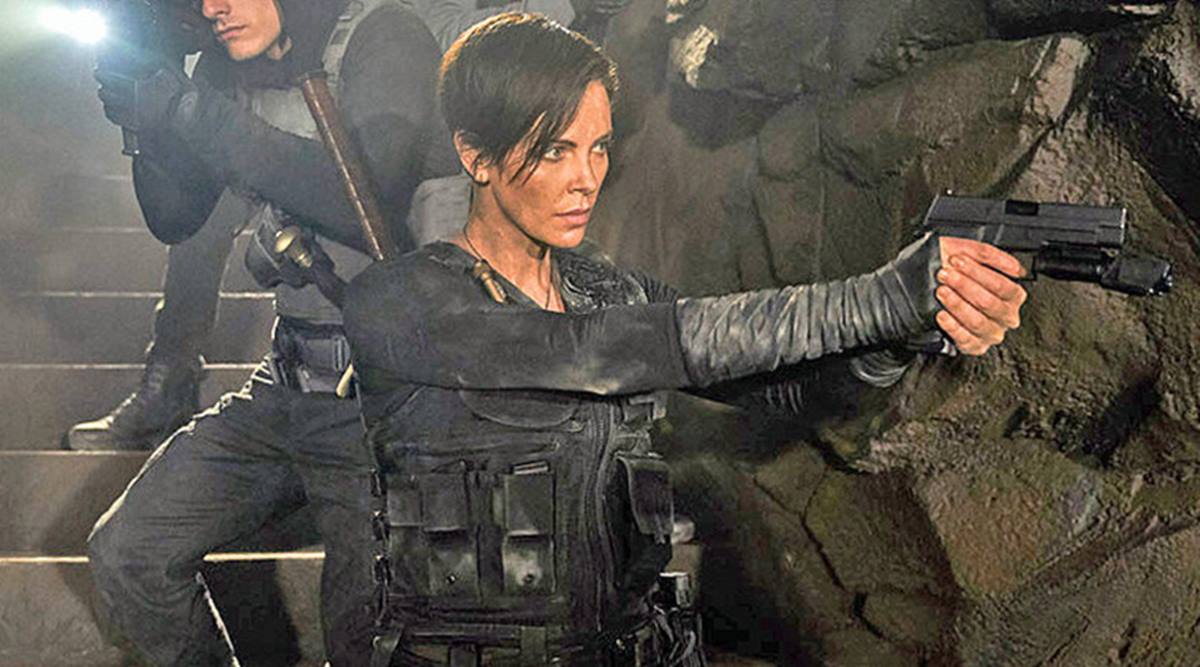 Usually the story in Hollywood is that an actor does action roles and then they do their Oscar-winning dramas. For Charlize Theron, this seems to be the other way around, and we are all the better for it. But at the end of the day, Charlize Theron can really act, bringing pathos to action roles such as Furiosa in “Mad Max: Fury Road.” For Fury Road fans clamoring for a Furiosa movie, “The Old Guard” might tide them over for a little while.

“The Old Guard” follows Andy (Theron), who has Aeon Flux’s haircut and grit but not her outfit.  Andy and her colleagues Booker (Matthias Schoenaerts), Joe (Marwan Kenzari), and Nicky (Luca Marinelli) at first seem like a run-of-the-mill spy team. They meet up for reconnaissance in Morocco and accept a mission from a former CIA operative, Copley (Chiwetel Ejiofor). The four team members carry modern assault rifles but also oddly archaic weapons such as battleaxes and swords. This is because, it is soon revealed, Andy, Booker, Joe, and Nicky are practically-immortal beings who have been warriors for centuries. Meanwhile, Nile (KiKi Layne, If Beale Street Could Talk), a US Marine, is killed during a mission in Afghanistan. The next morning, Nile wakes up in a hospital bed, having recovered from her throat being slit. Andy and company are alerted to Nile’s presence through a psychic link and seek to bring her on to their team.

Due to the immortality and psychic-link aspects, “The Old Guard” has been compared to “Highlander,” but the similarities stop there. In “Highlander,” there is incentive for immortals to kill each other, but in “The Old Guard,” they have to stick together and fight off threats to their immortality. Turns out, the Old Guard can die, without warning, when their “time has run out,” just like we non-immortals do. And medieval witch trials were no picnic—when you’re burned at the stake and come back to life, good luck trying to convince the angry villagers that you’re not a witch. (Perhaps they should see if Andy weighs the same as a duck, Monty Python-style?) But once Copley discovers the Old Guard’s immortality, he and pharmaceutical CEO Merrick (Harry Melling, of Harry Potter fame) get to work on attempting to harness their immortality as a cancer/ALS cure (Copley) and a money-making scheme (Merrick).

“The Old Guard’s” screenplay is by the same writer of the comic book, Greg Rucka, and directed by Gina Prince-Bythewood. Prince-Bythewood, who directed the beloved romance “Love and Basketball,” might seem like an odd choice to helm a superhero action movie, but so was Taika Watiti to direct “Thor: Ragnarok,” widely considered the best Thor film and many people’s favorite Marvel cinematic universe film. (It’s me. I’m people.) The success of these two films lies in the directors’ unique voices in well-worn ground. Prince-Bythewood explores the characters’ reactions to their situation and their ties to each other and the world outside their group. Nile wants to see her family, knowing how dangerous the optics are due to not only her powers but also because she’s a military deserter. Andy gently but firmly tells Nile that it will be painful to watch her family age and die; Booker watched his family die and was powerless to stop it. Joe and Nicky are standouts in a charmingly romantic relationship. A police officer scoffs that the two are “boyfriends,” and Joe responds in a swoon-worthy monologue that ends with “He’s not my boyfriend; he’s all and he’s more,” in a moment that had Twitter all a-flutter with praise for the movie’s LGBTQ representation.

“The Old Guard” has its flaws, though. It tells a lot when it should show. Nile, the audience stand-in, often shouts a lot of obvious questions that Andy patiently responds to, which is clunky worldbuilding. Merrick and Copley could have been combined into one character rather than two one-note characters; Ejiofor does well with what little he’s given, but Melling is essentially Dudley Dursely by way of Martin Skreli. Technically Merrick is a comic-book villain, but billionaire comic-book villains are a dime a dozen, and nothing new or memorable is done to build upon that framework, resulting in a cartoonishly silly villain. There are also strange musical cues. While it’s not new for a pop or rock song to play over an action scene in a movie, the music makes the movie seem like a YA movie from a few years ago. Given the supposed ancient ages of the characters, it seems like a missed opportunity to not have booming, warlike drums and music that connotes an older time.

Still, in a year without Marvel or DC movies, “The Old Guard” scratches a high-concept comic-book itch in entertainment. Charlize Theron is a fun action star to watch (when you’re not begging her to zig-zag in Prometheus) and is really in her element as a warrior queen. The audience really believes she can slice an enemy’s head off with a battleaxe as well as she can identify the source of every ingredient in a piece of baklava. The result is a good movie to watch with popcorn—or perhaps a sweet, sticky piece of baklava.