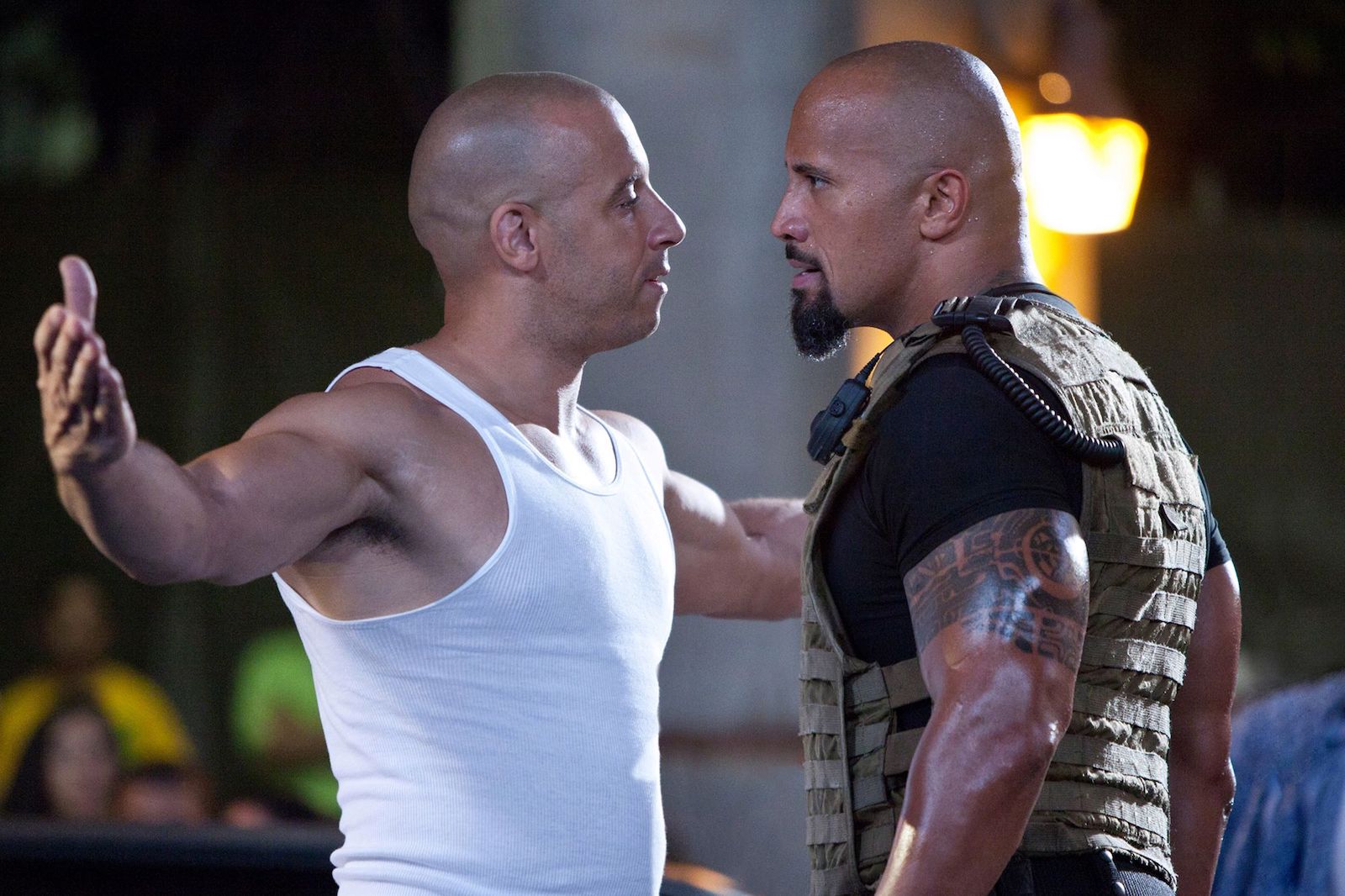 Dwayne “The Rock” Johnson is done with the “Fast & Furious” universe, at least for now. He recently confirmed he would not be returning for the series’ 10th or 11th installments. “F9,” which came out very recently, did not feature Johnson’s character, and as a fan of Johnson’s Luke Hobbs, I gotta say, I really missed him in this one.

For those that need a refresher, basically, the drama boils down to this. Rumors of behind-the-scenes quarrels and arguments were leaking all over the internet during the filming of the 8th installment of the “Fast” series “The Fate of the Furious.” These backstage arguments (allegedly between Diesel and Johnson) were apparently taking place since Johnson first joined the series during its 5th installment.

However, people were made aware of the arguments when, back in 2016, Johnson (in a since-deleted post) took to Instagram to comment on the behavior of one of the film’s cast members (everyone was convinced he was talking about Diesel.) He said that fans should not be surprised if his character often seems upset or is just gone from certain scenes.

“Some [male co-stars] conduct themselves as stand-up men and true professionals, while others don’t. The ones that don’t are too chicken shit to do anything about it anyway. Candy asses,” he wrote. “When you watch this movie next April [“F8,”] and it seems like I’m not acting in some of these scenes, and my blood is legit boiling—you’re right.”

This prompted a social media back and forth word frenzy that kept going on until two years ago when both Diesel and Johnson extended olive branches. Effectively ending the feud. Recently, Diesel was interviewed and referred to the drama in a way that blew up the conflict, inevitably finding its way back into the mainstream.

Here’s what he said:

“That took a lot of work. We had to get there, and sometimes, at that time, I could give a lot of tough love,” he shared of his conversations with the former wrestler. “Not Felliniesque, but I would do anything I’d have to do in order to get performances in anything I’m producing.”

Basically, Vin Diesel, who’s been a longtime producer of the series, claimed he wanted Johnson’s portrayal of Hobbs to match his vision of the character, and to him, the ends justified the means. Even if the means were treating him with a lack of respect. Now I don’t exactly know what kinds of fights they had or what specifically Diesel said to Johnson, but I mean, heck, the situation was so bad that Johnson took to Instagram to talk about it, which for him to do, implies a lot of inappropriate behavior on Diesel’s part.

Now, in an interview with The Hollywood Reporter, Johnson responded to Diesel’s comments and stated he wouldn’t be back in the family any time soon. “I laughed, and I laughed hard,” he said of Diesel’s recent interview statement. “I think everyone had a laugh at that. And I’ll leave it at that. And that I’ve wished them well. I wish them well on “Fast 9.” And I wish them the best of luck on “Fast 10” and “Fast 11” and the rest of the “Fast & Furious” movies they do that will be without me.”

Emily Blunt was present for the interview because they were supposed to be talking about their upcoming film “Jungle Cruise.” And honestly, I’m so glad she was because what she said was gold.

“Just thank God he was there,” she says of Diesel. “Thank God. He carried you through that.” “Felliniesque,” Johnson says.

Anyways, suppose Johnson really is done with the “Fast” franchise. In that case, that’ll be a huge shame – for a decade now, he’s been a hugely fun part of the series, and while “Fast 9” was all kinds of entertaining insanity, as I said before, his absence was felt, with other cast members left to provide levity. Yet, at the same time, Diesel continues to take it all “incredibly seriously.”

If Johnson really is done with the main series, then maybe we could get a follow-up to 2019’s “Fast & Furious Presents: Hobbs & Shaw,” anything to keep Johnson in the series would be fine by me.