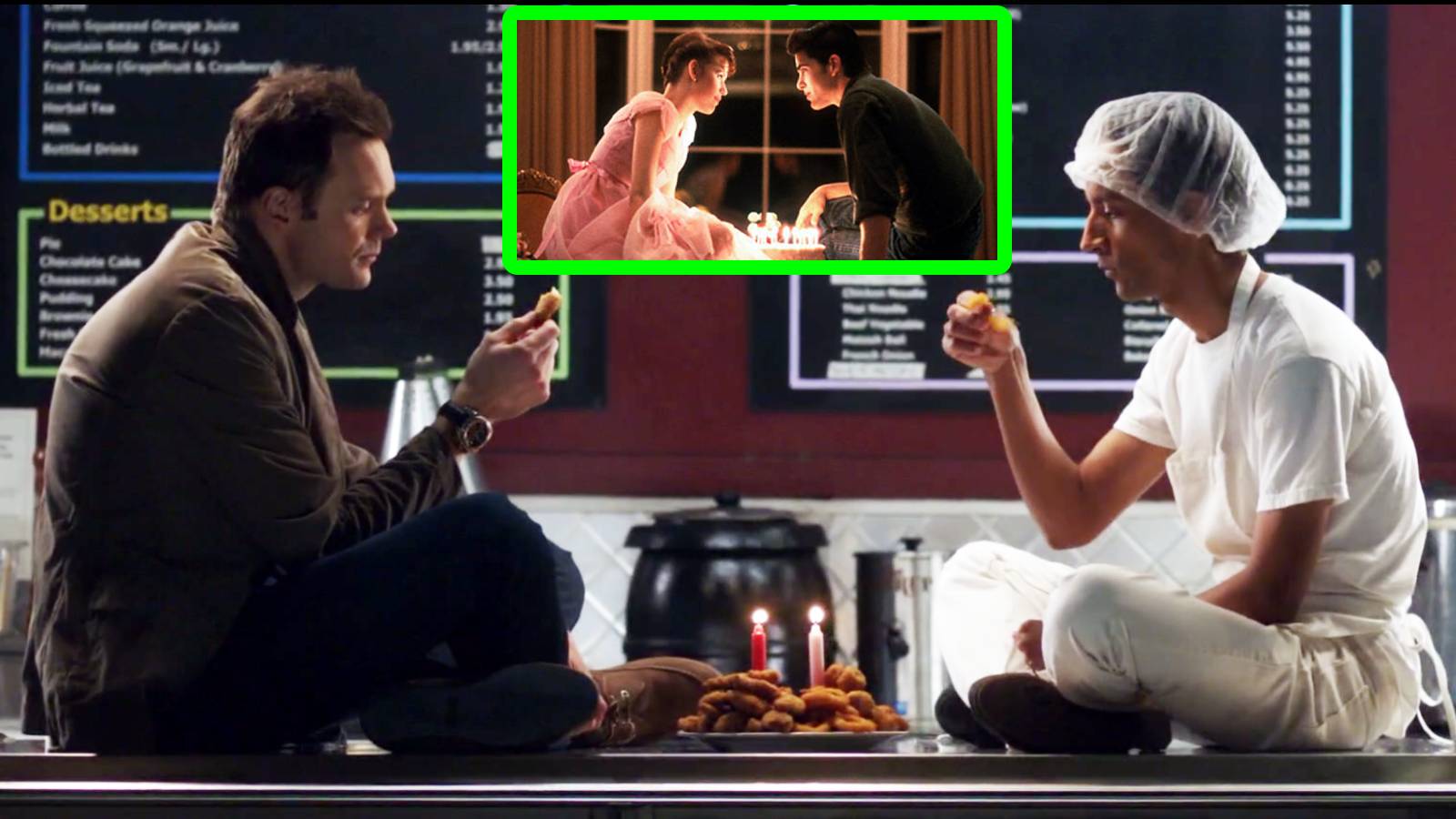 It just so happens that I’m in the middle of a “Community” re-watch, so you could imagine my glee at seeing this video pop up on Reddit.

YouTuber Yaron Baruch pulled off an editing feat that always struck me as SEVERELY underrated by those who have never edited video before: gathering a show’s movie references and giving viewers a side-by-side comparison to the original footage. We’re talking dozens of hours tracking down both examples of the scenes and matching up the sequences. And guess what? You hit LOTS of dead ends and unsuitable clips in the process.

As for “Community” more specifically, there are A TON of movie references featured throughout the show. Along with “The Simpsons,” I can’t think of another show more devoted to pop culture Easter eggs.

Some are pretty obvious. Many are even directly known or spoken about by the characters, like when Abed goes full-on “Dinner with Andre” with Jeff. But there are of course many more that might’ve gone over viewers’ heads, so revel in the full 13-minute video and see how many you caught in real time.

In this article:Community, Featured, My Dinner With Andre, Sixteen Candles